Home
dogs
10 Common Dog Breeds And Their Health Issues. Do You Own One Of These Breeds?

For nearly 4,000 years, people have breed dogs in order to obtain certain physical and mental traits. Breeding also increases the risk of health issues being passed along between generations. The same as in humans, conditions and defects are passed genetically from one generation of animal to the next. What’s really alarming is that a dog can carry a defect for their entire life without it ever becoming physically apparent.  They can pass that same defect onto their offspring where it can rise to the surface and create health problems. All dogs have breed specific   health issues that are often made worse by careless breeding and inbreeding. Most purebred dogs today are at a potential high risk for numerous inherited diseases. 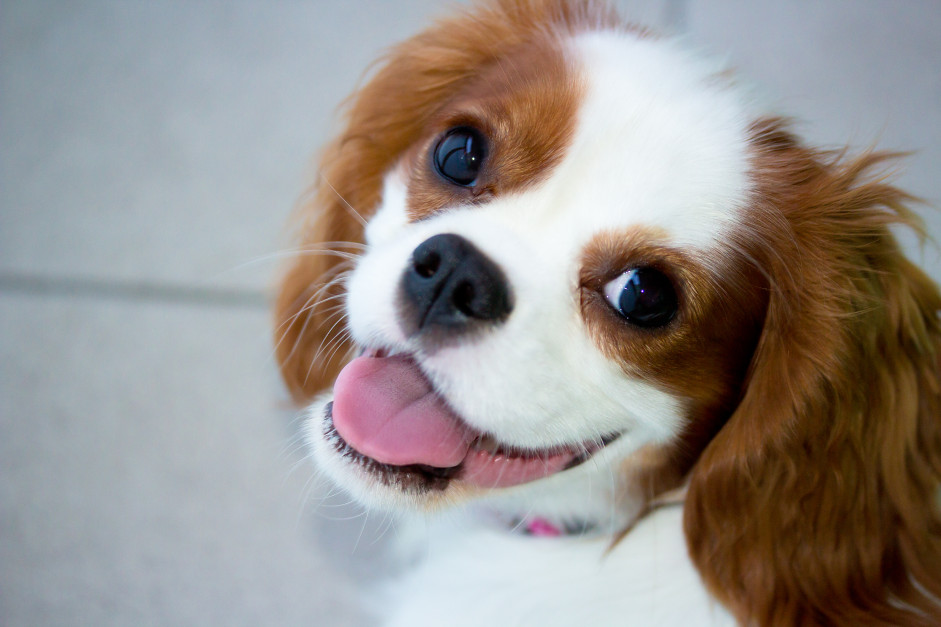 Cherished for their sweet dispositions, the Cavalier King Charles Spaniel is prone to various genetic disorders. By age five, up to 70% of Cavalier King Charles Spaniels will suffer from a neurological disorder where their brain becomes too large for their skull, a debilitating problem known as canine syringomyelia that causes severe pain and possible damage to the spinal cord. 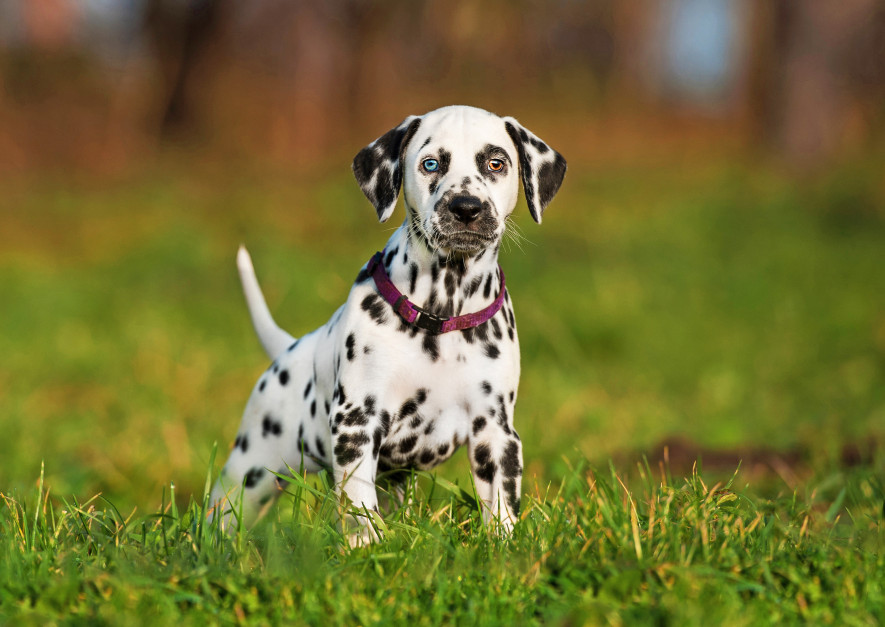 One of the leading health concerns for Dalmatians is deafness. In fact, 8% of Dalmatians are born completely deaf, and almost 24% are born with deafness in one ear. The Dalmatian also has a unique urinary tract system which makes them more susceptible to Urolithiasis, or urinary tract stones. Depending on the size of the stones, the urinary tract may become blocked, and the condition is often fatal if not treated promptly and correctly. Always consult your veterinarian with questions and concerns. 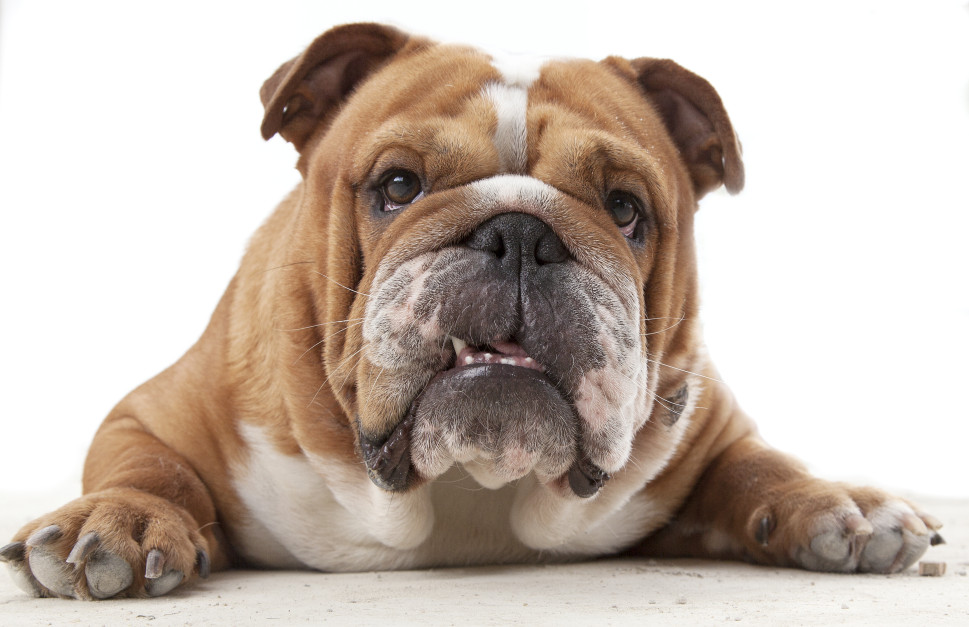 Because of their adorable smashed-in faces, bulldogs often suffer from breathing problems, which have intensified due to inbreeding over the years. The Bulldog belongs to a breed family called Brachycephalic breeds. Members of this group have an easily recognizable “pushed in” face, and have health issues resulting from their physical makeup. Other members of this family include the pug, the Boston terrier, and Shih tzu. The Bulldog’s small nostrils, elongated soft palate, and wrinkly skin can cause their own separate issues. These breeds have been been overbred for years that they have a normal size lower jaw and a compressed upper jaw. In the Brachycephalic breeds, there is a higher risk for an elongated soft palate, which partially obstructs the airway during breathing. These factors cause a decrease in tolerance to exercise, high temperatures, and excitement. Extreme heat or too much exercise can cause a bulldog to struggle to breathe, so it’s best to keep them indoors on hot days. 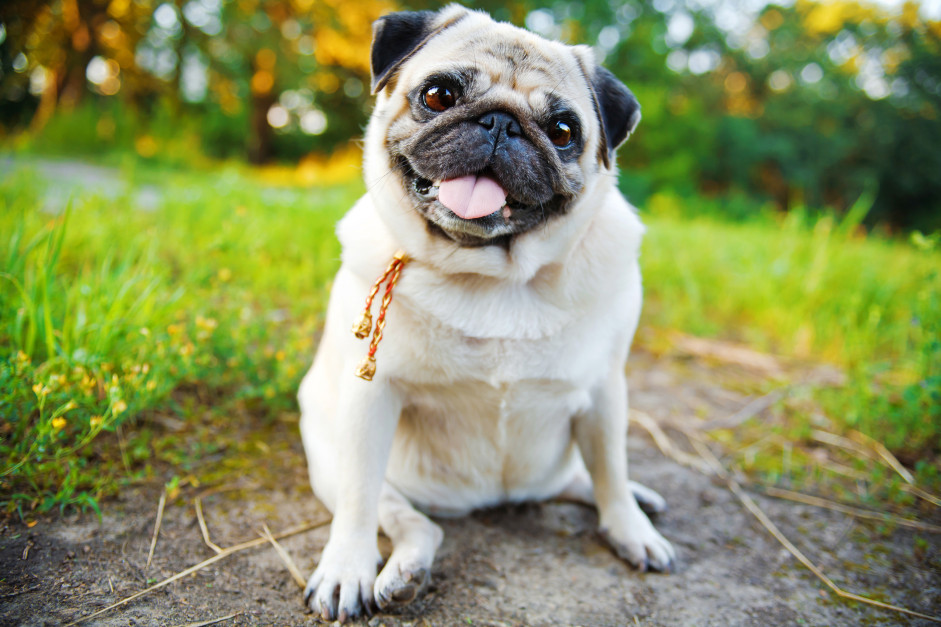 Like the Bulldog, pugs belong to the Brachycephalic family. Their adorable flat face, while charming, can lead to the same breathing problems mentioned previously. One of the most defining features of pugs is their big eyes, and while they are precious, these oversized peepers can be a cause for concern when dealing with a curious pup. Protecting their eyes from injury often becomes a full time job for many pug owners. Some common eye issues that pugs develop are corneal ulcers, cataracts, and distichiasis. Because of their wrinkly skin, pugs are also known to develop skin issues and rashes, commonly found along their facial folds and lips. Although most pugs prefer to stay inside and avoid extreme temperatures, they are known to become overweight, so moderate exercise is important. 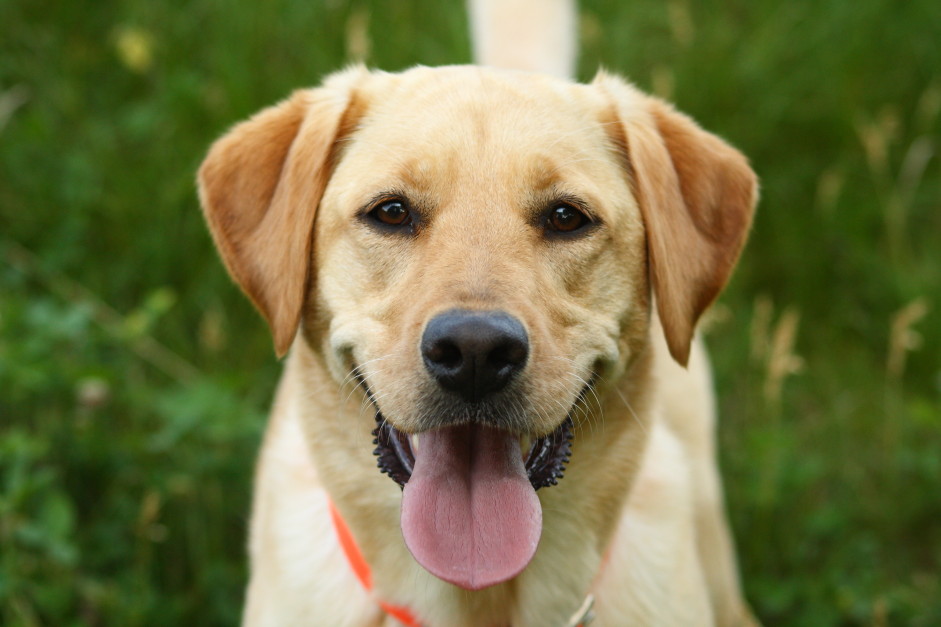 Labrador retrievers are known for their affectionate and easygoing nature. Although there are relatively few health issues directly related to this breed, their overall health is dependent on their daily exercise. Labradors are prone to obesity, which can lead to cardiovascular issues later in life. Labs need plenty of exercise and stimulation in order to reduce their risk of health issues. Like most large breeds, labs are at a higher risk for hip dysplasia. 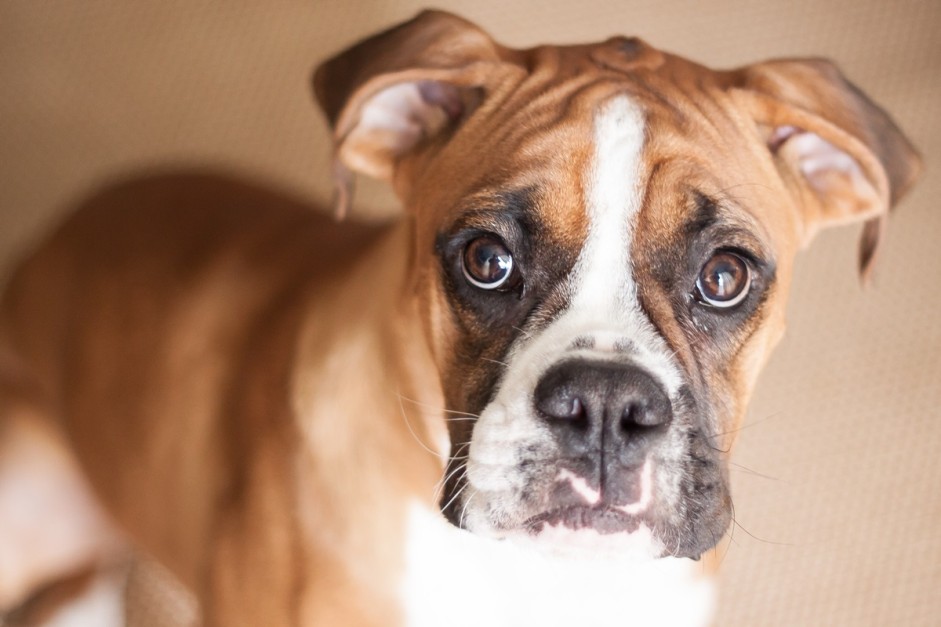 The energetic and loving boxer is a family favorite, and their goofy nature makes them an excellent addition to a household. Despite their funny personalities, boxers have some serious risk for certain health issues. Boxers have an increased risk of developing certain types of cancers, most commonly lymphoma and mast cell tumors. In both types, the early stage of the cancer is often felt as a bump or lump on your dog’s body. Because of their large size, boxers are also at risk for developing hip dysplasia. If you own a boxer, be sure to check them regularly for lumps, and reach out to your vet with any concerns. 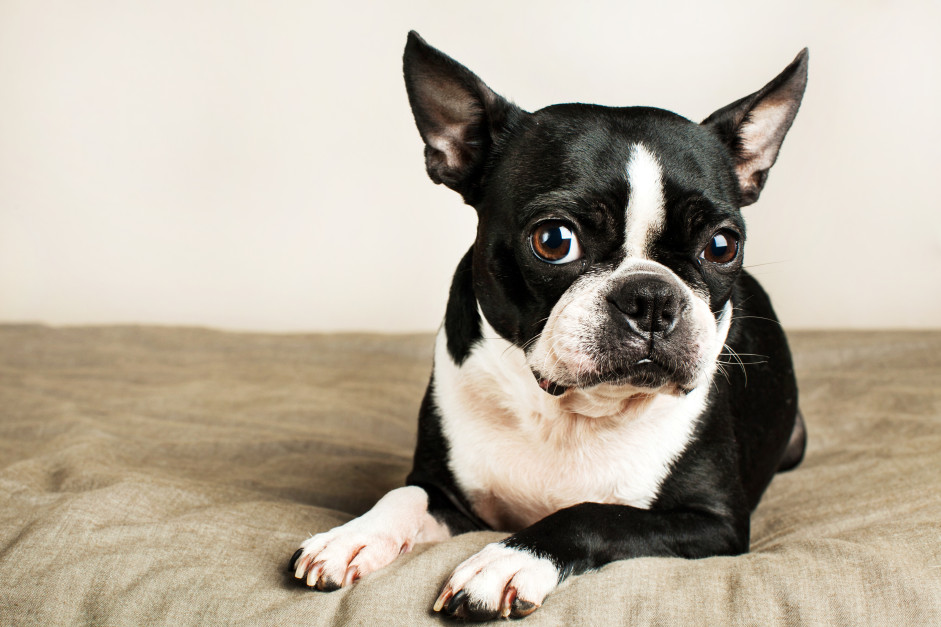 Because of their prominent and large eyes, Boston Terriers are commonly victim to a number of eye problems. Boston Terriers are prone to developing cataracts, both juvenile and adult. Cherry eye is another common eye issue associated with Boston Terriers. This condition is believed to be genetic, and frequently occurs in dogs that are less than a year old. Cherry eye occurs when a tear gland pops out from behind their third eyelid, and it gets its name because the protruding gland is round and red. 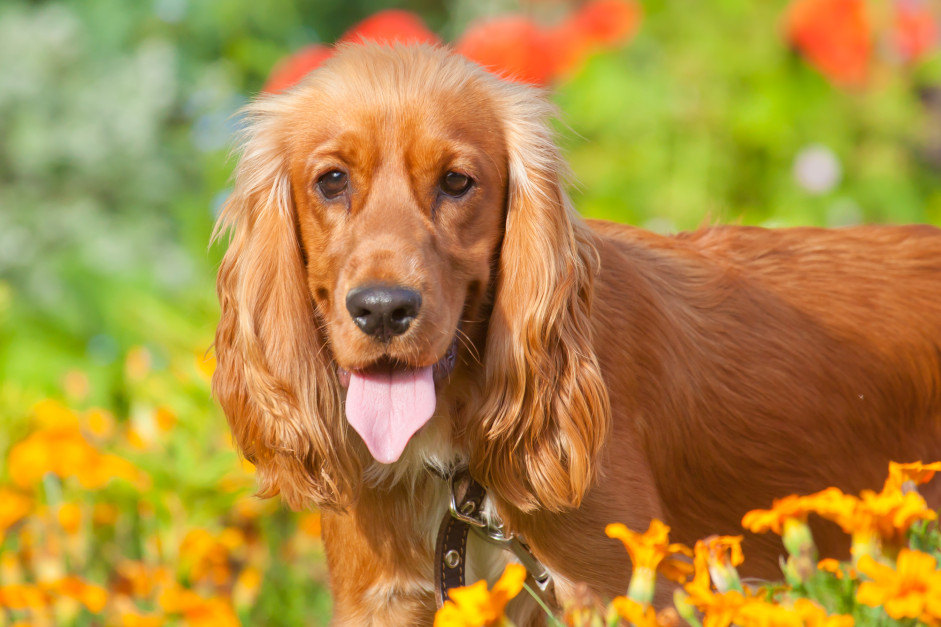 Cocker spaniels, with their fluffy ears and gentle faces, are adorable and sweet, and are a common choice for a household companion. Cocker spaniels and basset hounds – or any dog with adorable, floppy, furry ears – are prone to chronic ear infections and problems. As a responsible pet owner, you need to make it a habit to clean their ears properly, and trim any hair growing inside the ears in order to keep the ear canal dry. Repeated ear infections have the potential to cause long-term problems down the road, such as deafness, so staying on top of their hygiene is essential.

Toy breeds are loved for their small size, feisty and loving temperaments, and companionship. Some of the most popular choices for toy breed owners are the Chihuahua, Yorkshire Terrier, and the Shih Tzu.  Unfortunately, these pint sized pups are at risk for a number of diseases and conditions. A common problem in toy breeds is the risk of developing a collapsed trachea. Because of their small size and negligent breeding, the cartilage that normally holds the trachea open is weak, so the trachea flattens. Another common problem with toy breeds such as the Chihuahua, Yorkshire Terrier, and Shih Tzu is patellar luxation. Patellar luxation, or the persistent dislocation of the kneecap, causes the dog to hobble or limp. In most cases, the kneecap will realign itself, but in severe cases medical attention might be necessary.