Home
all animals
Rescue Group Begs For Help On Facebook, Then ‘Hurricane Hero’ Drives 400 Miles To Save Dogs

Even before Hurricane Harvey hit the Gulf Coast of Texas on August 25, 2017, authorities warned several residents to evacuate their homes.

Of course, that includes our four-legged friends as well. Most owners knew to make preparations for their pets to stay dry, but things got tricky for a couple of foster dogs shown below.

Lucky Lab Rescue and Adoption put out a call on social media the Thursday just before the storm hit. They were begging for someone to volunteer to help transfer two pups, Thelma and Hercules, to a safer area.

They were more than happy when a young man named Connor quickly decided to step up and make the drive from Austin to Corpus Christi — and right back again with the dogs in tow.

Take a look below to hear more about the incredible young man the organization now calls their “hurricane hero.” You can learn more ways to help those affected by Hurricane Harvey here!

If you’re looking for ways to help the victims of Hurricane Harvey, consider donating to the Red Cross, or take a look at these nine ways you can lend a hand. 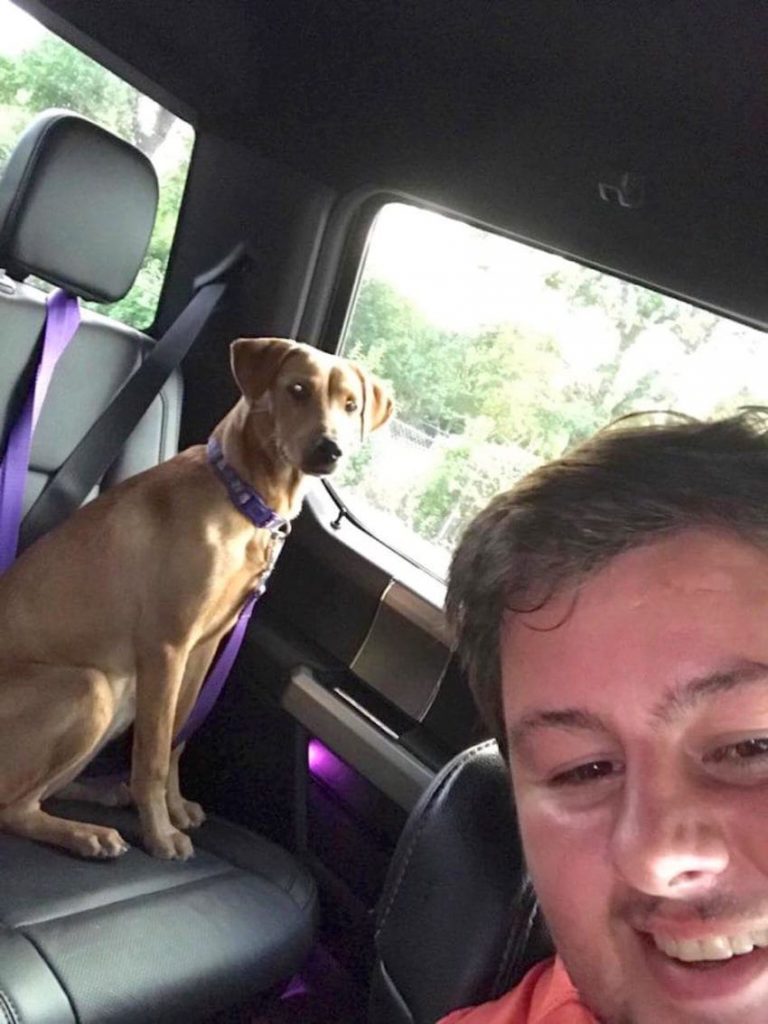 In their words, the young man “dropped what he was doing, jumped in his truck, drove down to Corpus from Austin and saved them.” 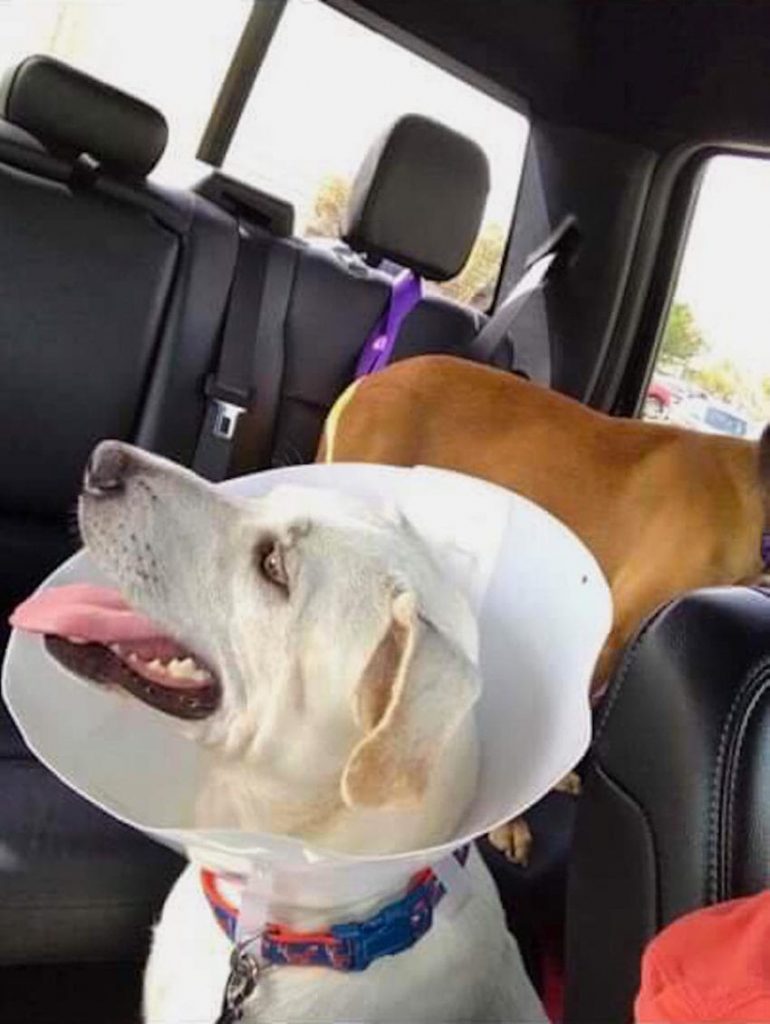 Ordinarily, they prefer to transfer cuties in crates to keep them safe. But since they were crunched for time, they instructed Connor on how to keep the dogs secure in his back seat.

Poor Hercules had to make the trip with his “cone of shame” because he’d recently been neutered, but he seemed content while on the road. 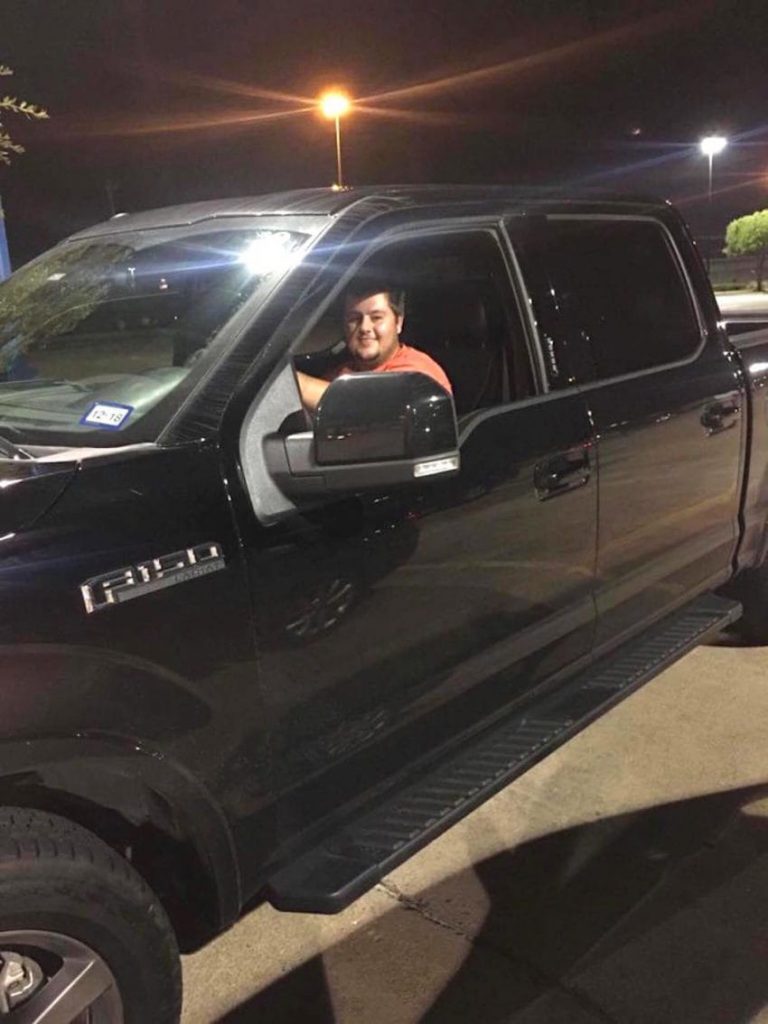 According to estimates on Google Maps, it takes over three hours to get to Austin from Corpus Christi.

That means Connor spent at least six hours, if not more, volunteering his time to make sure both dogs were delivered safely. 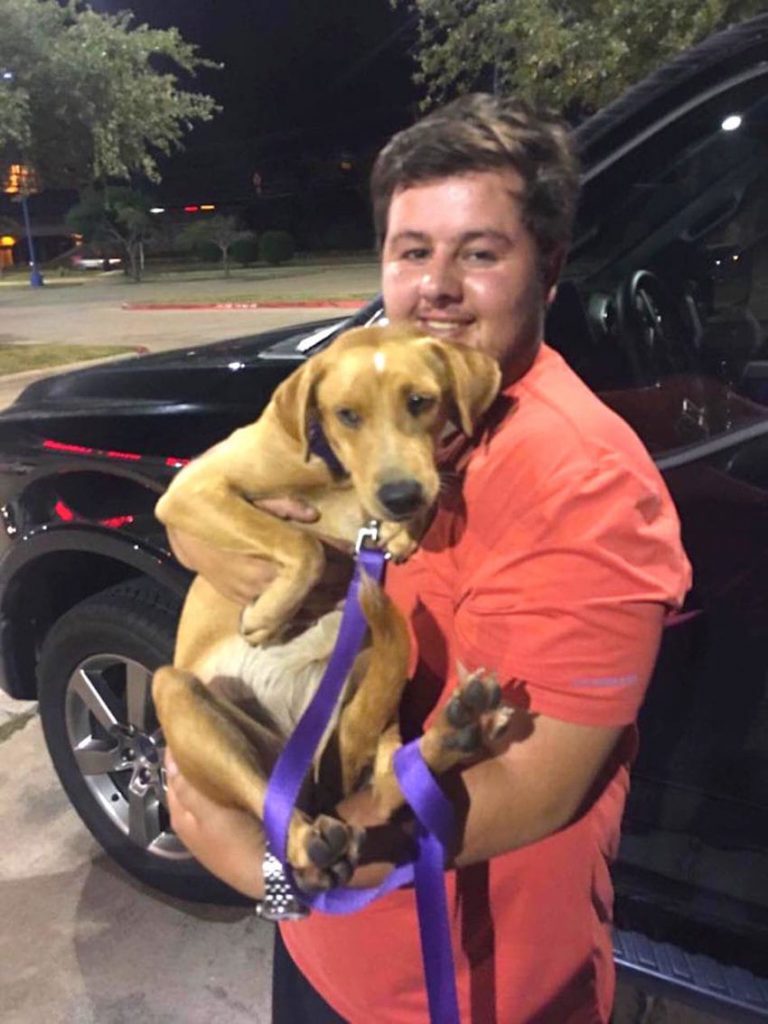 Connor told the Dodo that he had just finished up a summer job and was about to head back to school when his mother, who volunteers with Lucky Labs, showed him the post asking for help.

“I said, ‘Why not?’ And jumped in my truck. I didn’t really think — I just figured someone needed to help them.” 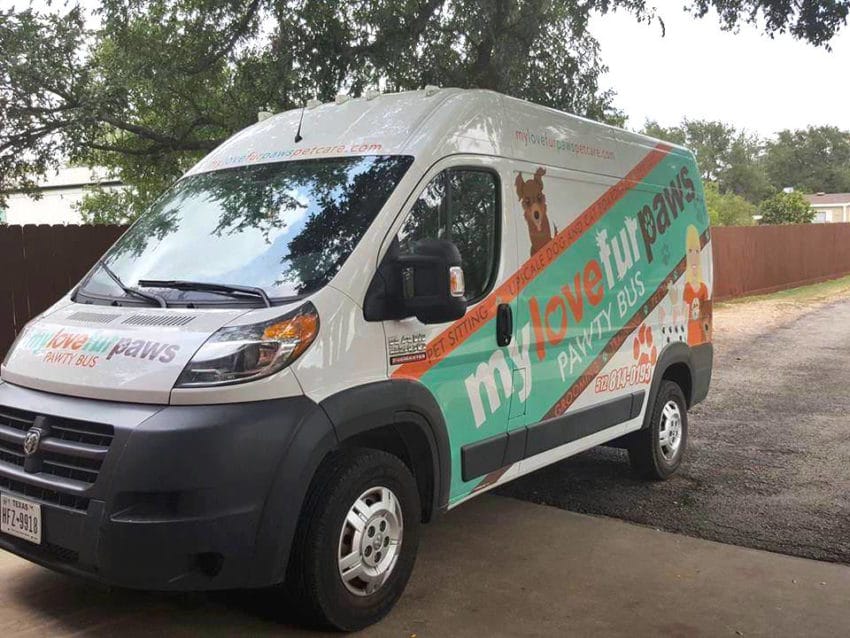 Both Thelma and Hercules have since been safely re-homed with new foster families.

Lucky Labs isn’t done helping animals in need as the devastation of Hurricane Harvey continues, however. They already have plans to continue well after the storm has ended. 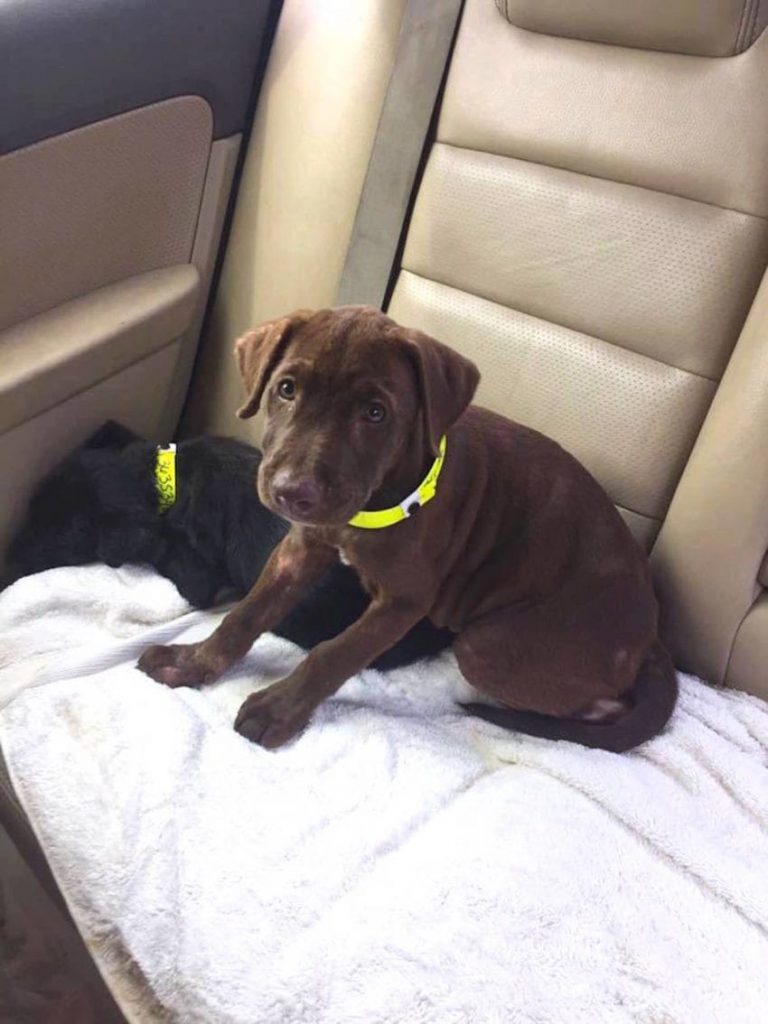 Don’t worry, despite the name of their organization, they aren’t focused solely on Labrador retrievers while ignoring other breeds in need.

According to their official website, the organization isn’t picky: “If we come across a great dog in need, we save them!” 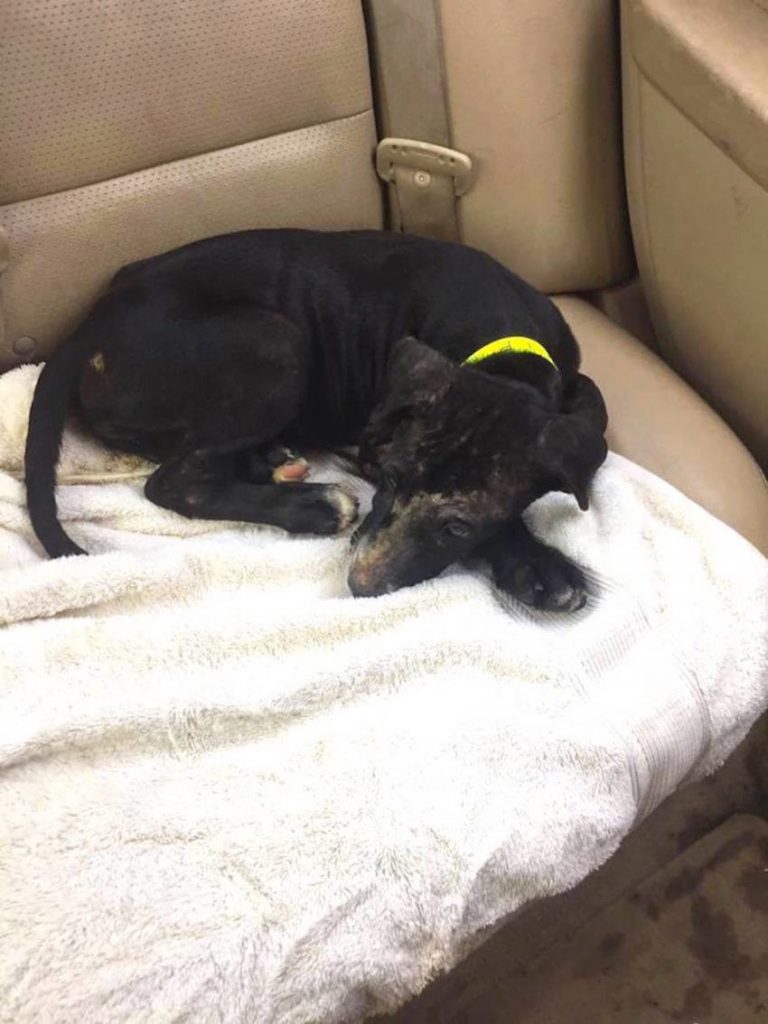 Their goal is to save as many animals as possible from being euthanized at other shelters that are likely to become overwhelmed with strays in the wake of the hurricane. 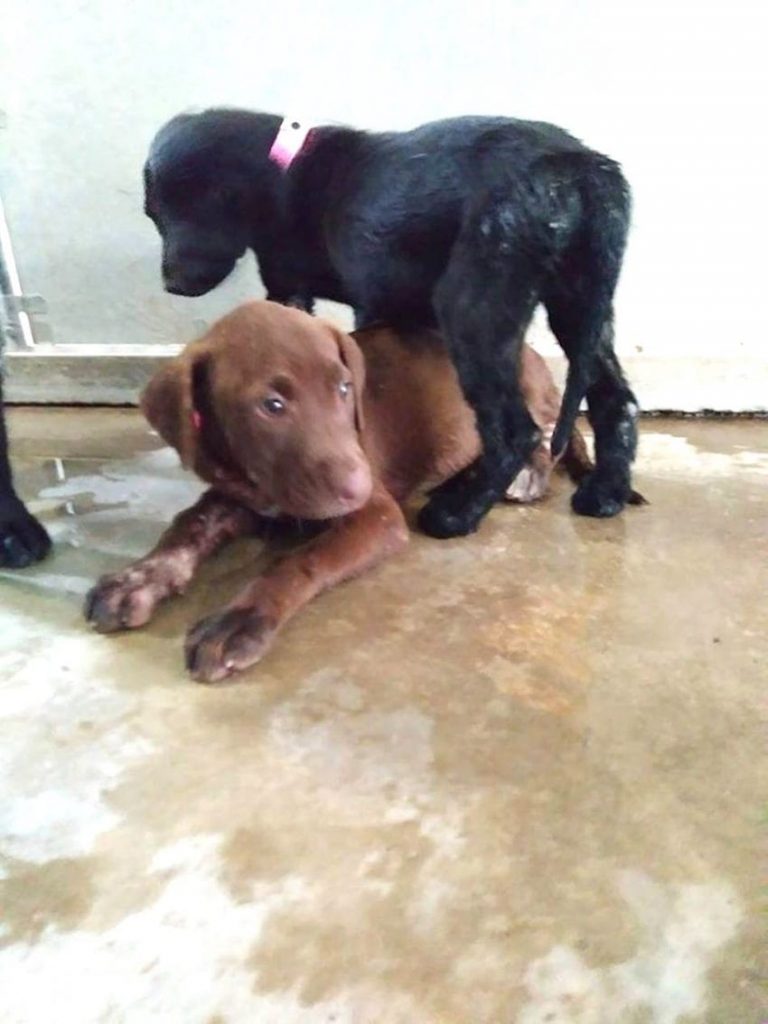 They also provide much-needed medical care for precious pups, like the pair shown above who were rescued from the storm.

To do that, of course, they rely on amazing volunteers like Connor and kind donations from those able to make contributions.