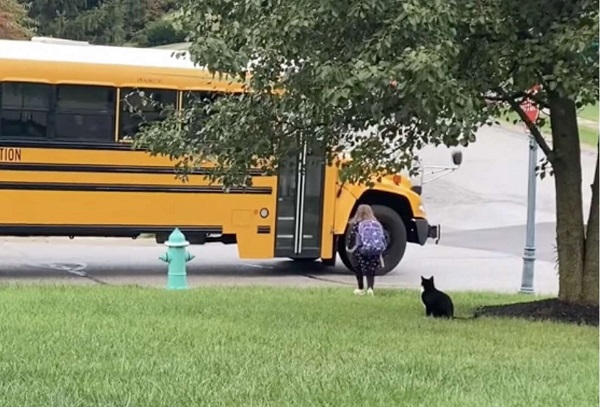 For many parents, a new school year means seeing their kids off to the school bus every morning. But in one family, that duty belongs to their rescue cat who walks his little girl every day to the school bus.

Jessica Leatherman is the owner of a cat named Craig, who she rescued from an animal shelter in 2019. Ever since he was adopted by Jessica and her family members have fallen head over heels for him! 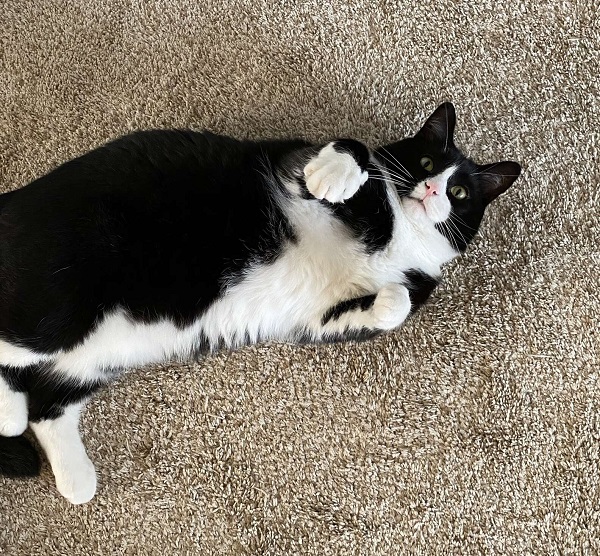 He never goes back to the house until the bus has driven away.

He definitely has his hands full with this one. He always seems to be doting on Jessica’s 7-year old daughter and now takes it upon himself to make sure she gets safely dropped off at school every morning, as evidenced by a funny video posted online!

As the first-grader waits for her bus, Craig loyally stands guard by her side. He never goes back to the house until the bus has driven away. 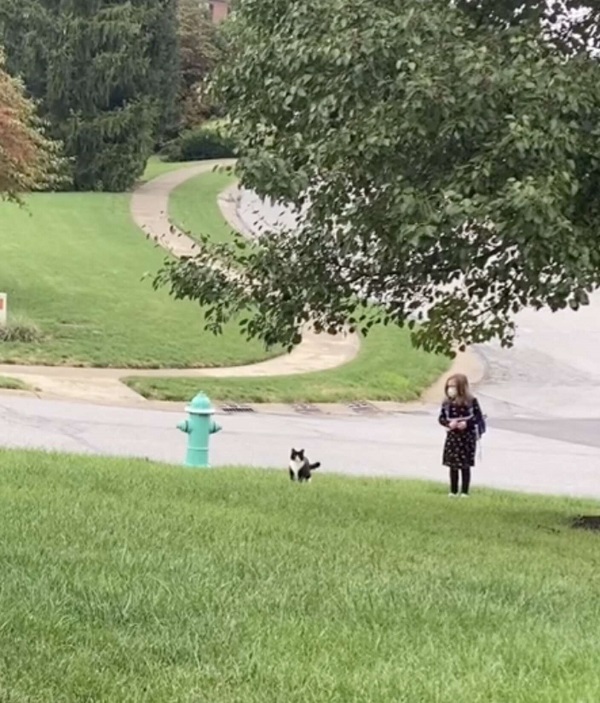 Jessica says that Craig’s “bus duty” is something the cat started doing unexpectedly. “Completely on his own, he decided to take on the job himself,” the video says.

“The bus stops right in front of our house, and I figured I’d let him come outside [so he could] hang out with me,” Jessica told us. “But instead of me, he chose to hang out with her, and he followed her down the sidewalk and down the driveway and just sat there the entire time she was waiting for the bus.”

The original TikTok video, which has been viewed over 6.3 million times, says that Craig is “a rescue cat no one wanted.” He had spent 8 months in an animal shelter before the family gave him their loving home. 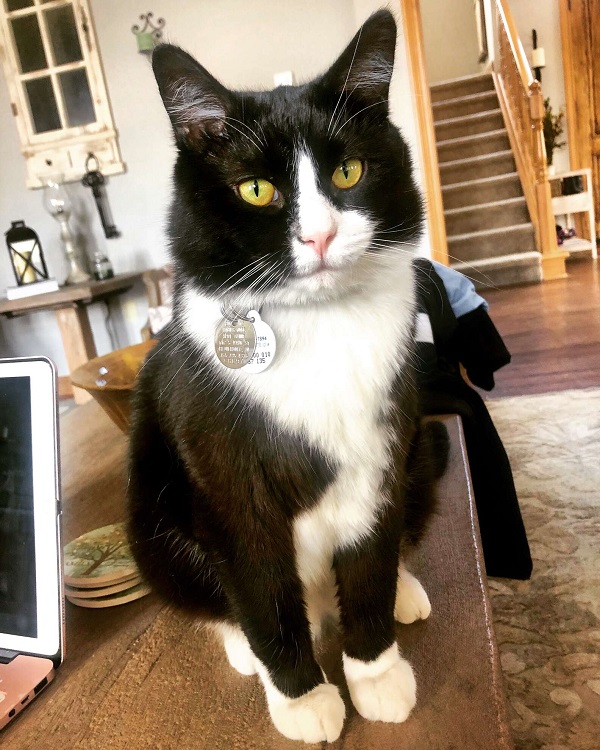 It seems that Craig is eager to repay them by taking good care of his favorite 7-year old. Jessica says the two are like “two peas in a pod.”

The video also says that he’s become a “local legend.” “Now all the neighborhood kids know him, and the whole bus is like, ‘Craig!’ whenever they pull up,” Jessica told us. “So he’s just kind of become this sweet little neighborhood mascot in a way.”

Jessica says her loving cat keeps her daughter company every day. And not only that the rescue cat who walks his little girl every day to the school bus, but he’s also there waiting when she gets home from school — and she shows him plenty of love.

What a sweet kitty. We’re so glad this “cat who no one wanted” found such an amazing home and has someone to take care of them every day!

Besties for life! I noticed today that Craig sits when he sees the bus. Also, look at his tail wag! 😂🤣 #craigthecat #busduty #ThatCloseMessenger