This is Maggie. She’s a Shih Tzu-Chihuahua mix and her rambunctious personality has earned her tons of love from all the people she meets! 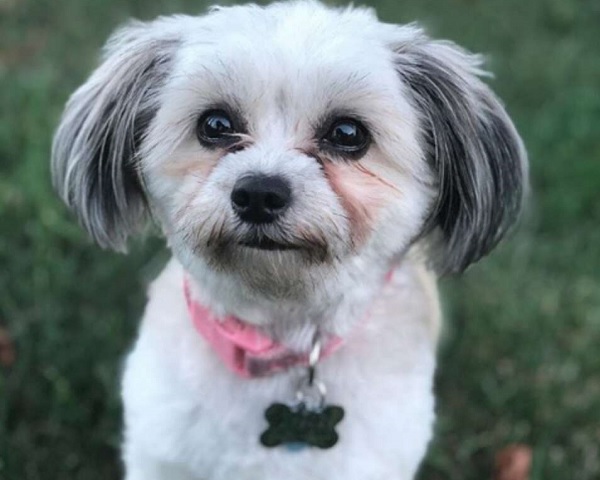 She doesn’t mind showing off her happiness, but one day something happened to make it even more fun.

Maggie lives in an apartment with her owner Eunice, who told us “She is the cutest! She has quite a personality. Maggie loves to cuddle but also yap at times.” 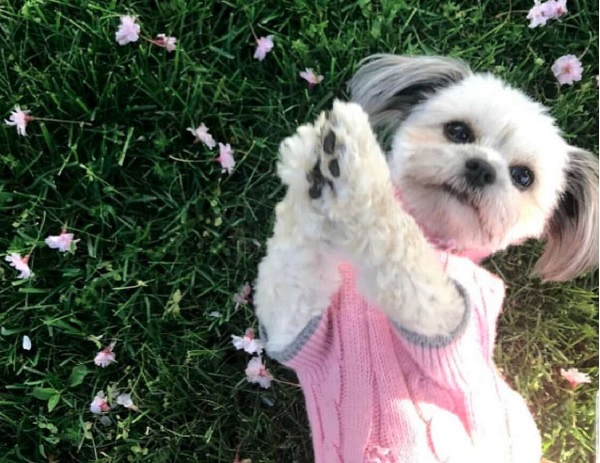 Maggie’s recent performance has thrilled the hearts of millions.

One day, while Eunice’s father was home alone, and decided to take a nap. He stretched out on the couch with his eyes closed before falling asleep where he set his dentures down for safekeeping!

It was a shock to wake up and find that his teeth were gone. So he searched around looking for them but couldn’t seem to locate anything interesting enough. He noticed Maggie under the table in the living room.

That’s when he realized that his teeth weren’t gone, they were just hiding. And it was Maggie who took them! 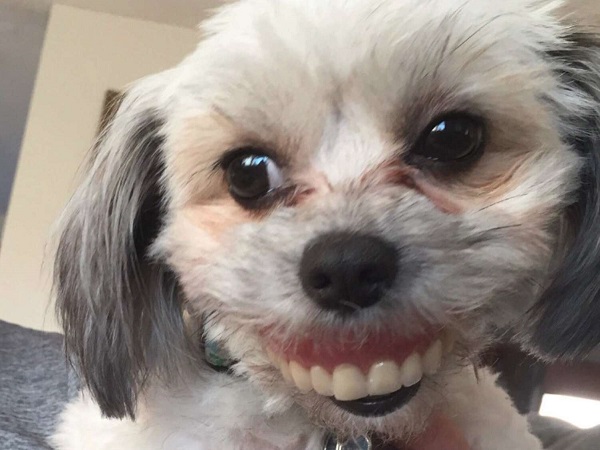 This pup sure knows how to have a good time! Maggie was at it again, this dog with dentures showing off her new choppers. And she appears to be quite pleased with herself too- in case you couldn’t tell from that goofy look on her face and all those little jumps for joy.

When Eunice’s dad saw that she had gotten her first two teeth in, he couldn’t help but snap some photos and send them to her and said,  “I was in literal tears.” 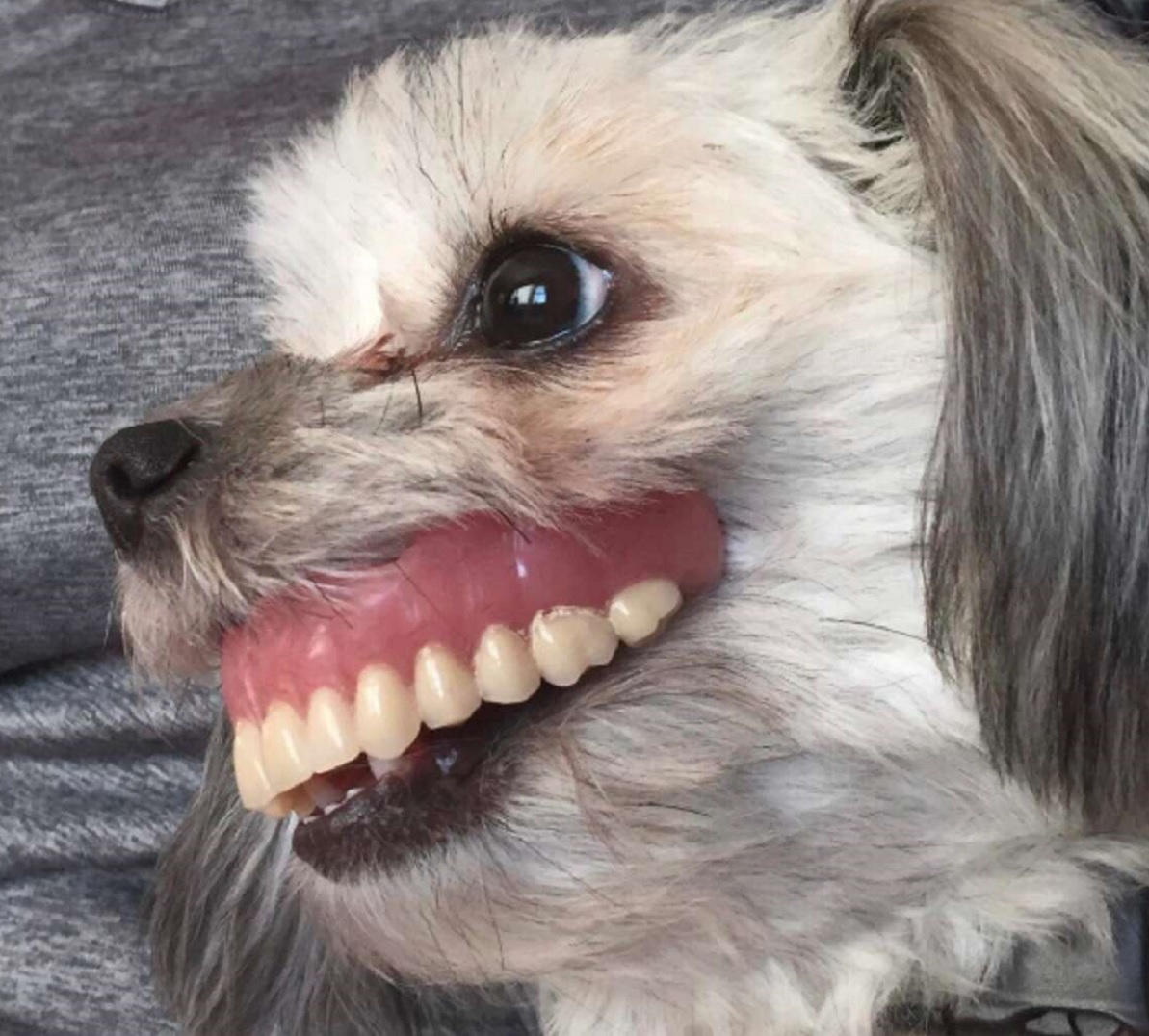 After composing himself, Eunice’s father nabbed his dentures back from the silly pup, washed them off, and put them in.

It’s hard to say what tricks that mischievous Maggie will be up to next, but we’re sure she is plotting something… 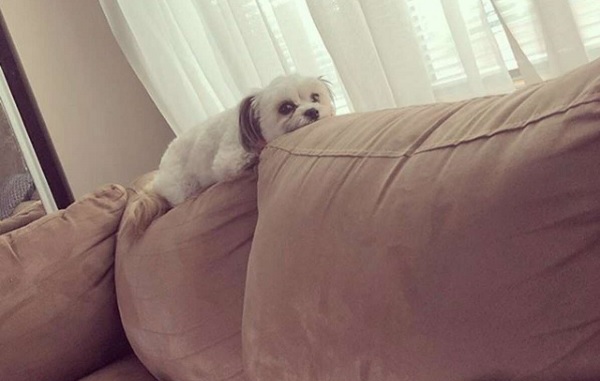