As delighted visitors watch Phillip Island’s penguins waddle ashore, few would be aware that they have more than just sea eagles threatening their safety on the oceans each day. 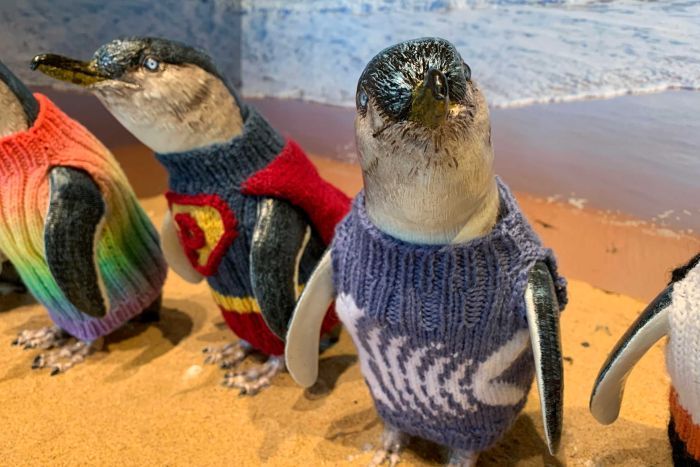 “Thankfully 96 percent of them were successfully released and penguin rehabilitation jumpers played quite a big part in that.”

Oil can be fatal

The Penguin Parade Visitors Centre on Victoria’s Phillip Island has recently reopened after a $58 million upgrade and is calling on the public to help protect the much-loved little penguin.

When a little penguin is exposed to oil, it will stick to its feathers and the birds will try to preen and clean the oil off.

In doing so, they can swallow the substance and that can be fatal.

“So little penguin jumpers act as a rehabilitation tool. They are temporarily placed on the penguin and it stops them cleaning it off,” Ms. Barker said.

When they are rescued off the beach, they come here to the Phillip Island Wildlife Clinic where experts will put on a little-penguin jumper. 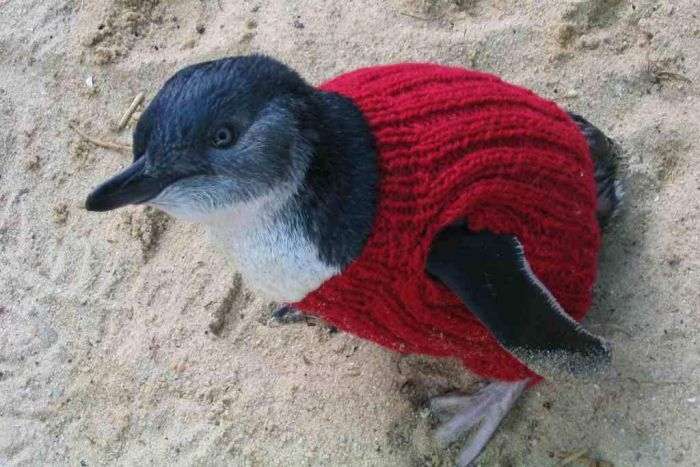 They will wear that temporarily until they can be washed, cleaned and then will recuperate at the clinic.

In 2014, an ABC News story on the Knits for Nature program was posted online and in response, the program received tens of thousands of little knitted jumpers.

Despite good intentions, many jumpers were the wrong size, shape, or had embellishments that were unsafe for penguins.

Although Phillip Island’s penguins could not wear most jumpers, they were still put to good use by putting them on penguin plush toys to raise funds for penguin conservation, over the past five years more than $185,000 has been raised.

“Tens of thousands were sent in from around the world and we were really grateful, but unfortunately most weren’t suitable for penguin rehabilitation,” Ms. Bellett said. 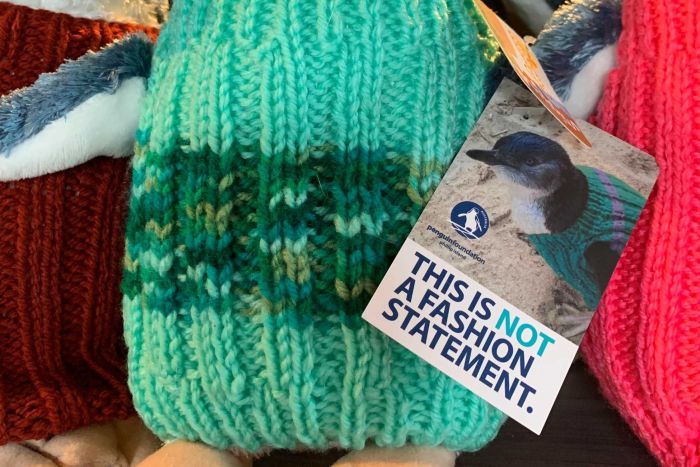 “There’s been lots of patterns and amazing creativity that has come out of these donations. Some of them have been exuberant. 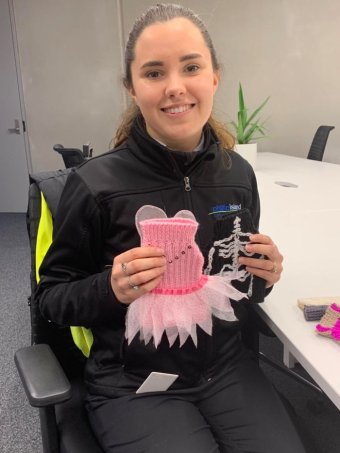 “We’ve had capes, neckties and all sorts of things which are wonderful and really do well in the sales department, but not so much for our little penguins that are oiled.”

Avid knitter Lyn Blom has been making rehabilitation jumpers for years and said she never wanted to see penguins wearing them again.

“It is very sad to see them wearing a knitted jumper that I’d made because it meant that the penguin was uncomfortable, sick and needed our help,” Ms. Blom said.

Read the instructions
Penguin Foundation Coordinator Jaquelina Alves-Ferreira collects the jumper donations and decides which ones are suitable for rehabilitation.

“People email me and express their interest in knitting some jumpers for the foundation and Ill send them the pattern, they will then send me the completed jumpers,” Ms. Alves-Ferreira said.

“Once they’ve sent them I’ll sort them and if they are suitable for penguin rehabilitation, I’ll send them over to the penguin hospital.

“If they’re not suitable but they’re really nice and colorful then I’ll keep those for the kids or to sell them in the retail store.”

“There are a few fairy costumes that we’ve had sent in with little wings and tutus, and even come with a wand. My favorite is a teddy bear onesie with teddy bear ears and a little hoodie.”

Penguin rehabilitation jumper designs and patterns can be found at penguinfoundation.org.au.