Stacey Vavrinek was sitting at her picnic table with her neighbor when she saw something move out of the corner of her eye. Something — or someone — was hiding in the plastic dinosaur that decorated her cactus and succulent garden. “When I looked down, his little head was sticking out of the dinosaur,” Vavrinek told us. There are two things Vavrinek’s garden is full of lizards and plastic dinosaurs. But she’d never seen one inside the other. 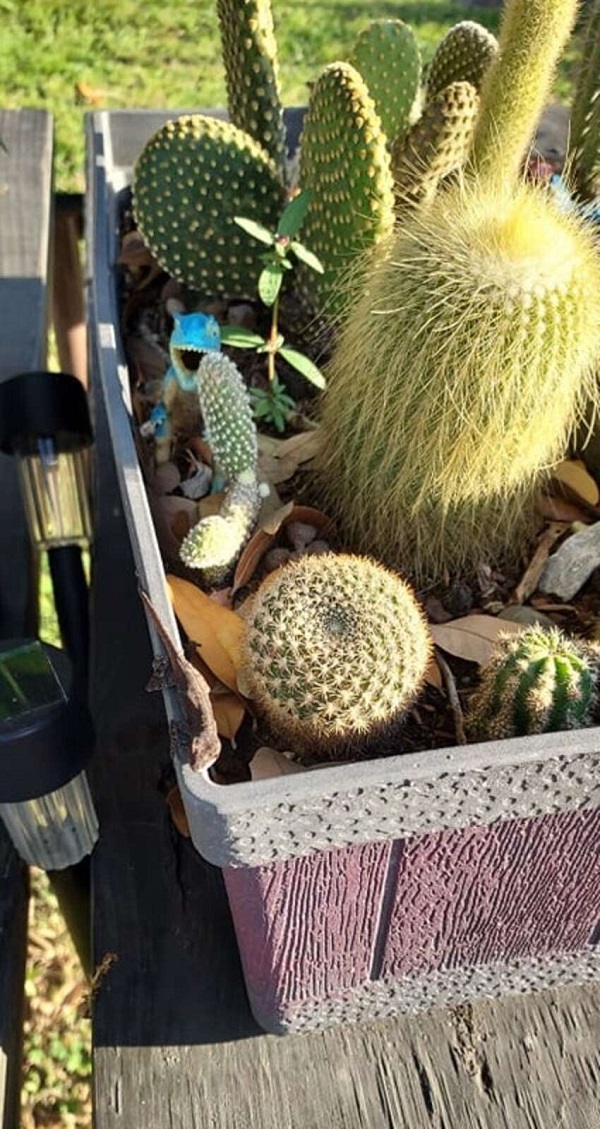 “My neighbor Michael is an avid gardener and has the most amazing plants. As a joke, I hide dinosaurs in his garden in the middle of the night,” Vavrinek said. “Then he puts them in my garden, and it just goes back and forth as a joke between neighbors. Now everybody’s got millions of dinosaurs in their gardens.”

The little lizard clearly thought he was blending in perfectly, but to Vavrinek it looked more like he dressed up for Halloween. 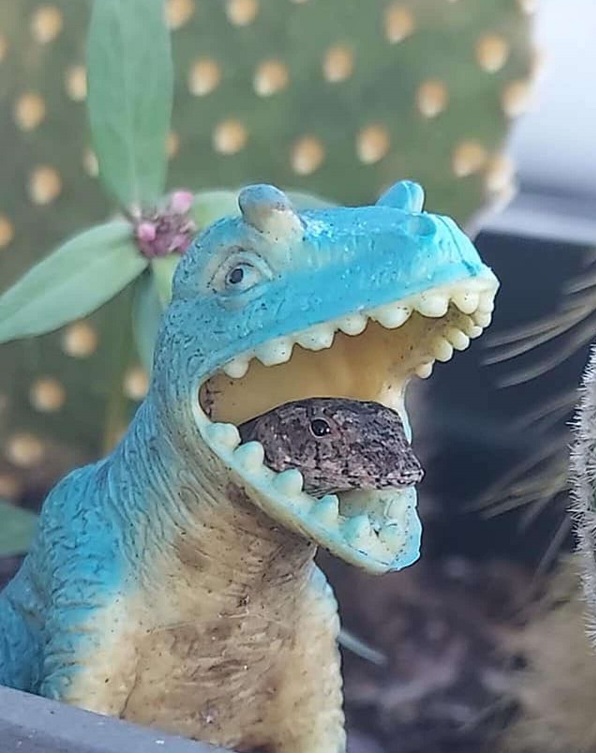 “I could not even believe this,” Vavrinek wrote on Facebook. “There is a little lizard in my dinosaur from my cactus garden … I think he’s trying to trick-or-treat.”

The lizard was clearly comfortable in the dinosaur and decided to make it his home. Now, over a week later, the little lizard can be found sunning himself on the edge of the cactus garden or sleeping in his beloved dino. And he’s become a bit of a local celebrity in Vavrinek’s Florida neighborhood, too.

“I checked on him today when I got home from work, and he is in the dinosaur,” Vavrinek said. “He’s not afraid of us, but so many people have been coming to look at him that he’s a little shyer and gets a little bit deeper down into the dinosaur.”

The plastic dinosaurs have brought Vavrinek and her neighbor joy — and she’s glad a little animal is finding comfort in them as well. “He just loves it,” Vavrinek said. “He just sits in there and he just loves it. So that’s just where he’s living right now.”