Every day, police officers around the country have to say goodbye to their partners. Whether they’re leaving the force or they’ve passed away, it’s always hard to bid farewell to someone you’re so close with.

Police officers often save their partners’ lives — many have done so multiple times.

For some officers, though, the partnership is a little different. Not all cops have human partners — some have K-9 partners.

These K-9s are dogs that have been trained from a young age to work alongside police officers. They sniff out illegal substances, patrol neighborhoods, and catch bad guys.

Usually, these K-9s live with their partners as a member of the family.

This means that the dog is not just part of the officer’s work life but also part of their personal life. They grow extremely close to one another, and they depend on each other for both safety and comfort.

When the K-9s reach the end of their lives, it can be devastating for their human partner. 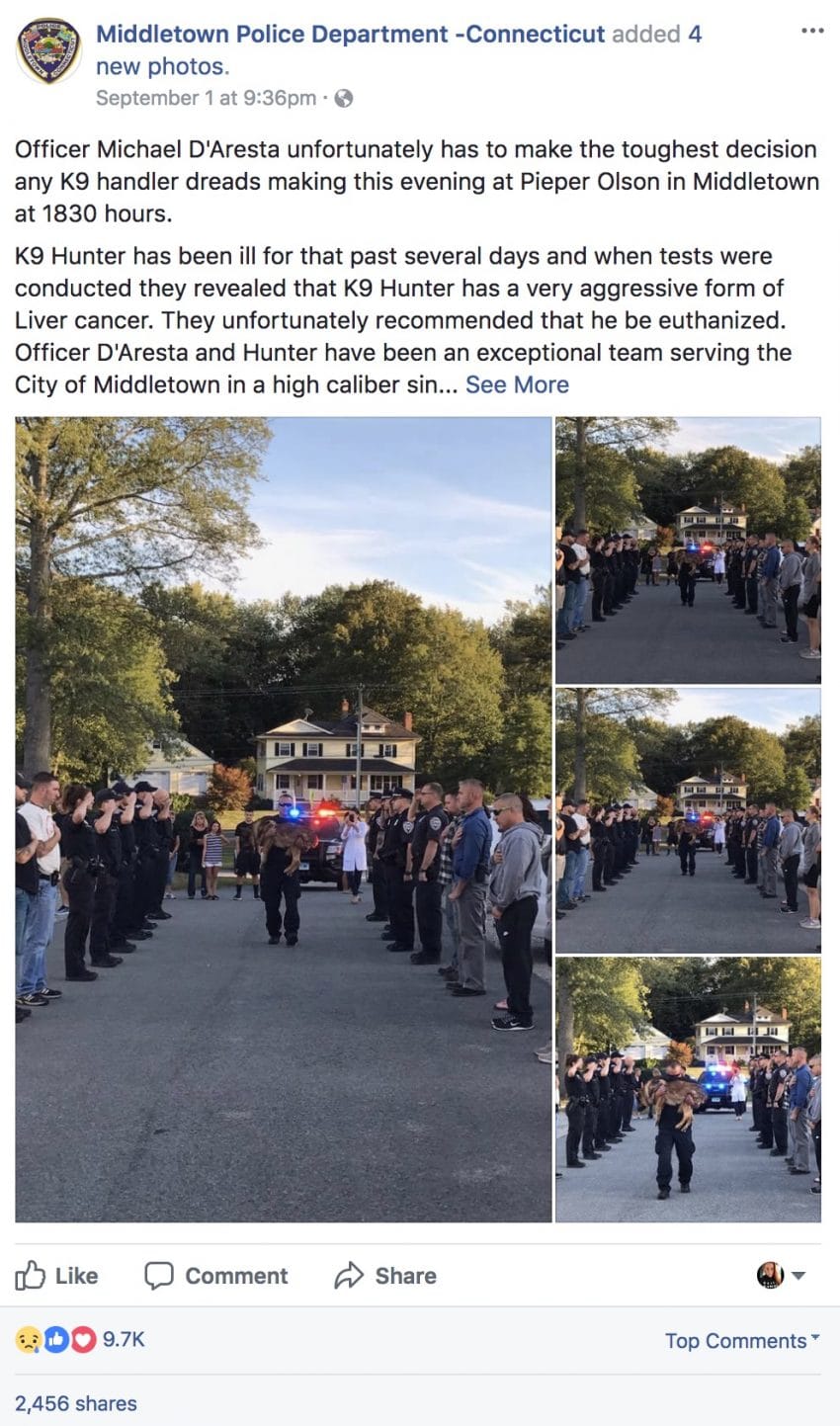 The Middletown Police Department in Connecticut recently had to say goodbye to one of their K-9s, Hunter. His partner, Officer Michael D’Aresta, took it particularly hard.

The department posted about Hunter on their Facebook page, and within less than a week, the post had almost 10,000 reactions and nearly 2,500 shares. 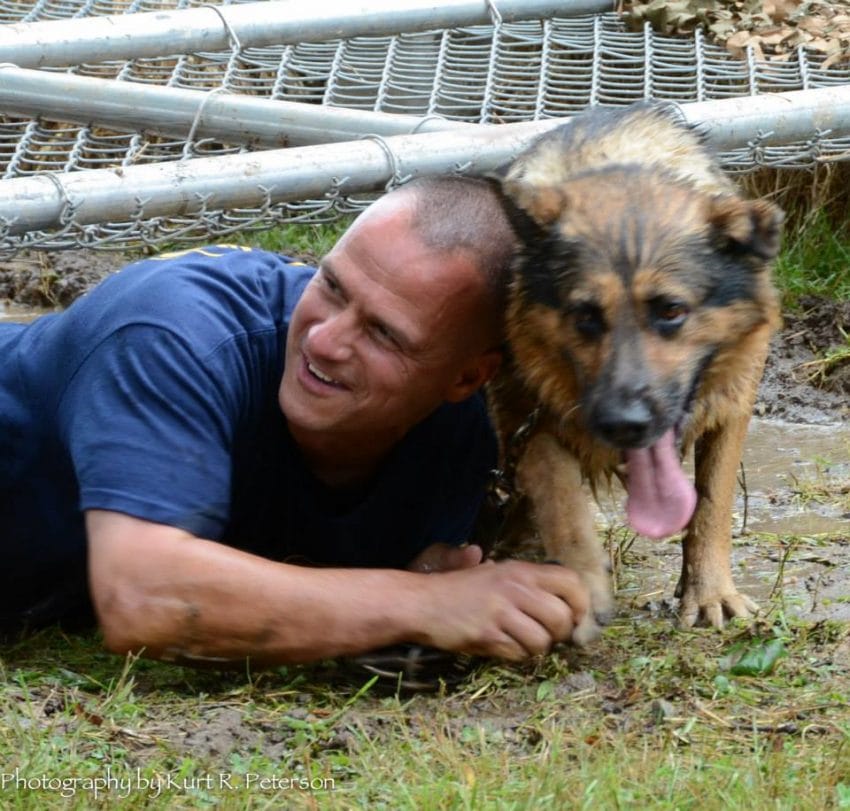 Officer Michael D’Aresta, unfortunately, has to make the toughest decision any K-9 handler dreads making this evening, at Pieper Olson in Middletown at 1830 hours.

K-9 Hunter has been ill for that past several days and when tests were conducted, they revealed that K-9 Hunter has a very aggressive form of liver cancer.

They, unfortunately, recommended that he be euthanized. 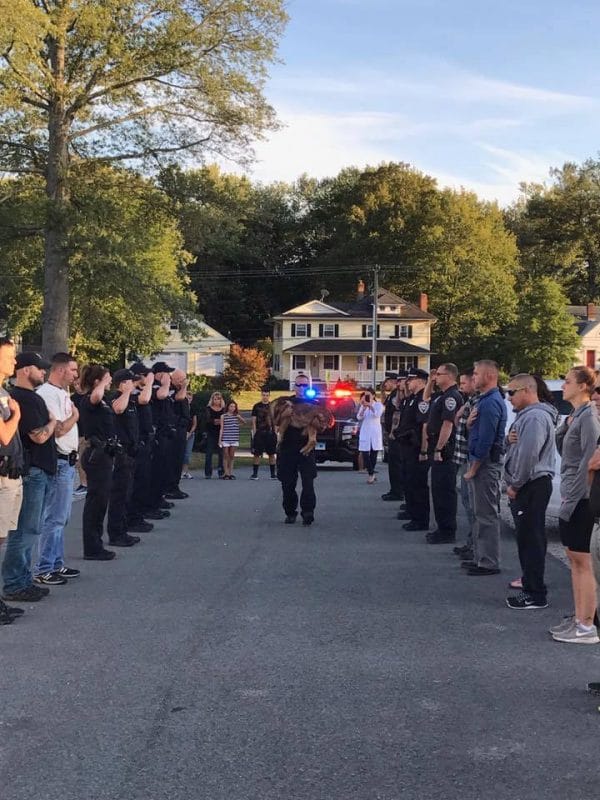 Officer D’Aresta and Hunter have been an exceptional team, serving the City of Middletown in a high caliber since 2007.

So as you can imagine, this is extremely difficult for Mike and his family. 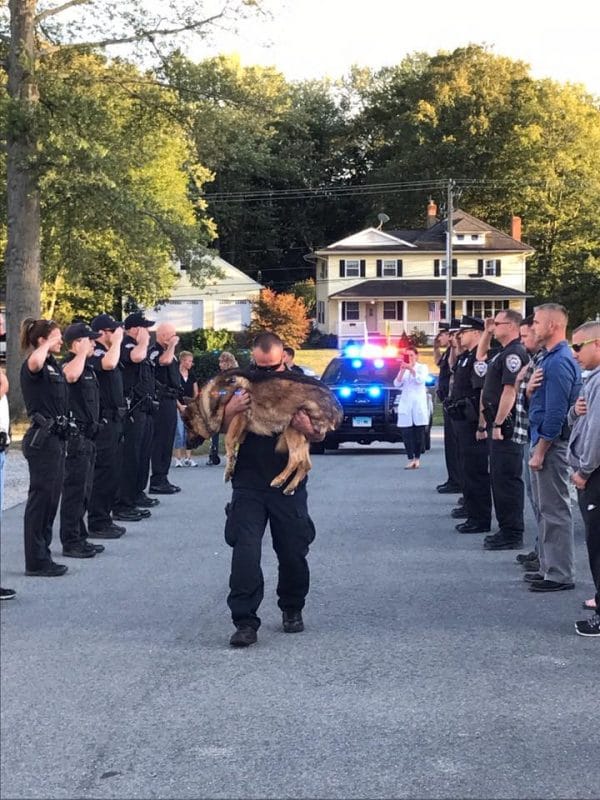 The photo above shows the heartbreaking moment Officer D’Aresta lost his composure and buried his face in his beloved partner’s fur.

Hunter and Officer D’Aresta have been such a huge part of our department over the past 10 years. Such a dedicated K-9 team. It will never be the same.

Rest in peace, Hunter. You’ve done well. Our thoughts and prayers go out to Officer Michael D’Aresta and his family. 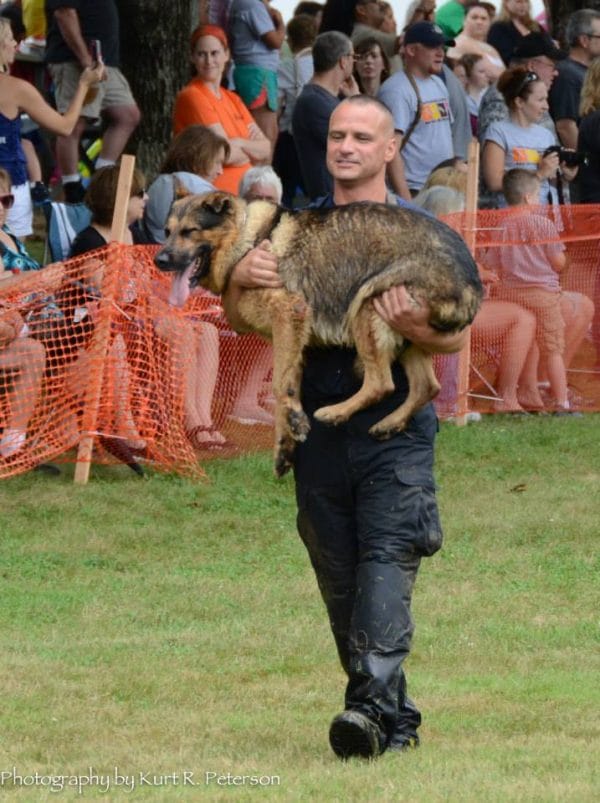 Everyone who saw the police department’s posts and photos were moved.

One person wrote, “My heart just breaks for you, your family, and the entire police community. Job well done, Hunter. Rest well, knowing you gave so much love, loyalty, and bravery to all.” 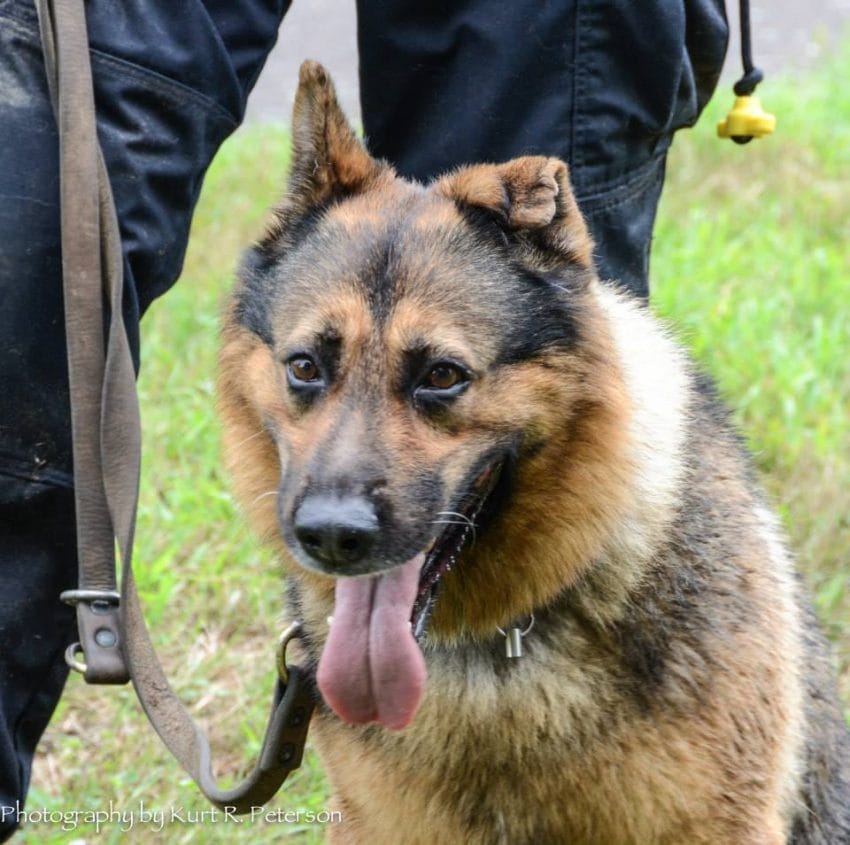 Dear Middletown Police Department, Many of us know only too well how difficult it is to make that final decision and it hurts.

That dear dog probably saved his handler’s life many times, not to mention the service he provided to your Police Department.

Middletown, we are sending our deepest sympathy to dear Officer Michael D’Aresta and his family. 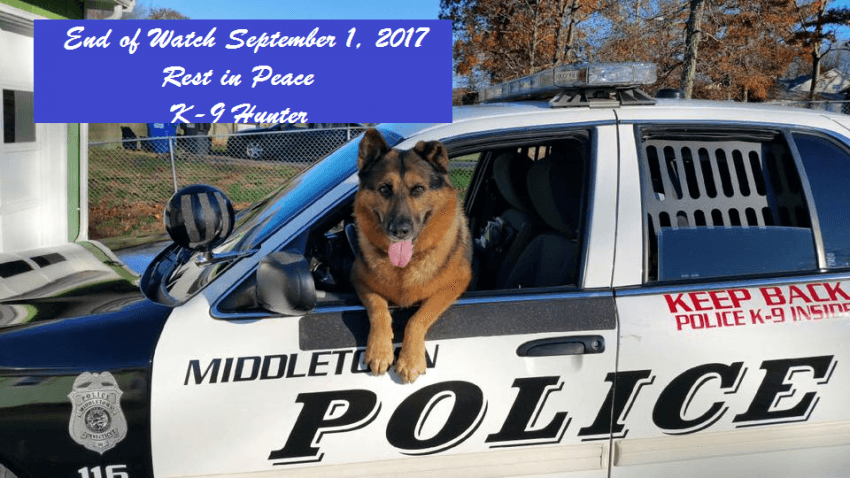