Seals are commonly referred to as “water dogs, ” because they are not only curious about man’s best friend, but they love cuddling with their human friends. Several divers were exploring the ocean floor near the Scilly Isles in the United Kingdom when a group of seals swam up to investigate. After most of the lost interest, one seal was especially keen on a diver named Gary! 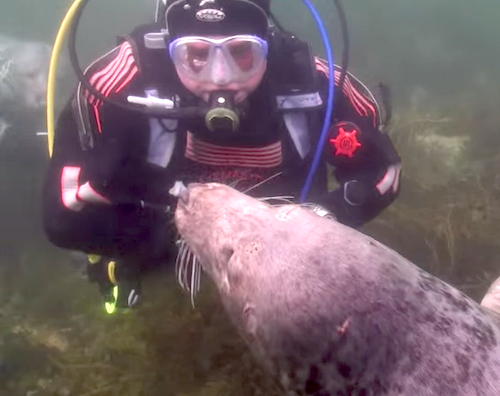 Instead of swimming away with his friends, the seal kept pulling at Gary’s hand. Gary allowed the seal to cuddle, turn over for some much-need belly rubs and hold his hand. The other divers were shocked by what they saw! It is not every day that a seal and a human take time to bond with one another! 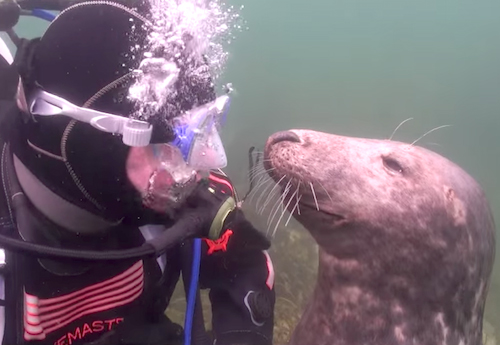 Gary’s friends had an underwater camera rolling when all of this went down!