Home
all animals
The Saddest Cat In The World Has 24 Hours To Live, Then He’s Scooped Up By An Angel

It’s a sad fact that even when it comes to animals, people can be shallow and base everything on looks. And it’s even worse when those looks come from a disability or injury.

That’s exactly what an orange tabby cat named BenBen faced when he was brought to a shelter in British Columbia. He appeared to have been attacked by a larger animal and was missing a good deal of skin on his face, as well as part of his left ear. But no one’s exactly sure what happened to him. As a result of the scarring, he was left with a droopy face that looks like permanent sadness.

And at that point, BenBen had a lot to be sad about.

He was routinely passed over at the shelter for his appearance, and, due to the shelter’s policies, was scheduled to be euthanized.

He was just 24 hours away from certain doom when someone stepped in, scooped him up, and took him to his forever home for a new lease on life.

There are far too many stories of animals on the brink, but we’re lucky to be in the company of people who work to provide safe, loving homes for all kinds of animals, from domestic pets like BenBen to wild animals like bears. Of course, with a little more work, maybe we can make sure all animals are safe and protected forever!

BenBen’s last-minute rescue, as well as his Instagram, made him an instant celebrity online, and today, he and his human are working to help other animals in need, too.

Learn more about BenBen below, and learn how you can help other animals! 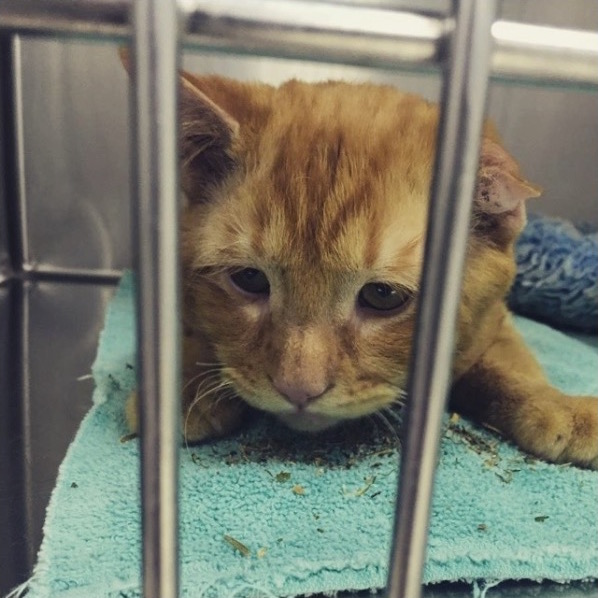 BenBen was brought into a shelter not looking so good. He’d been attacked by a larger animal, which left him with permanent scarring to his face and part of his ear missing.

He also had a crushed spine and was not expected to walk again. 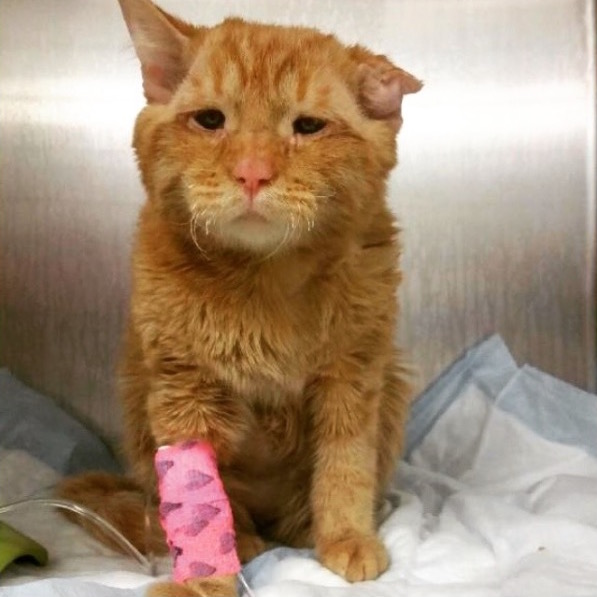 The BCSPCA patched up his injury with a pink bandage and fixed his broken back, but it wasn’t enough to get BenBen into a forever home. People were wary of getting a cat with special needs.

Eventually, due to space issues and the prognosis of never walking again, BenBen was scheduled to be put down, and he faced his last day on Earth completely alone.

(Overcrowding of shelters is why you should always spay or neuter your cats!) 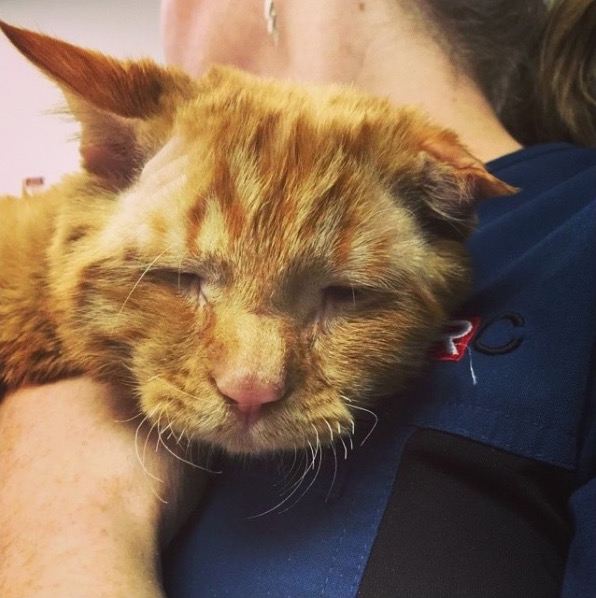 But then, a miracle happened.

A woman adopted BenBen, scooping him right out of his cage and into a big hug.

And you can just see the relief and gratitude on poor BenBen’s face. 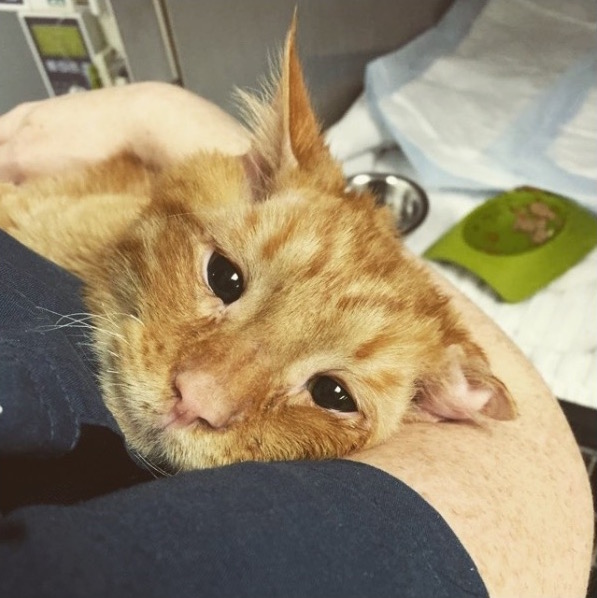 “No one wanted to bring me home because I was so broken,” the post reads. “I was so sad.”

BenBen was going to a place where he’ll be loved and safe forever. 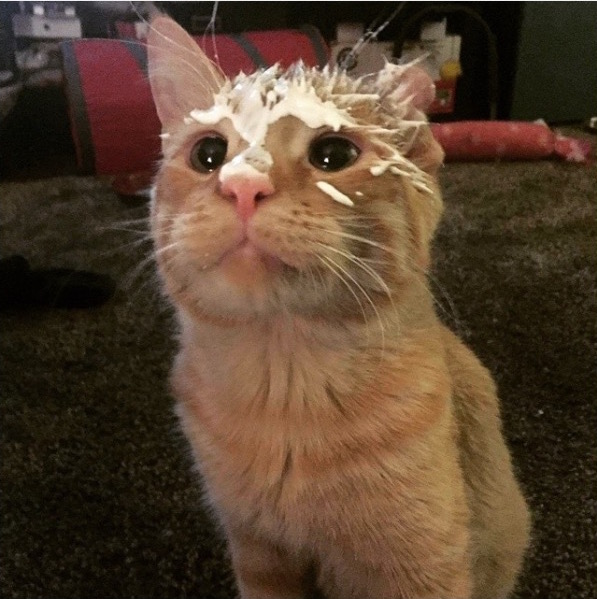 The first order of business upon getting home, though? Bath time! 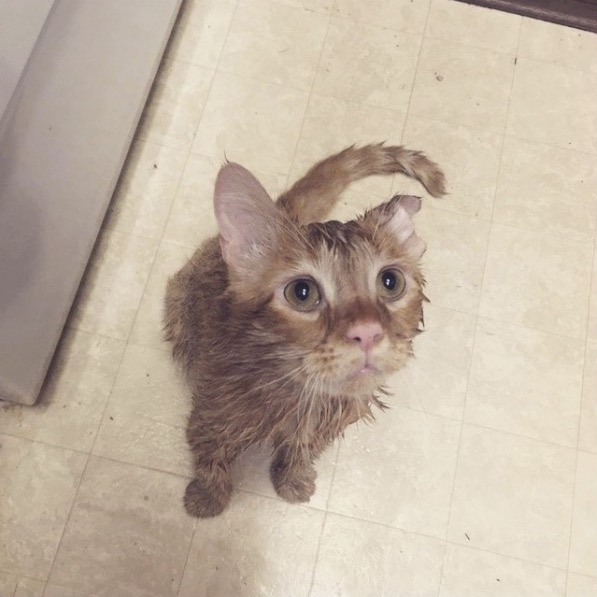 It was a lot to process, but being clean is healthier and much more comfortable for BenBen. 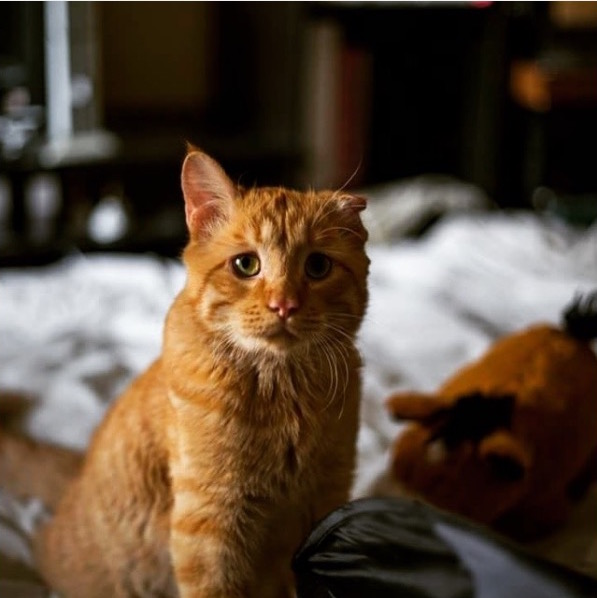 Today, BenBen is beloved not only by his humans but by thousands of people all over the world thanks to his Instagram — and thanks to his unusual and adorable face.

And even better? BenBen can walk! He can even run and jump like any cat. He’s a little wobbly and the rain makes him stiff, but he’s recovered far more than the shelter ever thought he would. 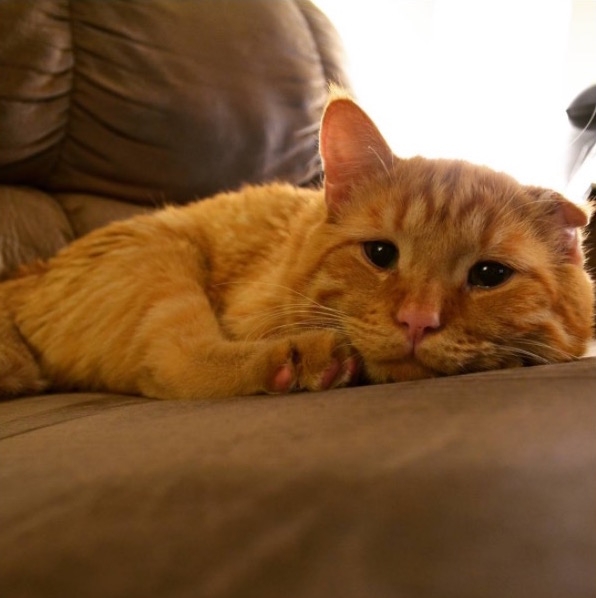 He might still look like a sad sack, but BenBen is very happy in his new home. 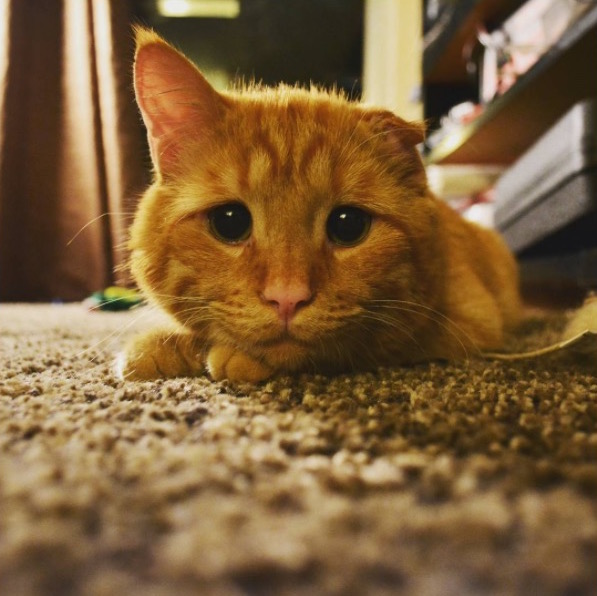 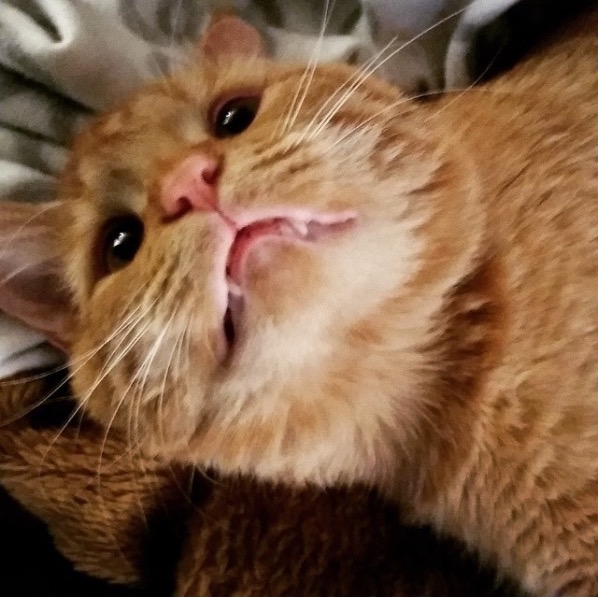 His humans lavish affection on him, as do his Instagram followers.

How could anyone resist this face? 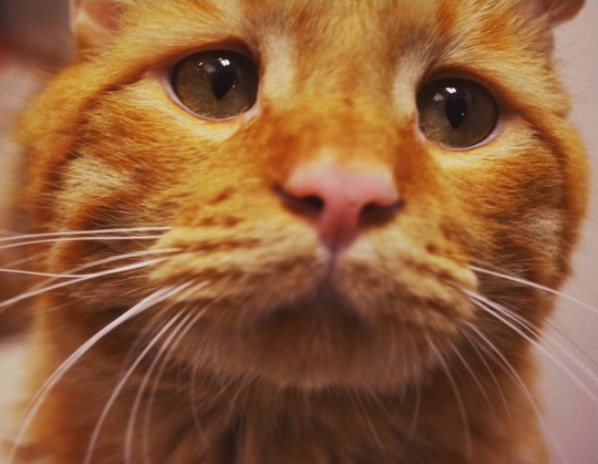 And BenBen isn’t just content to enjoy his new life. He and his humans are raising money through a GoFundMe campaign to help other animals in need, providing them with blankets, toys, and food.