The gharial is an endangered crocodile with a long, thin snout that can easily catch prey. This large crocodile is now considered to be endangered with fewer than 250 adults left in the wild. 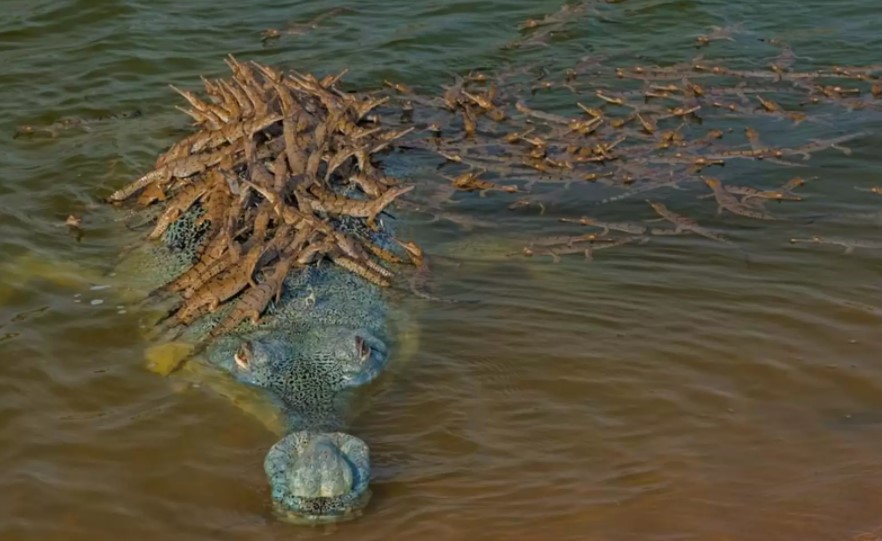 Fortunately, Mukherjee was able to spot one — and not just any gharial. He had stumbled onto an adorable gharial dad. “Generally, one male mates with eight or nine females and so the male alone guards the babies of all females he mates with,” Mukherjee said.

The caring father took on a great responsibility watching over his baby crocodiles. The gharial is one of the few crocodile species that does not carry their young in their mouths due to their small snout. Instead, These dads should carry their babies on their backs for protection.

“I found he was super protective and aggressive if someone came close to them. The male always stays close to the babies for 24 hours. Sometimes the babies lay on their father’s back,” Mukherjee said.

These photos of the committed dad with his large family have given conservationists hope that this unusual crocodile may be making a comeback. But with the threats of losing their river habitats due to damming and overfishing leading them into a food shortage, gharials need help. 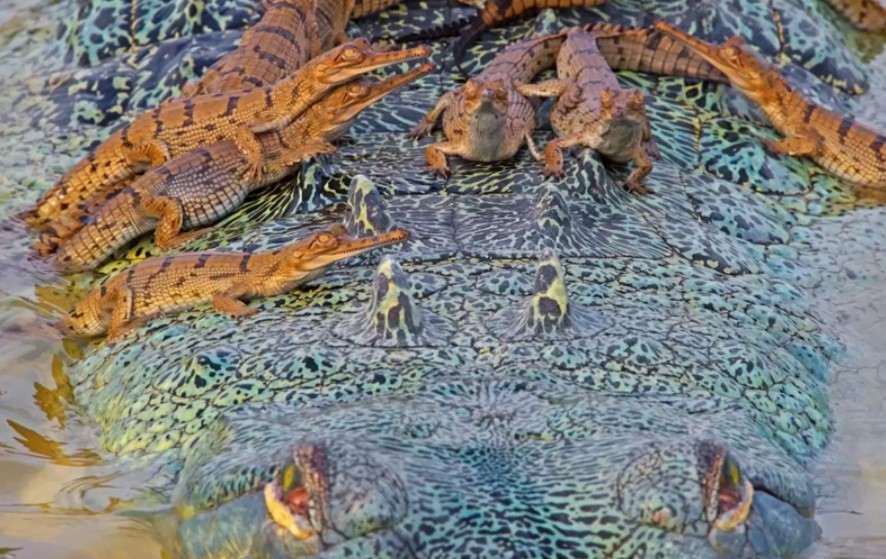 “With the help of my images, I can connect a huge number of people emotionally and scientifically with the natural world,” Mukherjee said. “I realized [photography] can be a great tool to create awareness and consciousness — a great tool for conservation.” 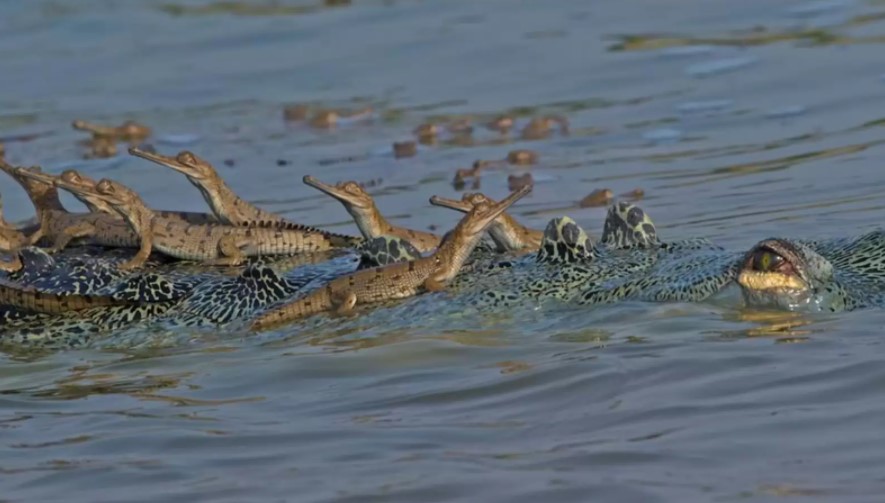