Home
all animals
Farmer Discovers 4 Kittens In Barn, But When They Grow He Realizes They’re Not House Cats

It is safe to say that even if people don’t like cats, they can’t help but like kittens, if only a little bit.

Kittens are just too soft and small not to love. If you’re a full-blown cat lover, then you probably have a bit of a kitten obsession. I often try to adopt a kitten every other month, only to have my family tell me that is too many!

One farmer in Russia stumbled upon a group of kittens in his barn. They’d been abandoned by their mother, The farmer waited, but the mama cat never came back.

He took the kittens in, as they needed care, but after getting a good look at the kittens he realized something. They weren’t average kittens. In fact, they looked nothing like any breed of house cat he’d ever seen. He realized there was a good reason for that — the kittens were not actually domestic cats!

Much like the woman who found a kitten all alone in a dumpster, only to learn how rare he was, this farmer was in for a surprise. 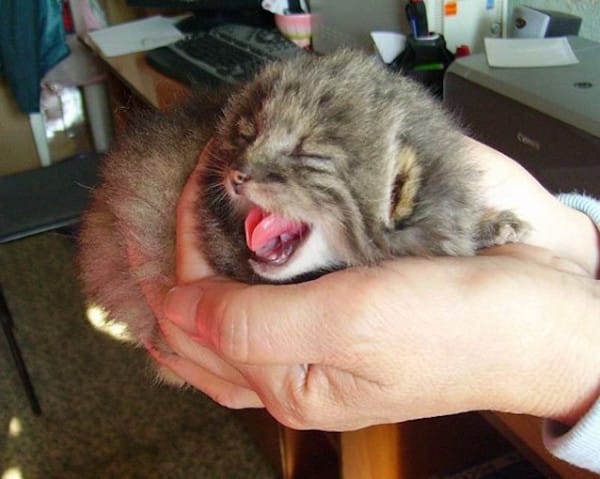 At first glimpse, I think anyone would mistake this little one as a regular kitten, especially if that person was not familiar with newborn kittens and what they look like before they open their eyes.

When the farmer realized that these kittens weren’t actually house cats, he contacted Daursky Nature Reserve. Turns out, they’re Pallas’s cats or manuls, a small wild cat that is native to Central Asia. 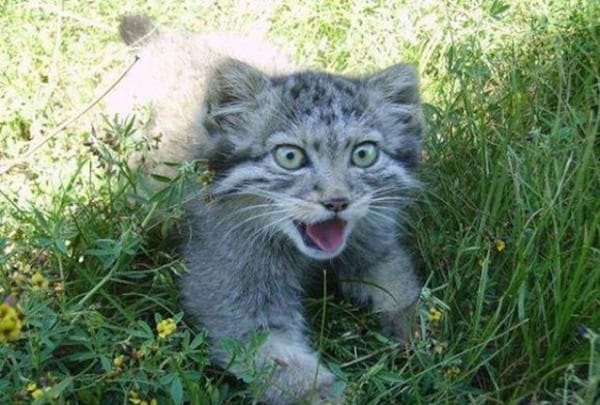 The Pallas’s cat is the size of a domestic cat, though their tails are much longer and can reach about 12 inches in length. They look much denser and plusher than house cats, but they weigh the same too! 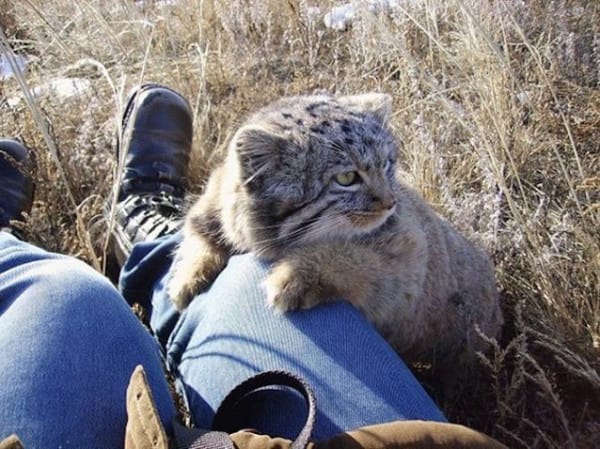 The 4 kittens were cared for by Daursky Nature Reserve, where they got “mama care” from 2 cats at the reserve. The cats bonded well with the babies and cared for them like they were their own. 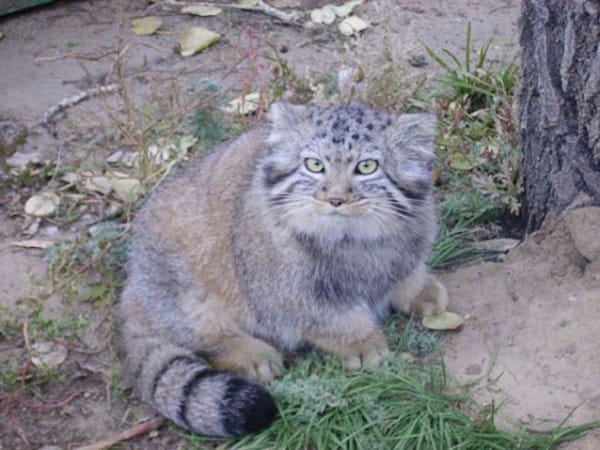 Since these gorgeous creatures belong in the wild, they only stayed at Daursky Nature Reserve for a short while, until they were ready to head out on their own. The four siblings have already adapted well to the wild! 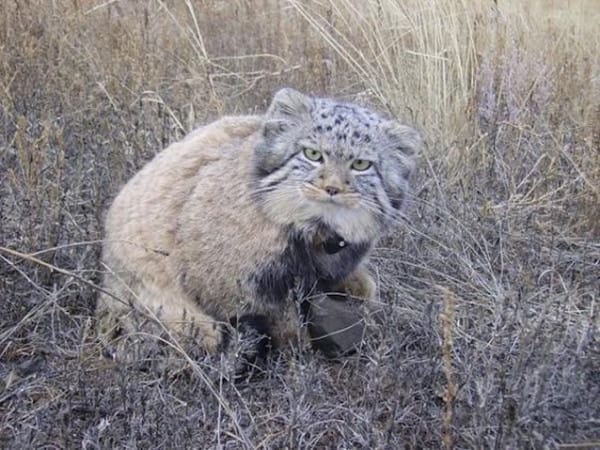 Have you ever seen a wildcat quite as cute as them?