Home
Rescue
Piglet Helps Save A Sick Calf From Being Euthanized

Bunny the calf, was born on a dairy farm in New South Wales, Australia. He was only four weeks old when he was rescued, but they were four weeks of pure hell. Bunny, because he was a male calve, was considered useless and was about to be sent to slaughter so his mother’s milk can be used for human consumption. 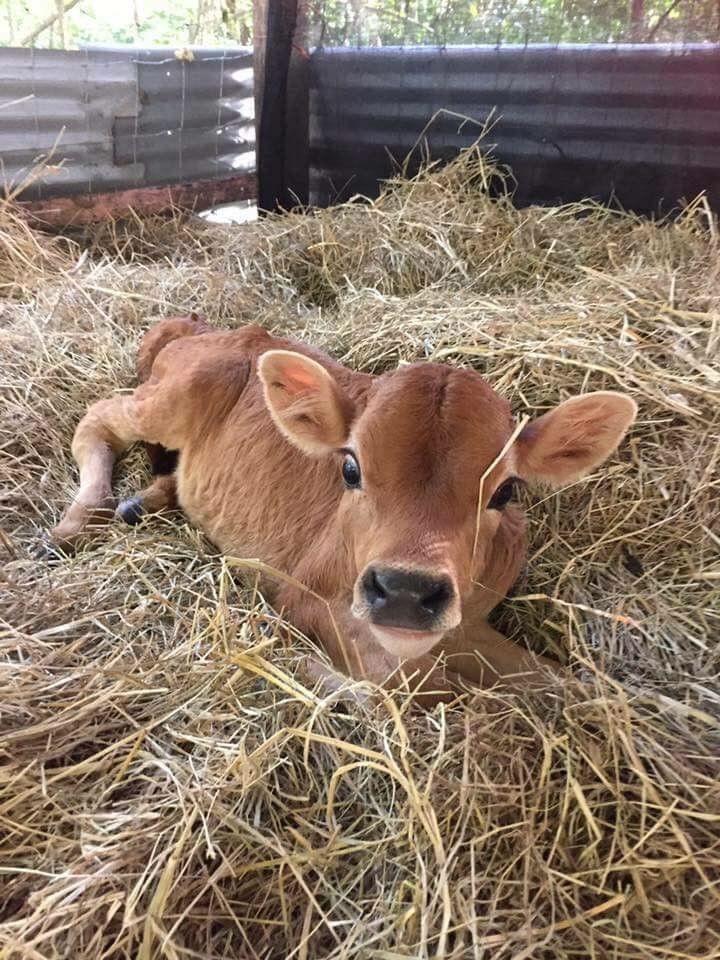 The founder of Sugarshine Farm Sanctuary near Lismore, Australia, Nelder, rescued three pigs and Bunny the calf. Nelder did not want to leave Bunny alone because he was so sick. She kept him in her house with a mattress in the sunroom to sleep on. No matter how hard Nelder tried to keep the animals separated, she would find Baby the piglet nuzzling Bunny’s face. Every time Nelder took Baby into the other room, she would run right back to Bunny. 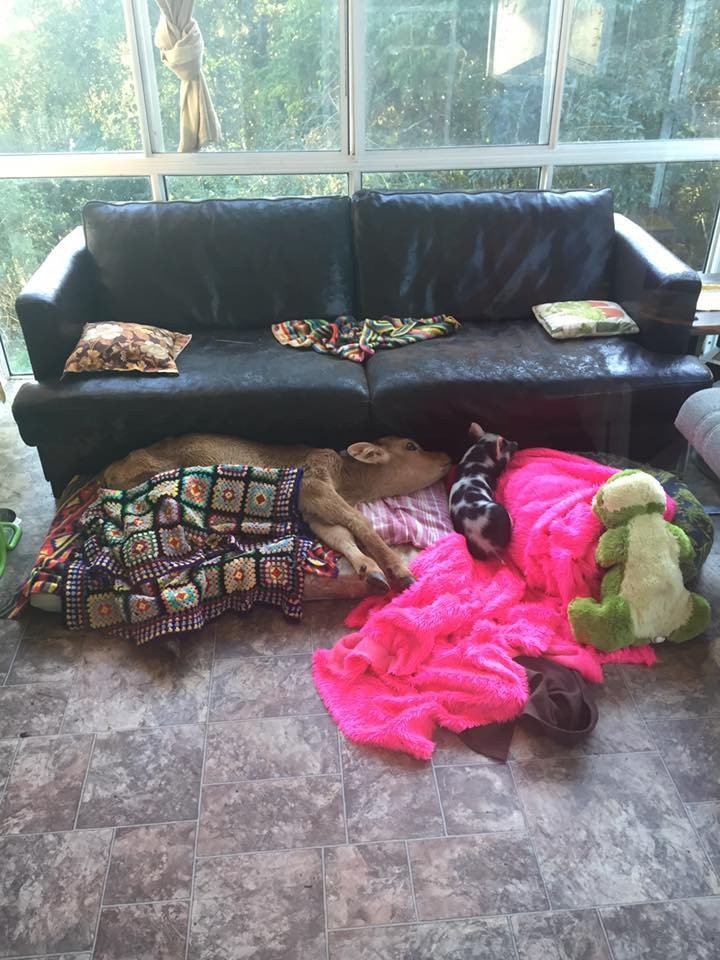 She realized that Bunny enjoyed Baby’s company and snuggles, so she stopped separating them. Bunny used Baby as a pillow, and the both of them helped each other feel at ease. The two came from the same property but had never met each other. Now the two are best friends. 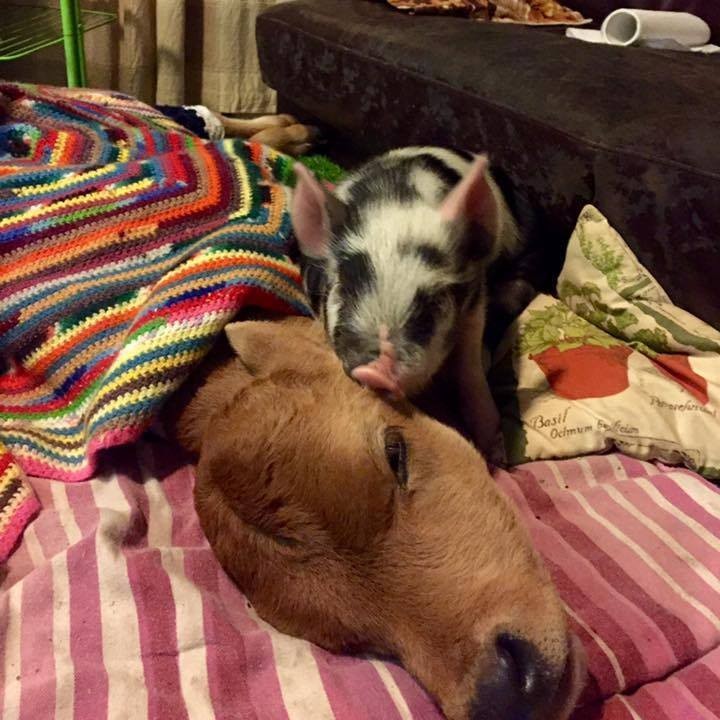 Bunny’s health was quickly deteriorating and the only constant was his best friend, Baby, who never left his side. Bunny developed pneumonia and had trouble breathing. When he was put on medication, things got even worse and he began having seizures. Nelder and her vet thought it was best to euthanize her so that she wouldn’t have to deal with the pain anymore. However, her vet was not available at that moment.

After that horrible episode, Bunny’s roller coaster ride began going up. Bunny began to walk on his own again, and if he fell down, Baby would run over to him. Today, Bunny is doing much better despite taking antibiotics for his joint issues, as a result of his pneumonia. He is very playful and curious and loves spending time with his best friend.

“I believe that the love and affection and confident spirit that Baby Piglet shared with Bunny absolutely made a difference to his recovery. Probably a life or death difference. Seeing Bunny and Baby happy and healthy together remind me that the world is a beautiful place and that the love animals can give is boundless.”