Home
all animals
If You See Your Pet Doing This, Call Your Vet Immediately. It Might Save Their Life.

You never know unless you see the signs, but your pet could be sick, and by recognizing the signs you could save your pet’s life. Has your cat or dog ever displayed behavior like this? Have you ever seen pictures like these on the Internet with funny “Sad” or “Time Out” captions? At first glance, these images are cute, but they may depict a serious medical warning sign in your pet. It’s called “head pressing” and could indicate a dangerous neurological condition in your dog or cat. According to the PetMD website, head pressing is defined as “the compulsive act of pressing the head against a wall or other object for no apparent reason.” This can occur in dogs and cats of any breed or age and can be a sign of damage to the nervous system, specifically the forebrain and thalamus (called prosencephalon disease), or toxic poisoning. 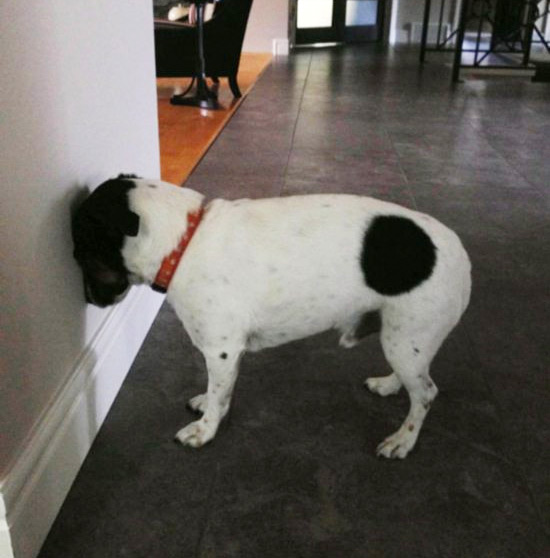 This behavior, in which a pet adopts a compulsive tendency to place its head against a solid object for long periods of time, is called “head pressing.”

Besides head pressing, dogs and cats may also exhibit the following symptoms: 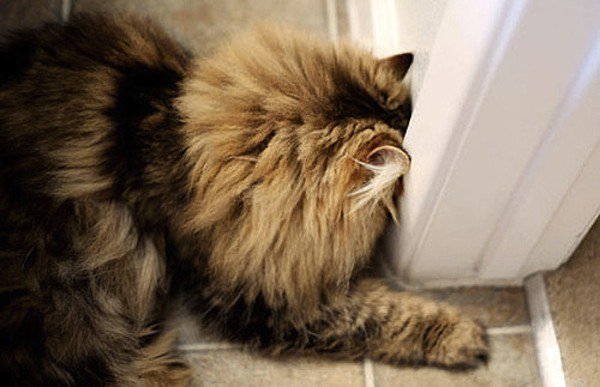 Head pressing can be a symptom of many diseases, but it’s most commonly some sort of damage to the nervous system, or it could toxicity due to liver damage. Brain damage, tumors, toxic poisoning, or stroke are also common causes.

Head pressing can be caused by a number of different conditions, including: 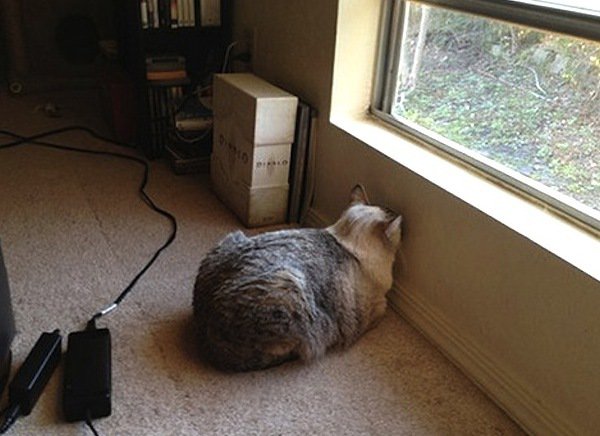 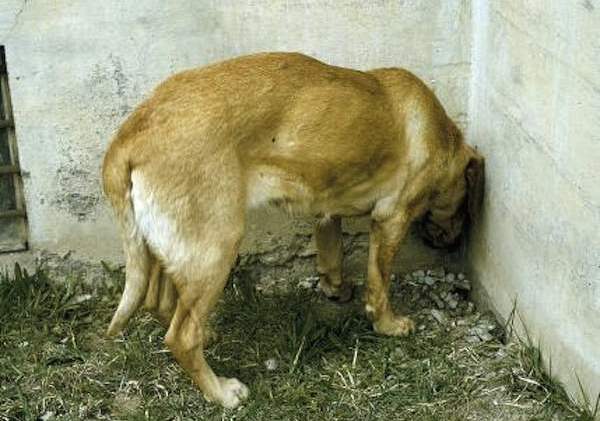 “Head pressing” and “head butting” are not the same thing. “Head Butting” is when your pet rubs its head against you to show affection.

Your vet may perform an examination of the retina and other parts of the back of the eye to look for signs of disease. Your vet may also take a blood pressure measurement, and blood and urine specimens. CT and MRI scans of the brain may also be performed. Treatment varies according to the cause and severity of the condition. Your pet may require immediate treatment and hospitalization, but no specific treatment can be administered until a definitive diagnosis is reached. Long-term care will depend on the diagnosis, with your vet scheduling follow-up neurological exams to check on progress. 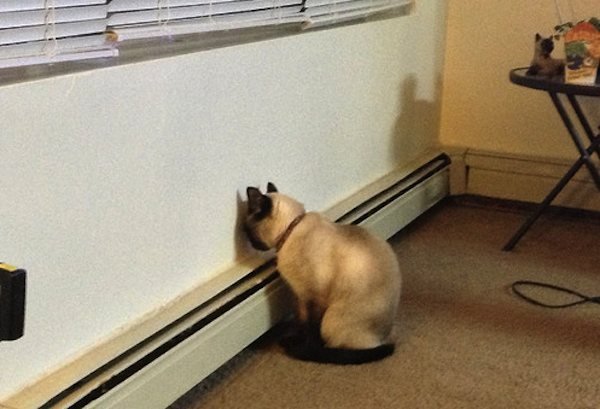