Dogs have always been able to communicate with humans through barking. A Spaniel named Leia saved another animal in danger by using her voice.

Leia’s barking helped save a life. A video uploaded to YouTube shows the moment when Leia’s person sees what she was barking about. The two were spending their day on a beach near Criccieth in Wales and made this discovery. 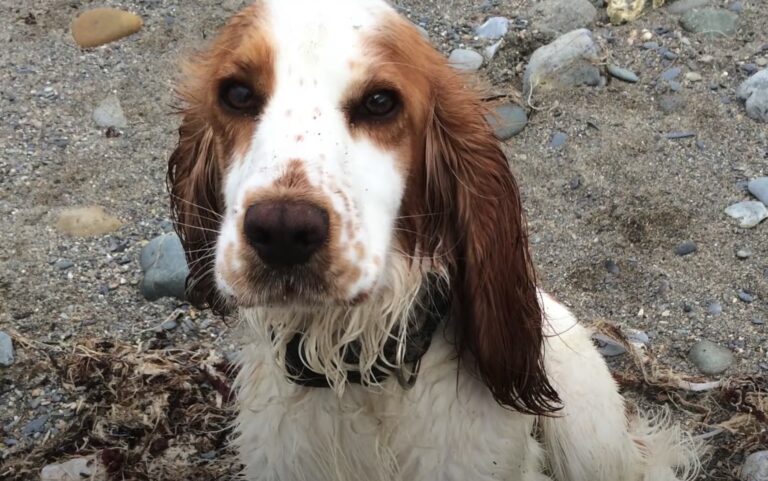 “I was photographing the beautiful scenery when I heard my dog barking at me from down the beach… Clearly, she had discovered something.” Leia barks at her dad until he pays attention to what she’s saying.

The video begins with Leia’s dad just starting to approach her. From further down the beach, you can see Lea standing near what looks like a dark lump. As he gets closer, it becomes clear that this is some sort of sea creature. It turns out that Leia was barking at her dad to let him know she had found the poor creature. 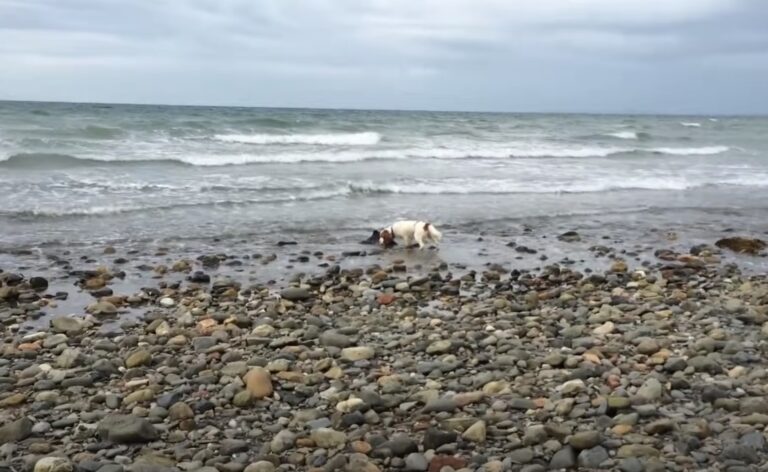 The little dolphin had gotten itself stuck on the rocks while swimming too far into shallow waters. Leia’s dad carefully guided the baby dolphin back into the water, doing a few happy circles in front of them before swimming away. 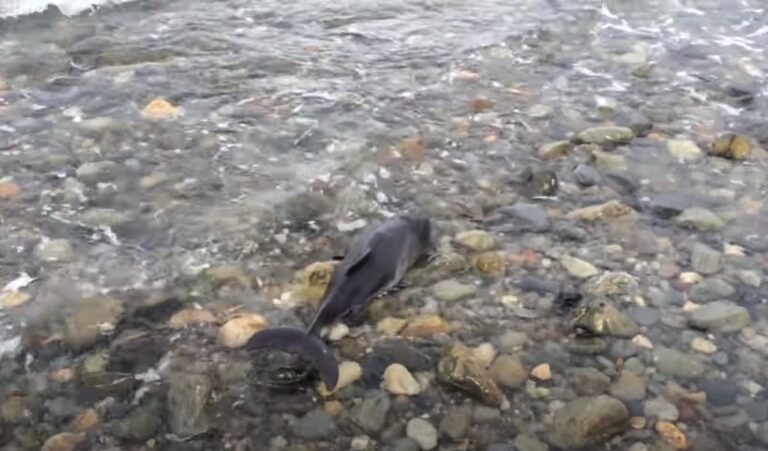 Leia’s dad nicknamed the little sea creature Buddy. He made sure that it didn’t return to where they found him, so he was there for a while watching to make sure he didn’t return. He also contacted the coast guard, who later reported their sighting. If you find yourself in this situation, there are certain numbers that you can call. In this region, The Sea Watch Foundation.

“Think the little guy was lucky as there was nobody around for miles! And, if it wasn’t for my dog barking at me I would have missed him too,” Leia’s dad said.