The difference between “wild” and “domesticated” doesn’t hold much weight when we see a furry friend in need.

A woman named Courtney clearly feels the same way. She was driving down the road one day when she spotted “a ball of fur.” Upon further inspection, it turned out to be a baby groundhog.

“So I get out of my car and she’s following me, and I was a little nervous,” Courtney explained. “I’d never seen a groundhog before.”

Worried that the baby would wander back onto the road and get hit, Courtney stood guard over her for 45 minutes before deciding to take her home. Back at their house–the adorable little one crawled under the porch!

Courtney and her husband Jim decided to feed the baby and name her Stewie. After two days, it became clear that the little one didn’t know the first thing about burrowing or making herself a safe place to live, so Courtney called an animal rehabber for advice. 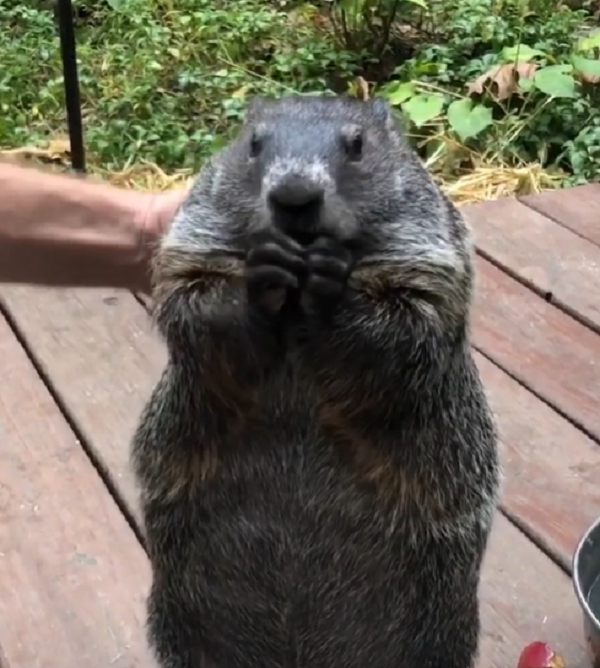 Stewie went to the rescuer, but within two days, they reached back out to Courtney and let her know it wasn’t working out. Stewie just wasn’t doing well without her new human family.

“I think she’d do better with you,” the rehabber said. After 22 years of helping wildlife, that was definitely a first for them!

“So we have this groundhog who is actually a part of the family now,” Courtney said with a laugh.

Every morning, Stewie comes out of her burrow under their porch for breakfast. Throughout the day, she visits her human and animal friends, suns on the deck, and generally is just one of the gang! 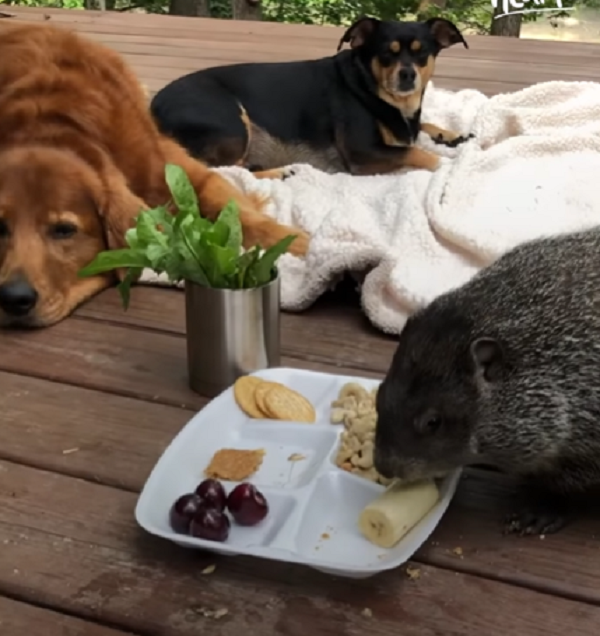 As a result, Courtney said she feels like she’s in a Disney cartoon every day! It’s highly unusual for a groundhog to behave this way, but Stewie bonded with her family members instantly. Now, none of them can imagine life without her!

“For a wild animal it’s not something you think could happen, but she definitely shows affection,” Courtney said. “She 100 percent trusts us.”

Clearly, anyone can be family as long as love is present! We’re so happy Stewie found the place where she belongs!