Home
Heartwarming
Inbred Dog Helped After Being “Found” On The Streets

Pinky was rescued and taken to a shelter. After backyard breeders discarded the pup, she was found on the streets suffering from genetic conditions that made it difficult for her to function. 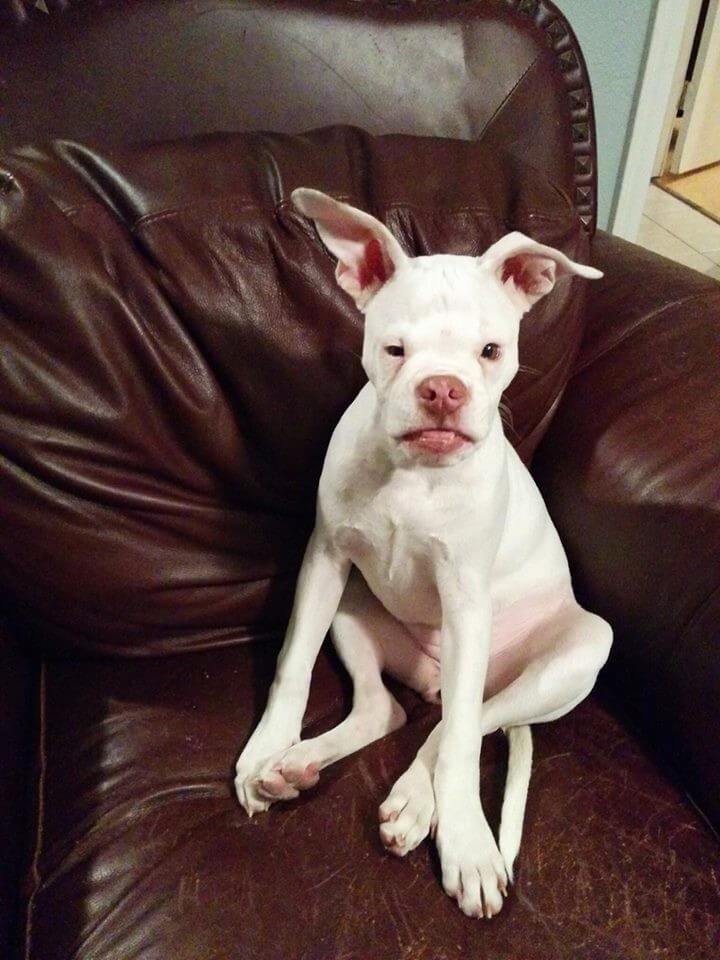 Pinky was “found” on the streets, but the shelter workers were skeptical and believed that they knew more than they were saying. 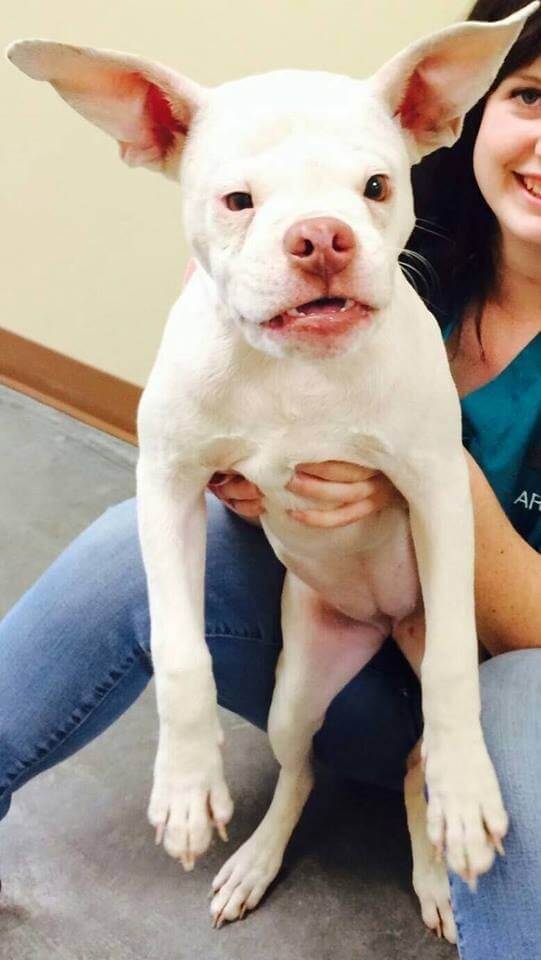 The vet took one look at Pinky and knew that something was off about her but they weren’t sure what exactly. 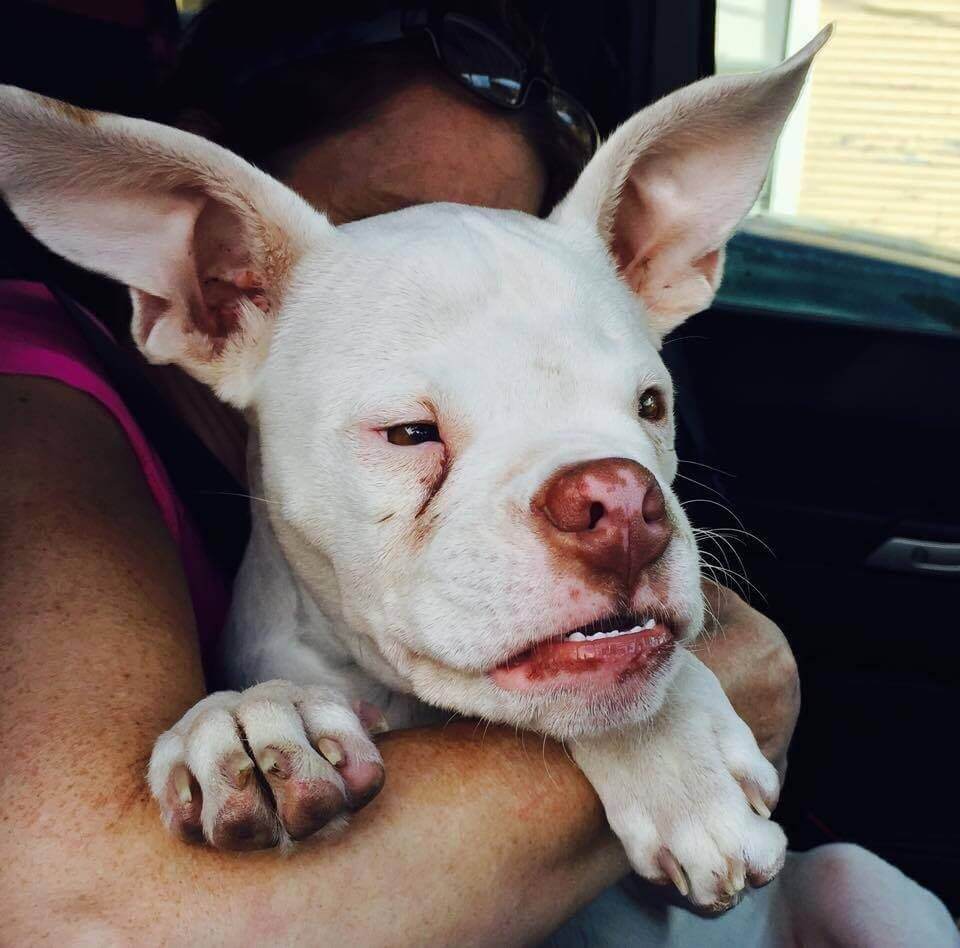 Pinky had small squinty eyes, a squished nose, and a tongue that stuck ours slightly. 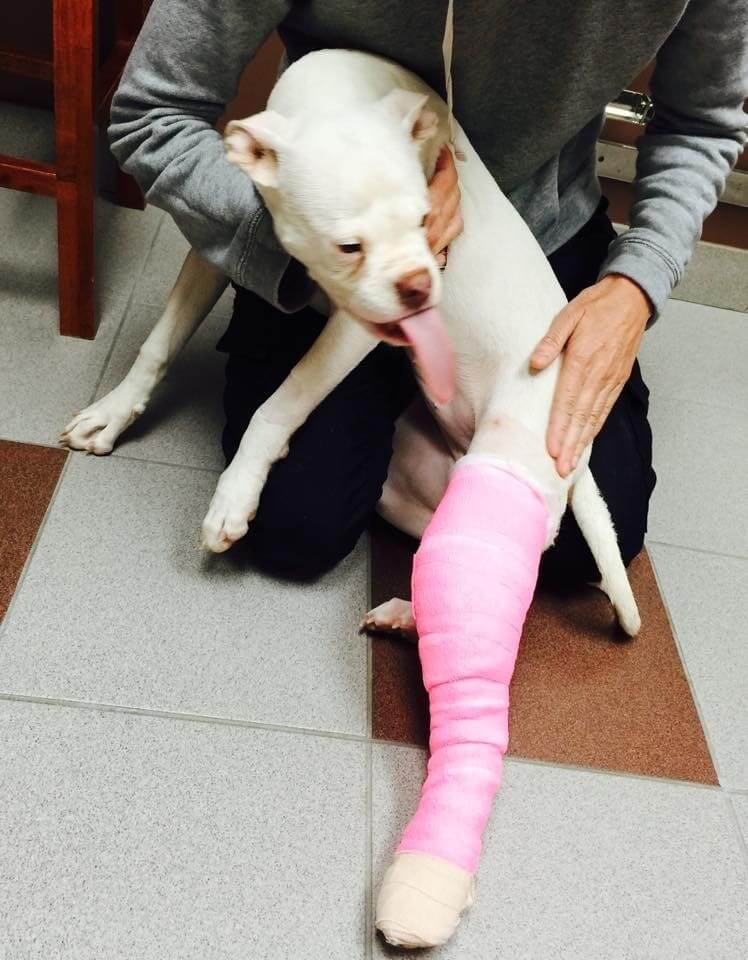 Pinky also had a broken leg when she was brought in, but that was the least of their worries.

Christie Cornelius, a vet, said Pinky had something else wrong beside her physical attributes. 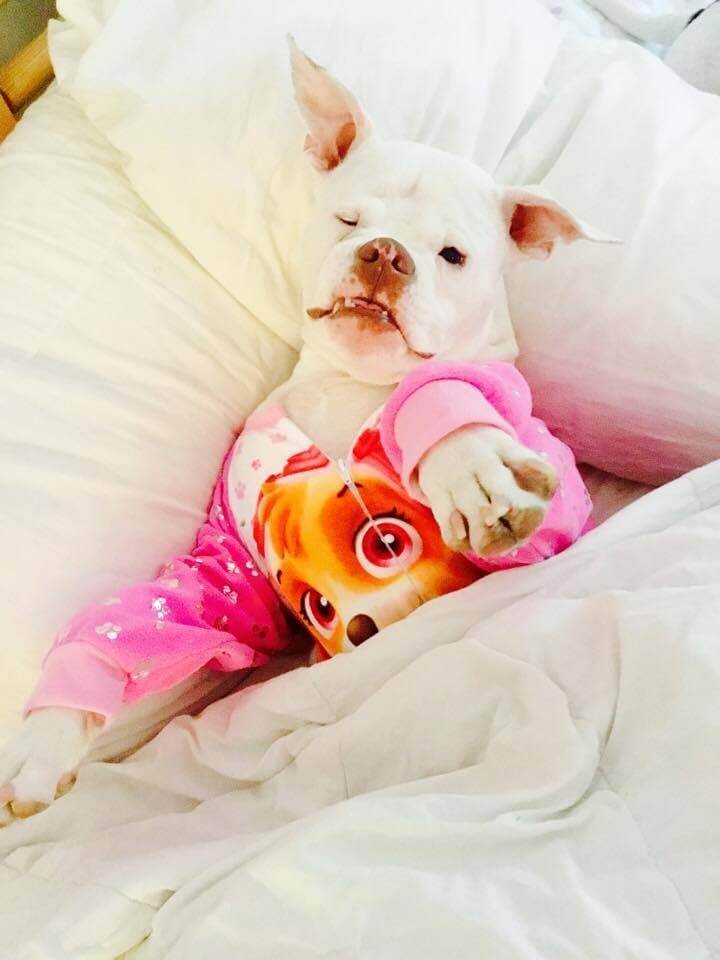 A CAT scan revealed part of her brain was in her nasal cavity, she had no frontal sinus cavities and her eye sockets and eyes were underdeveloped. 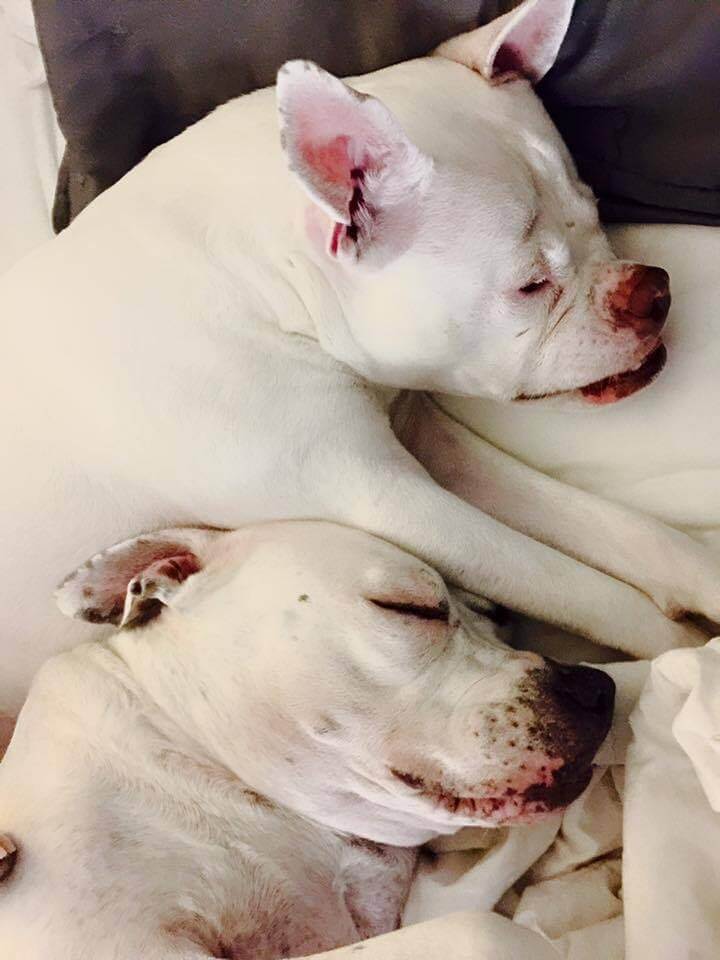 The poor girl also had ingrown eyelashes that were inverted and rubbing on her corneas. 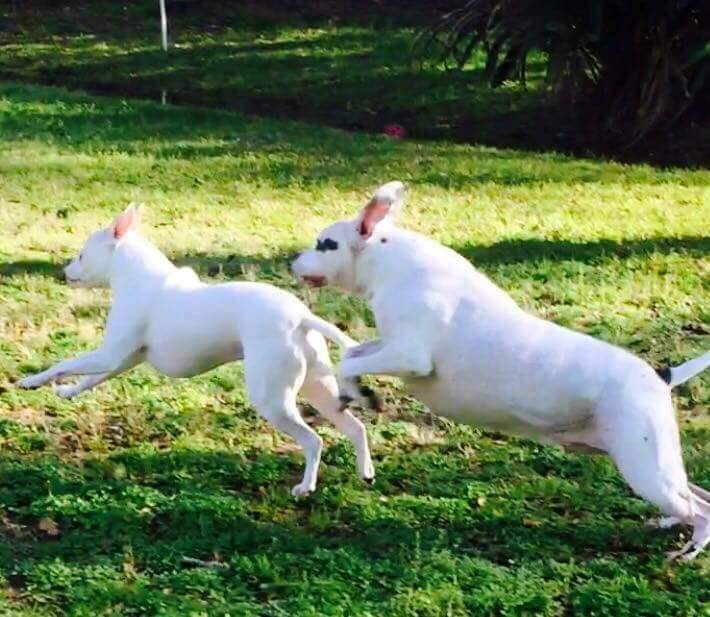 Pinky was also suffering from developmental delays, epilepsy and diminished sight and hearing.

The vet said it is very likely that these were the results of inbreeding. 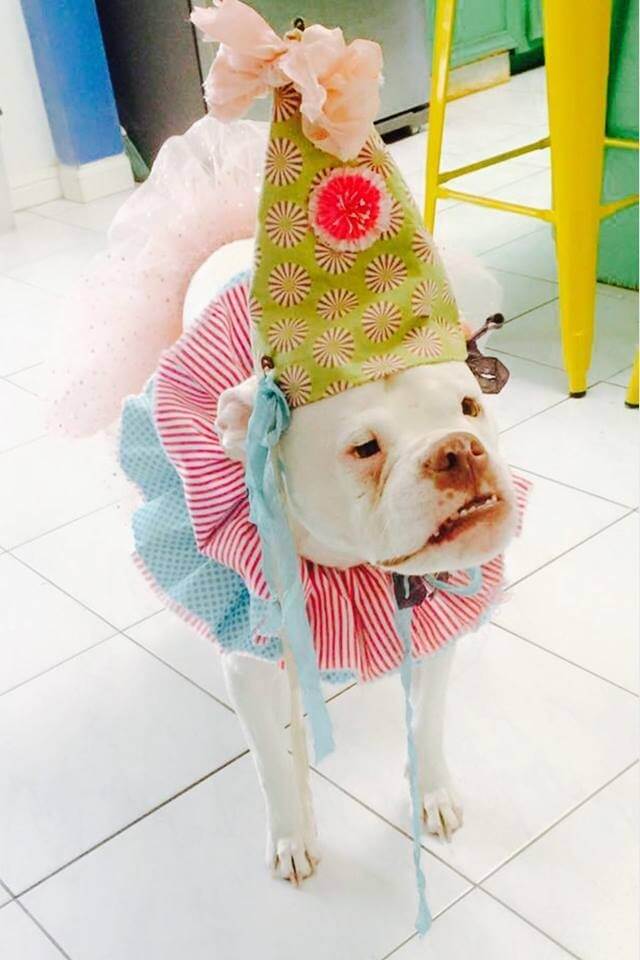 Pinky’s broken leg and her reverse eyelashes were corrected, but exercise patience when it comes to Pinky having seizures, acid reflux, and difficulties with potty training. 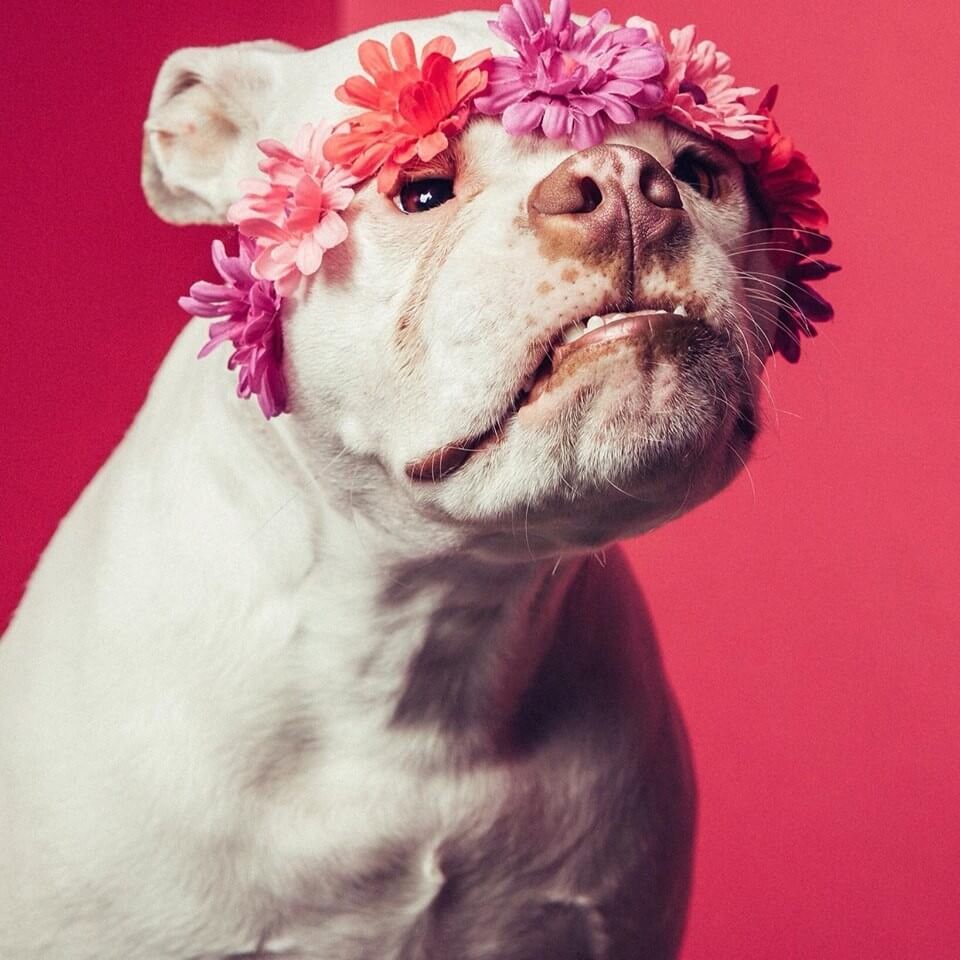