Home
Elephant
&
Facts
While On Safari In South Africa, He Photographed A “Pink Elephant”
South Africa’s Kruger National Park, has an incredibly unique animal that now calls the park home. The rare animal that was spotted is a pink elephant!
Nick Coertze, a South African resident was on a safari with his family when he noticed a herd of elephants nearby. That’s when he realized that there was a little baby with the group, but not just an ordinary baby elephant!

When Nick Coertze and his family were driving through Kruger National Park, they noticed a herd of elephants. 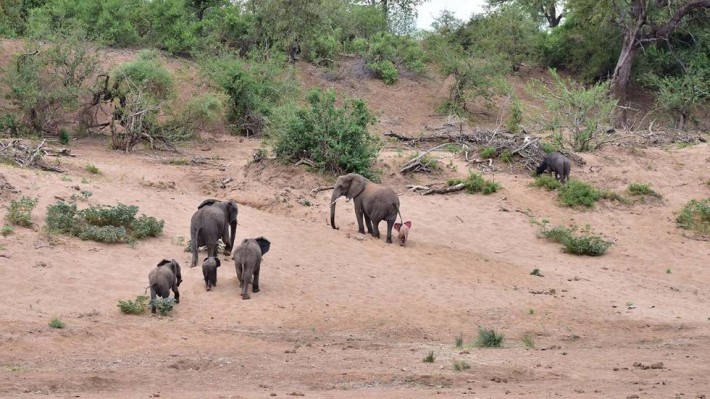 They had to look twice, when they spotted a small, pink creature following along behind one of the larger elephants in the herd. 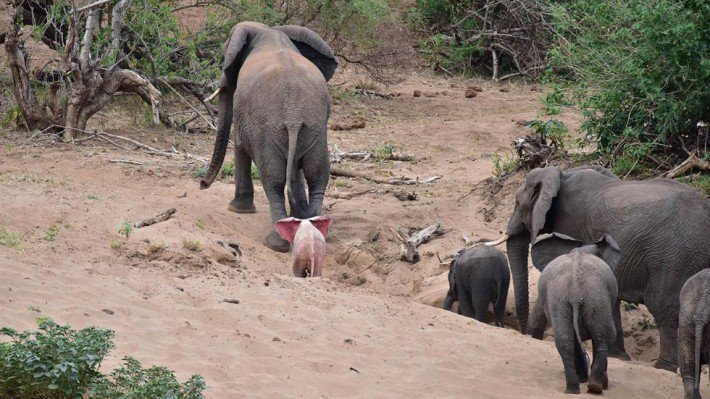 It was a real pink elephant! 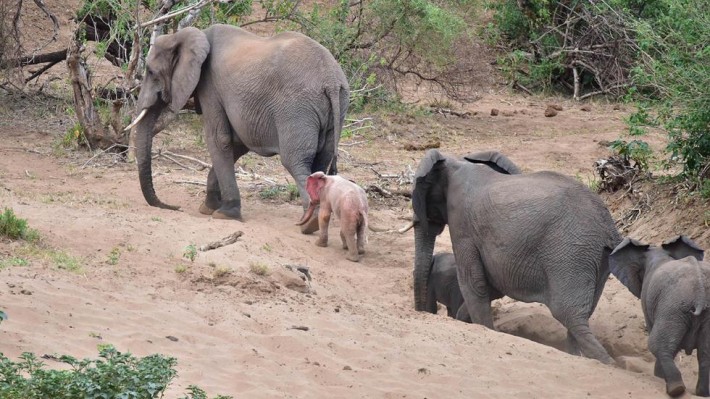 Nick began taking pictures of the baby but it was difficult for his family to stay calm and still! 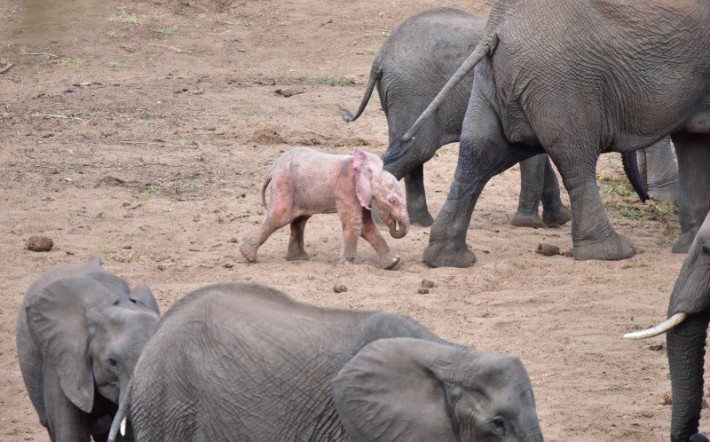 Since his childhood, Nick says he’s spent between 20 to 30 days at Kruger Park. This was the first time he has ever seen a pink elephant. 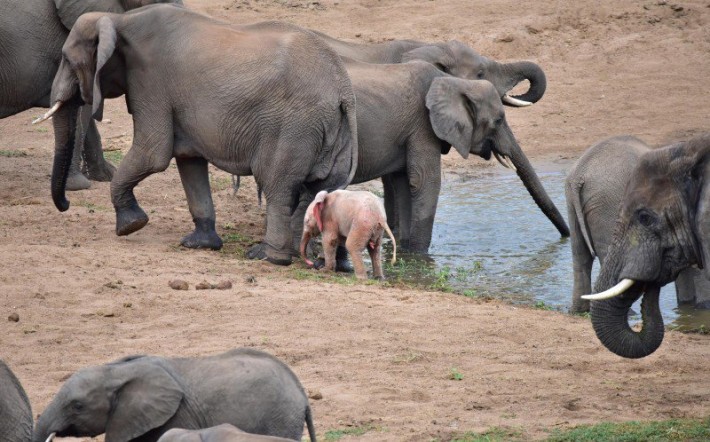 Albinism affect lots of different animals, but it is very, very rare among African elephants. 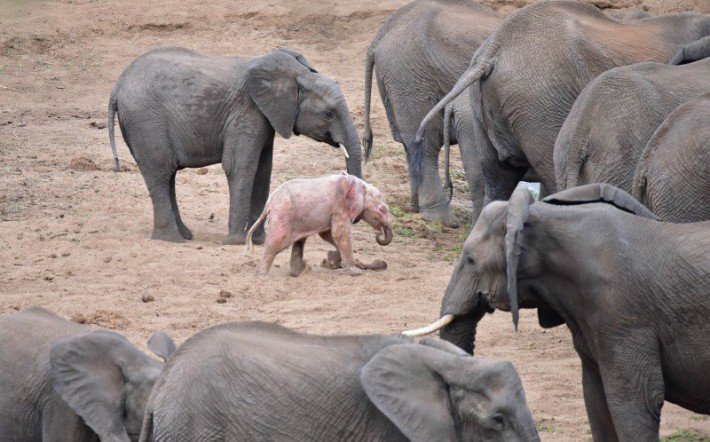 It’s so wonderful that Nick was able to capture this once-in-a-lifetime sighting on camera. This is a story that I’m sure he’ll be telling for years!