This white Canaan dog, named Sid, was picked up as a stray dog on the streets of Fort Worth, Texas running with a small puppy by her side.

Rescuers noticed her odd lopsided expression, making the dog appear perpetually quizzical The puppy also had a long scar down the side of her face. At Fort Worth Animal Care and Control, shelter staffers discovered that not only was half of Sid’s face paralyzed from a traumatic injury, but she was deaf as well, something fairly common in white dogs.

Sid proved to be an incredibly loving mom, despite her injuries and doted on her puppy.

It was unlikely that with Sid’s health issues, she would find a forever family. 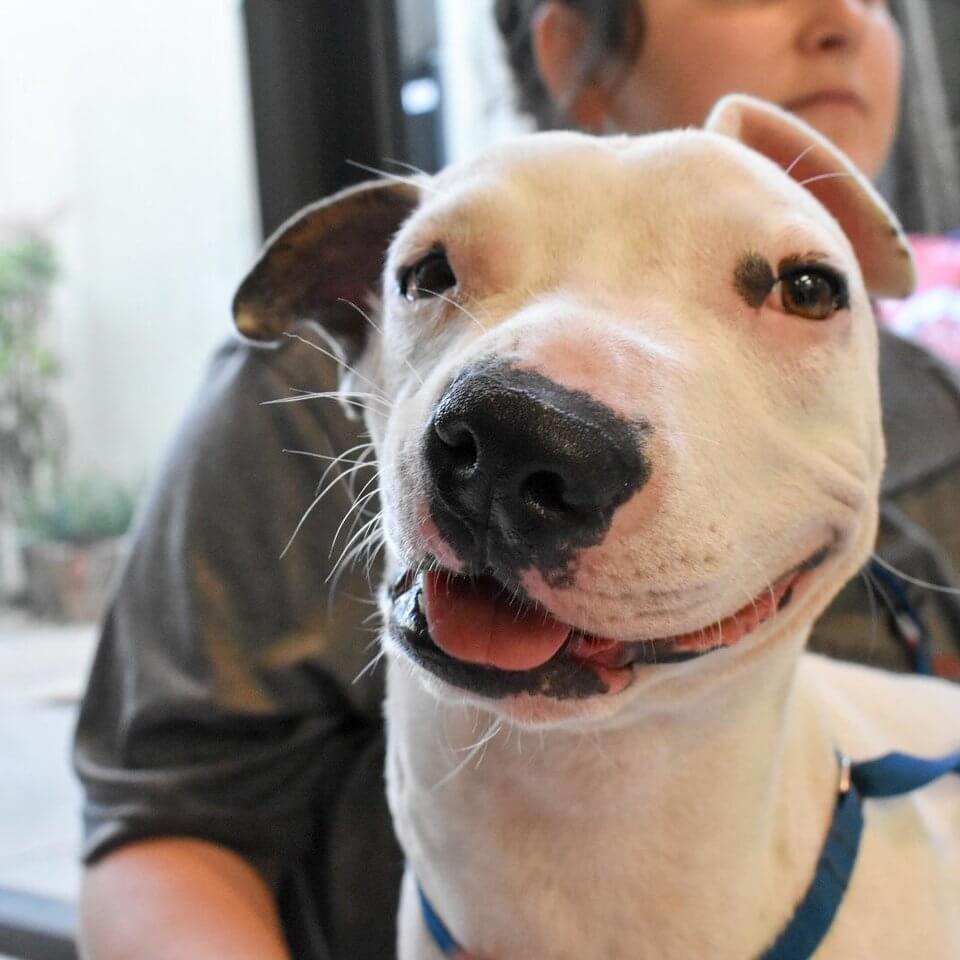 Shelter employees refused to let Sid slip through the cracks and a rescue coordinator at Fort Worth Animal Control contacted Animal Hope; a rescue and rehabilitation center specializing in animals with behavioral or medical care needs.

Sid arrived at Animal Hope and is finally able to relax for the first time in her life. 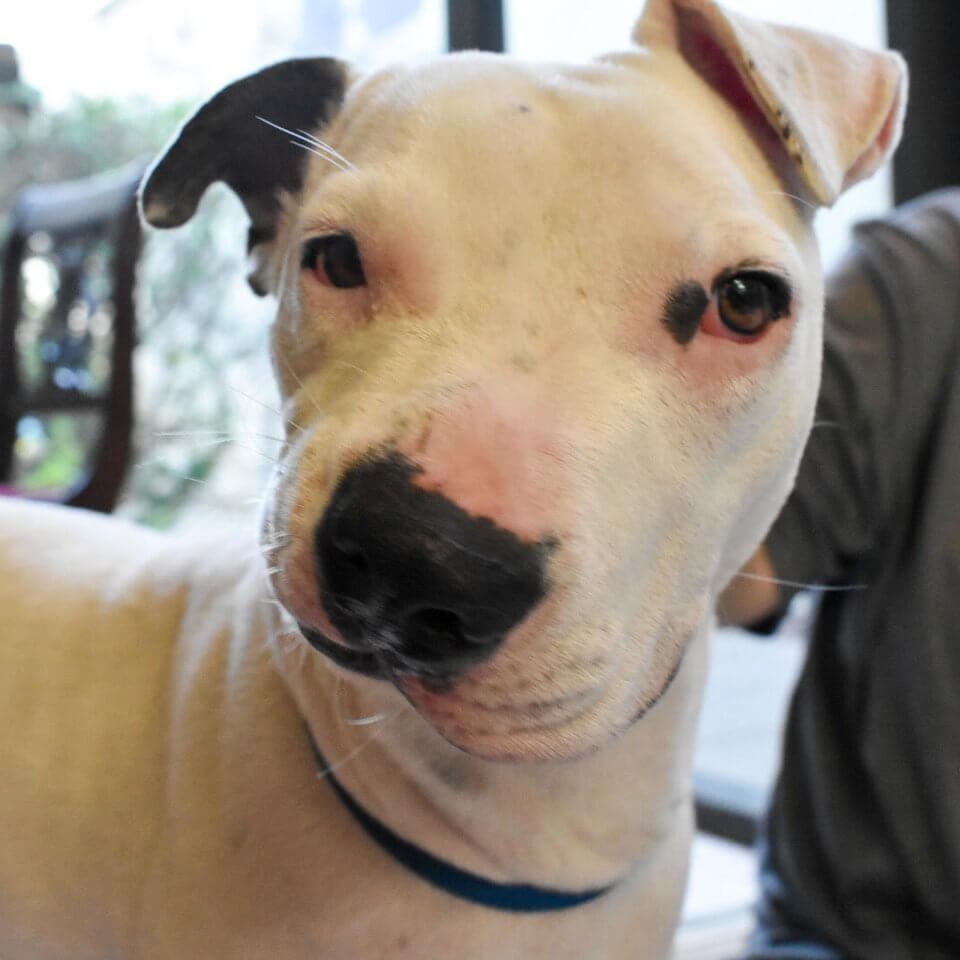 It is unknown as to how Sid managed to survive her facial injury. “Unfortunately, stray dogs and cats can’t tell us much about their past. She’s no longer able to control the muscles on that side of her face. And the muscles have atrophied and ‘drawn up,’ which gives her a dramatically different appearance between the two sides of her face,” Morris explains.

“While we can’t state definitively what happened to her, these types of injuries sometimes happen when a dog is attacked by another dog.” 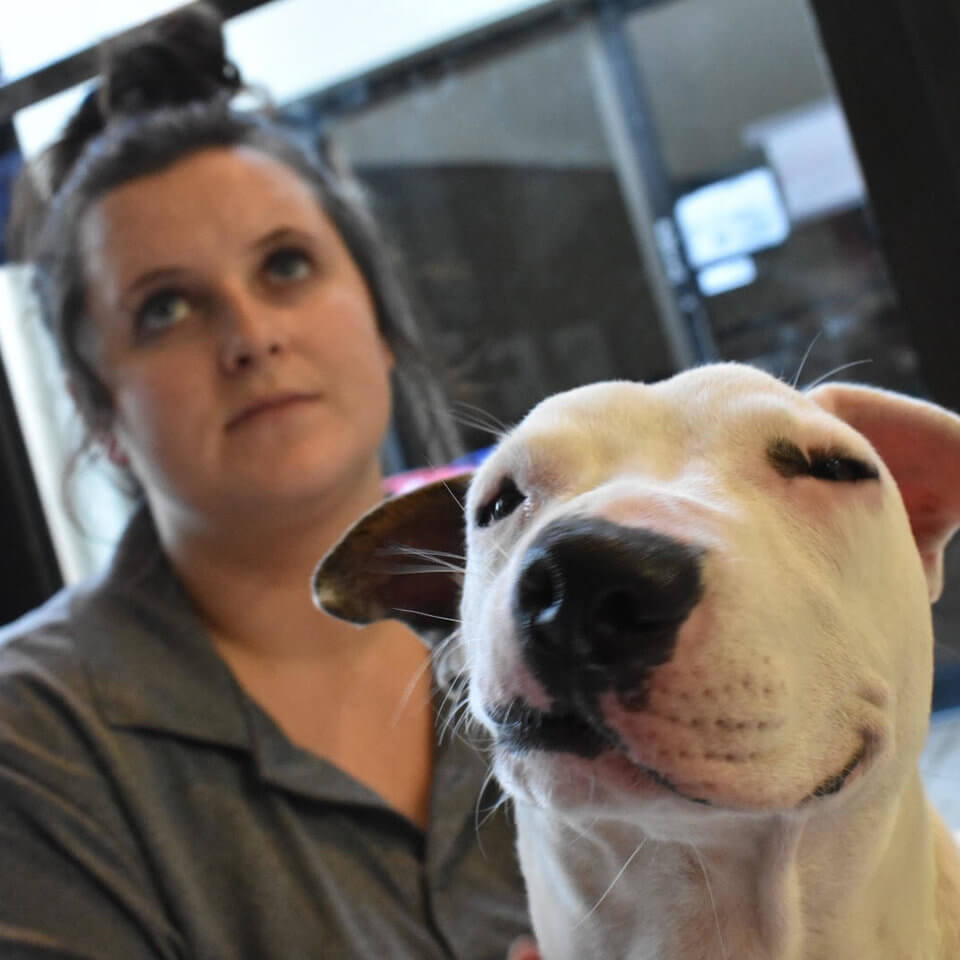