Home
Rescue
Construction Crew Thinks They Just Saved A Puppy, But Then They Get Him Cleaned Up…

While on the job in Canary Wharf, London, construction workers found and unexpected animal, caked in mud and strips of plastic, trapped deep in a hole.

The workers removed the animal from the hole,  very carefully, but it was so encrusted with mud they couldn’t tell exactly what kind of animal it was.

They took it to a nearby wildlife hospital for some help, and you won’t believe what they learned.

PetsFans.com tells the story like this: “The story started when, on a normal work day in England, some construction workers had a task to do near an area close to London’s Canary Wharf. While going on with their jobs, a few ground holes were left open.

The workers were startled when they heard a faint sound of cries coming from one of the open holes!

Imagine how heartbreaking it must have sounded. The workers didn’t waste any time, they rushed to try and locate the animal, without even knowing what they should expect to find, or whether any of them could be in danger.” 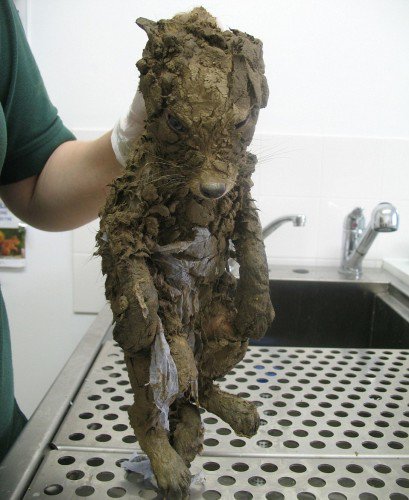 The workers quickly took it to the specialists at Essex Wildlife Hospital, who worked for hours, carefully cleaning the tiny animal.

Once the poor little thing was all cleaned up , they realized it was a four month old baby fox, who they later named “Muddsey.”

Su Schwar, the hospital’s administrator said, “it would certainly have had a pretty awful death if it hadn’t been found. It was very cold and in shock but is fine now. We felt sorry for him because he was completely caked and was absolutely petrified.”

“While we’re not sure if he’s old enough to be out and about on his own just yet, he’s in the capable hands of the veterinary staff at the wildlife hospital, who will help him learn to be the best fox he can be before they release him back into the wild.” 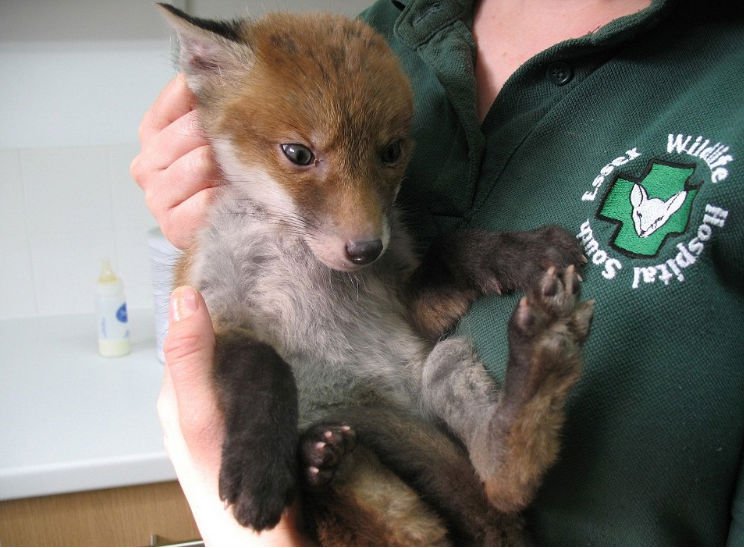 So happy this sweet baby was found!

Have you ever had to rescue an animal in need? If so, tell us about it in the comments section below.