A vet has issued a warning for pet owners after a cat was nearly killed from licking a Himalayan salt lamp in New Zealand.

Maddie Smith noticed her cat, Ruby, was acting strangely and assumed it was due to the cold weather.

After returning from work that evening, Ruby’s condition had deteriorated and she was unable to walk, eat or drink and was struggling to see and hear.

Ms. Smith took her to a vet who said she was suffering from brain swelling due to sodium poisoning. 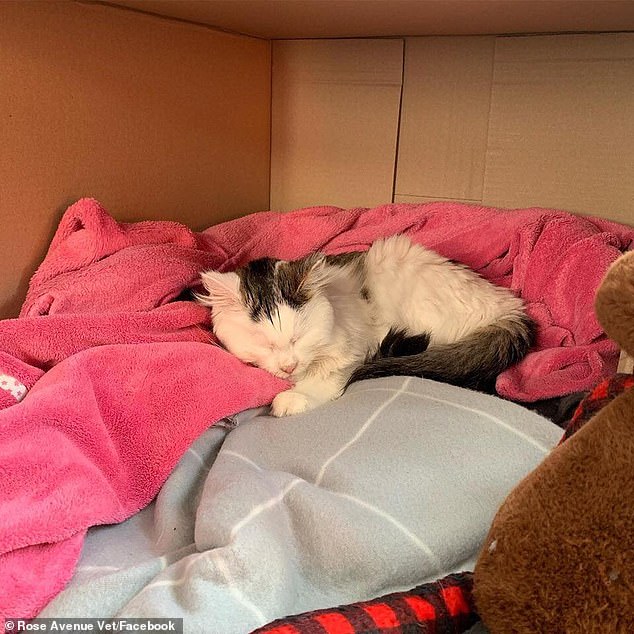 Sodium poisoning can be life-threatening for pets, with symptoms including seizures, vomiting, diarrhea, and loss of coordination.

Himalayan salt lamps are a common item in many households, and pet owners are being warned to keep an eye on their animals as the lights can be tempting for them.

In a Facebook post warning other pet owners, Ms. Smith said she was unaware that Ruby had been ingesting salt from licking the lamp, and was unaware of the consequences of increased sodium in her system.

Ms. Smith has removed the salt lamp from her home. 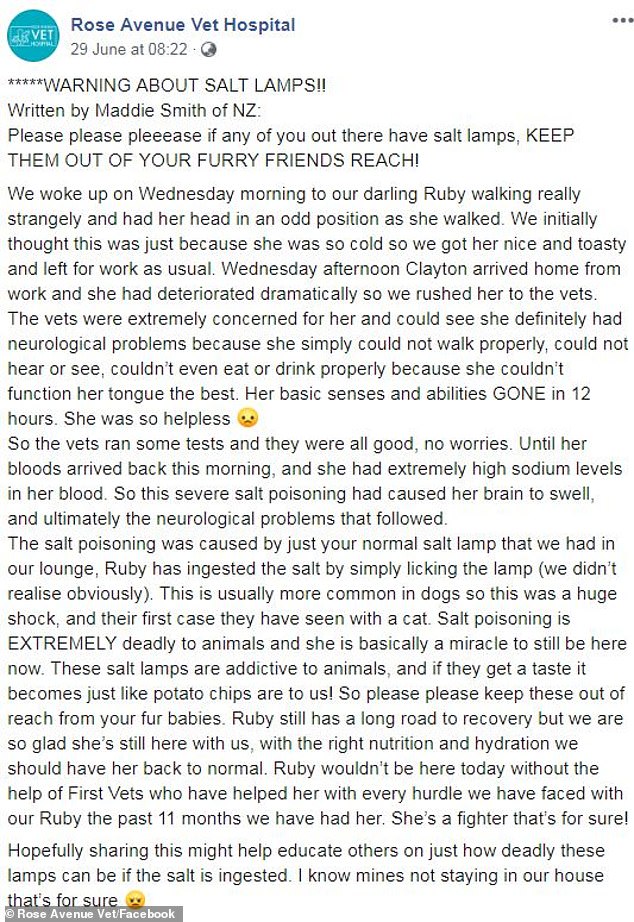