While this father and son were working in a scrapyard, they soon realized they were being followed…by two adorable kittens. 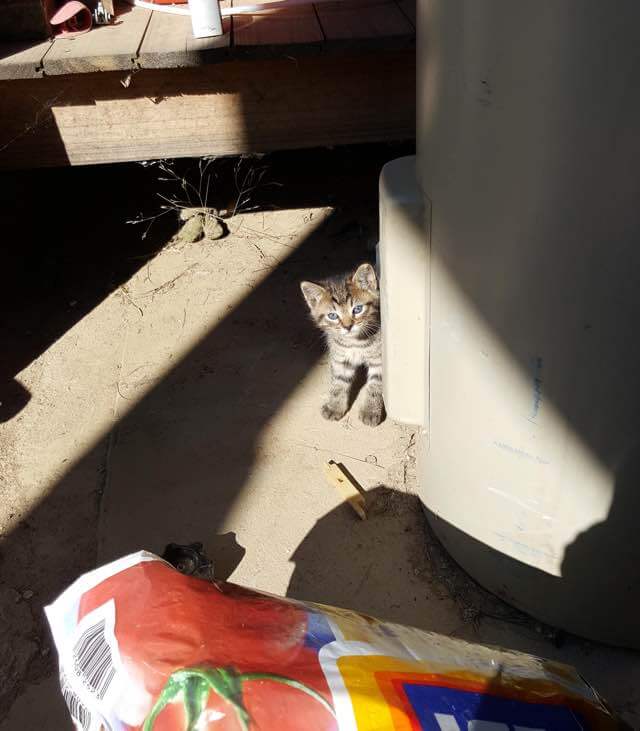 While they were searching for equipment for their new business, one kitten popped out from behind some equipment. 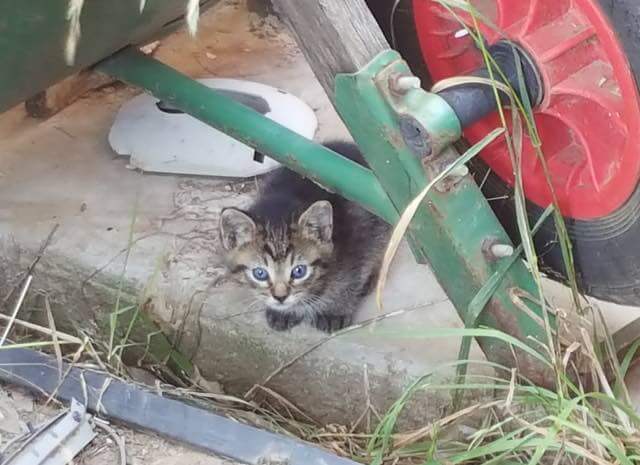 The poor kittens had just lost their mother and were now on their own trying to fend for themselves. 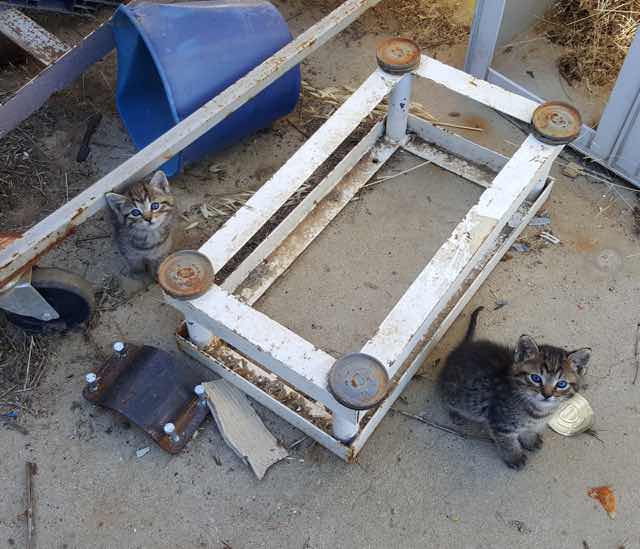 When the two men wandered past, the kittens came out from hiding to ask for some help. 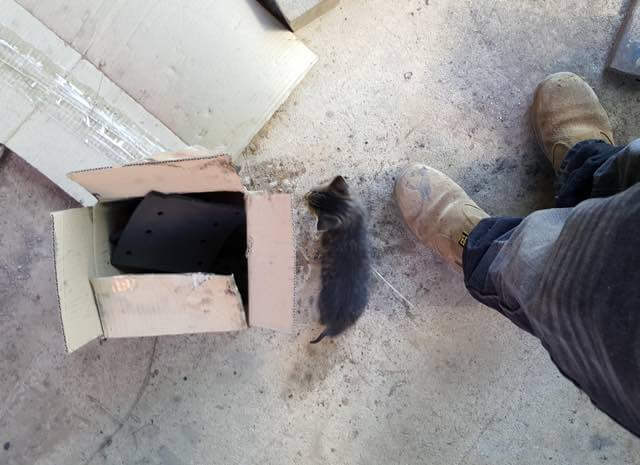 They were so friendly they curled around the man’s feet, begging for a little play time. To be sure they were truly on their own, they called the owner of the property inquiring about the kittens. 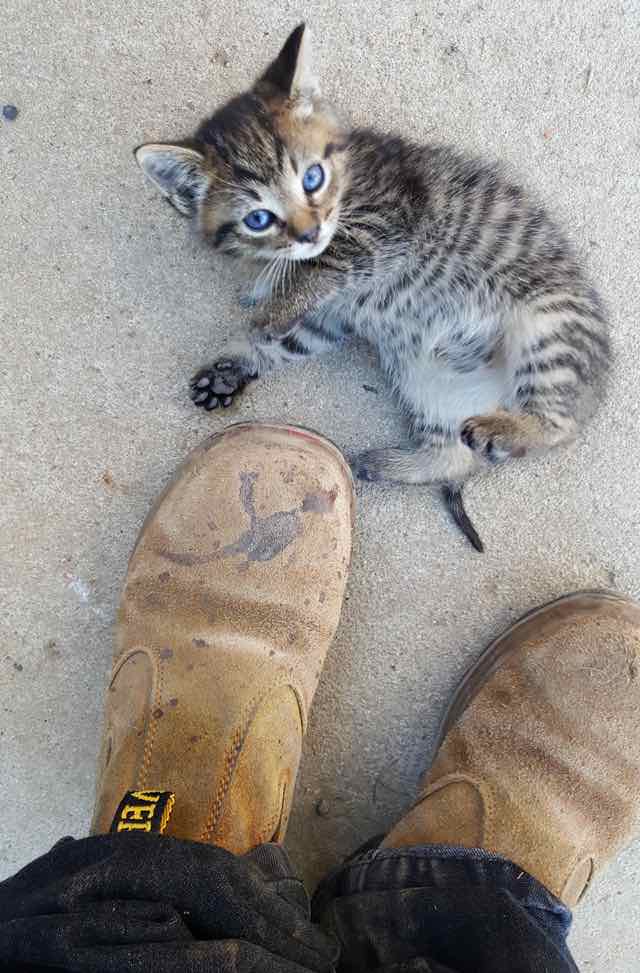 The owner gladly offered to foster them until they were big enough and healthy enough to go to their own forever homes. 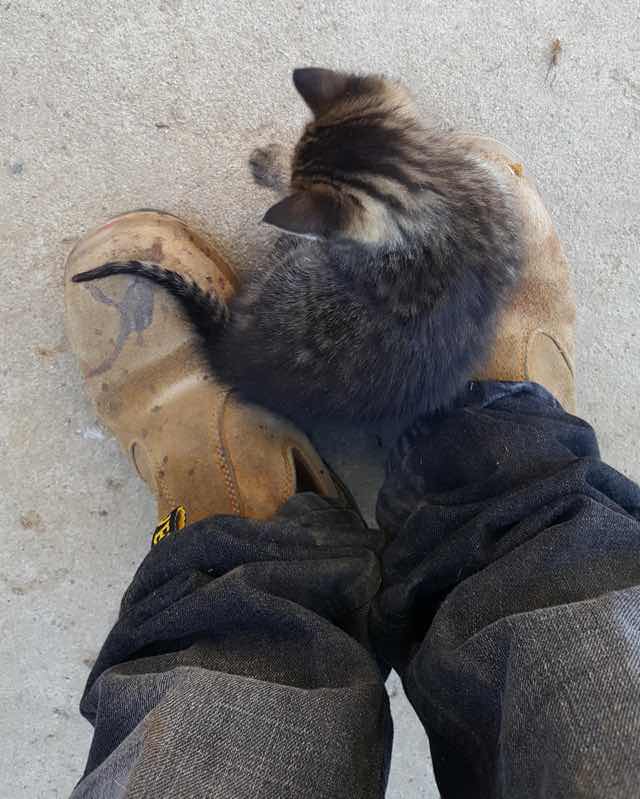 The father and son were unable to take them home themselves due to financial reasons. 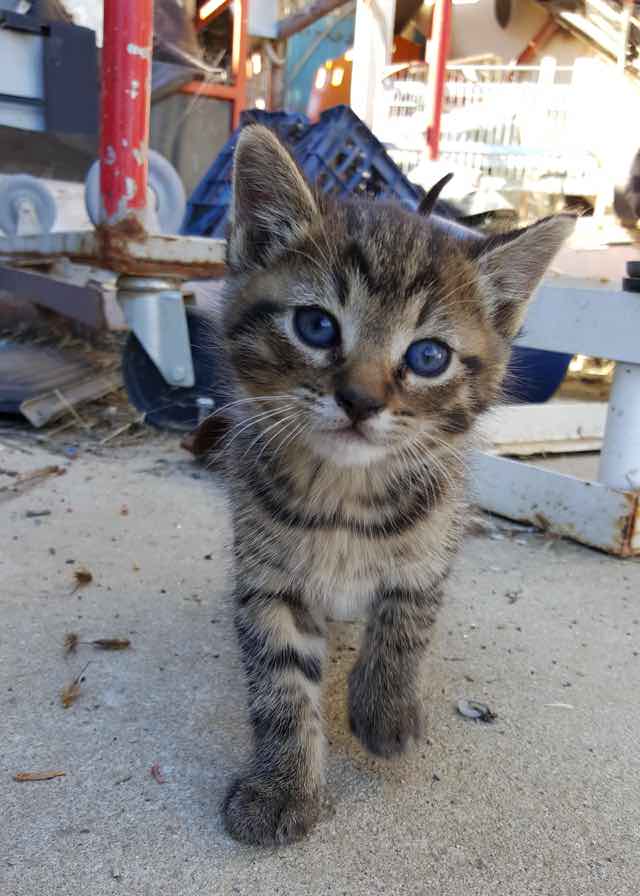 The act of kindness by these two men provided these kittens with a second chance at life rather than surviving on the streets as a pair of alley cats. 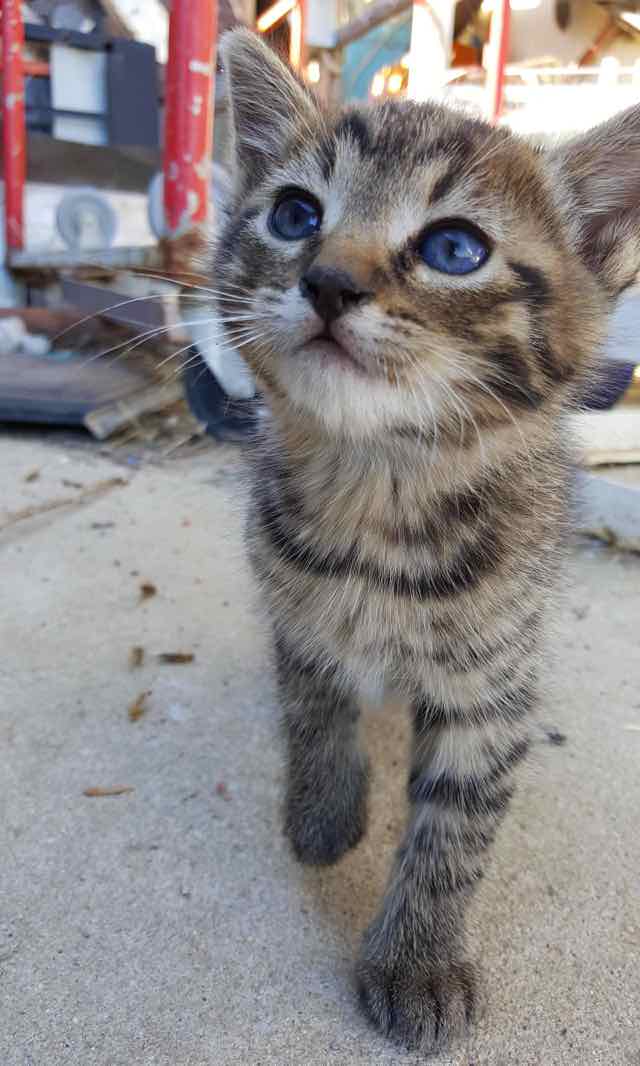