Because people continue to illegally acquire wild animals as pets, the exotic animal market has been around for decades. Not only is this dangerous, but maintaining the upkeep of such animals is expensive and difficult.

Once it becomes too burdensome for these owners, they neglect them, rather than let them find a new life in a reservation. Japik, the orangutan, was one such animal. He was being kept as a pet by a man living in Borneo. Japik was chained to a tree for two years, with nothing but a few planks of wood to serve as her home. 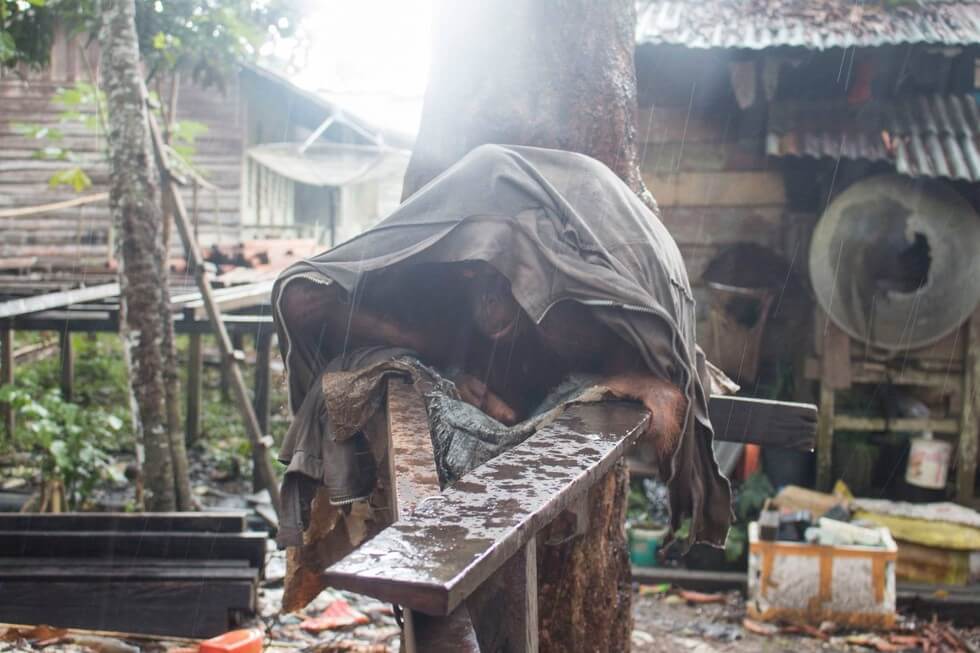 The poor animal was only fed food scraps and had no stimulation or freedom to move about. She was without any shelter to keep her from the elements. 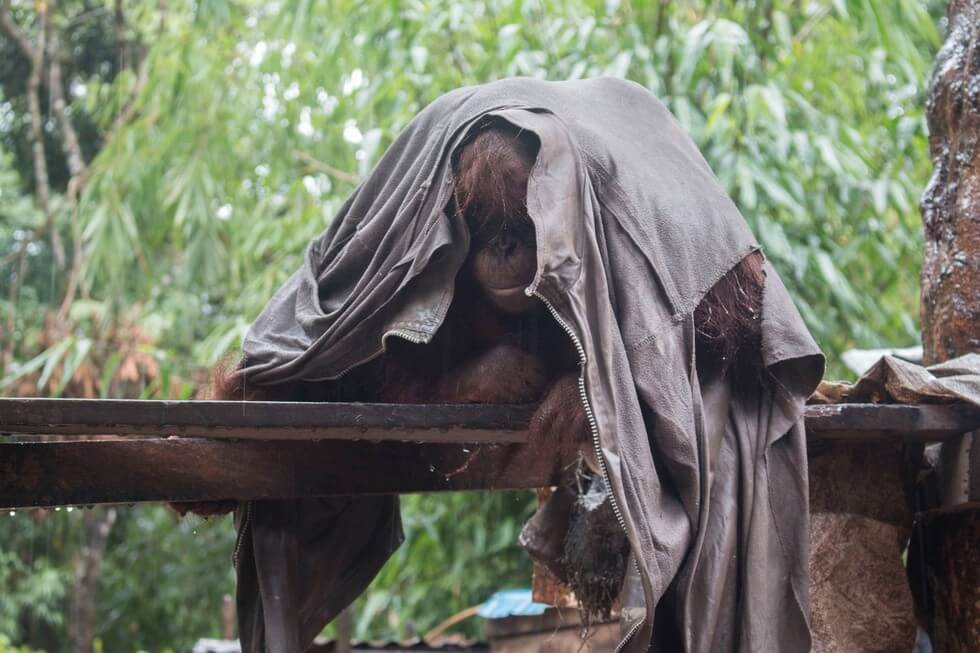 She was about four to five years old when she was found, which meant she would have likely still been with her mother when she was taken. 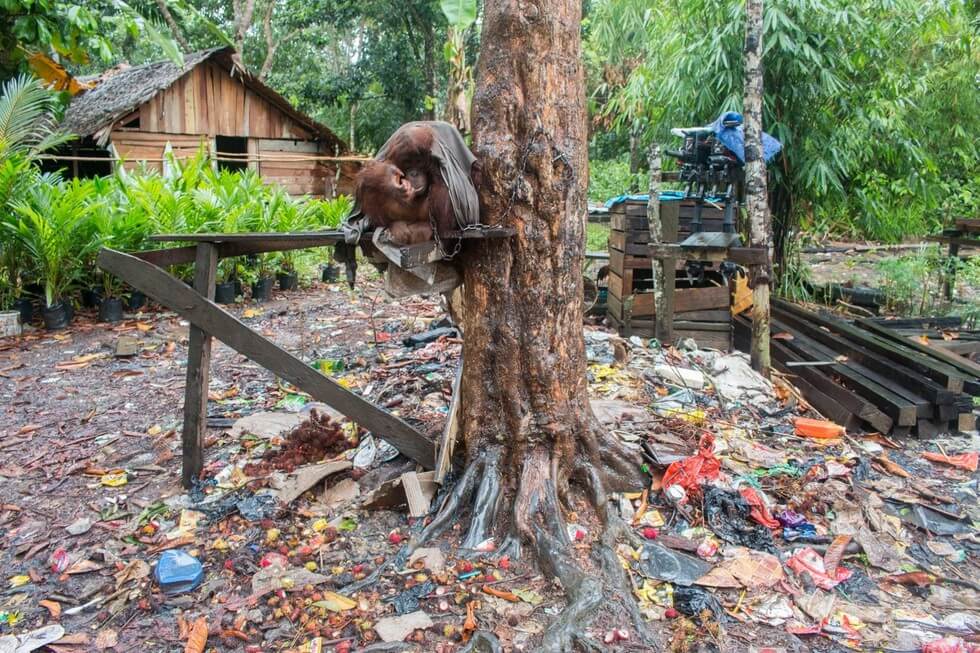 Many orangutan mothers have been killed so their babies to be sold on the black market as exotic pets. When a Good Samaritan discovered what he was doing was illegal, he contacted International Animal Rescue to rescue Japik.

When Japik was discovered, she was already showing signs of trauma and neglect by constantly hugging herself. The chain that kept her confined to the tree had been wrapped so tightly that she had a cut under her chin

IAR hopes that in time, she can recover from this ordeal with some patience and loving care.