Gore Zhdanov passed away at the age of 79, and his dog was, for the most part, left all alone. Gore’s relatives gave the dog just enough food and water to survive, but he was completely ignored.

It was a full year later that a rescue organization heard of the pooch’s dire situation and decided to step in. When they went to the apartment, what they found was heartbreaking.

Because he was neglected, he became sick from simply not being properly groomed for so long.

After being neglected for over a year following the death of his elderly owner, this poor dog was in rough shape. His fur was so overgrown, matted, and heavy that he could barely breathe! 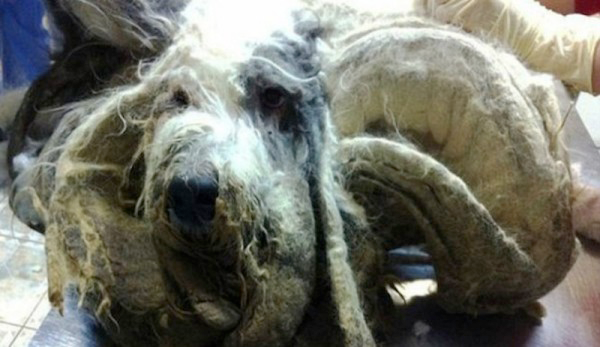 He was an Old English sheepdog, whose remarkably thick fur requires constant grooming and attention. Left without care for so long, however, it was clear that he was suffering. 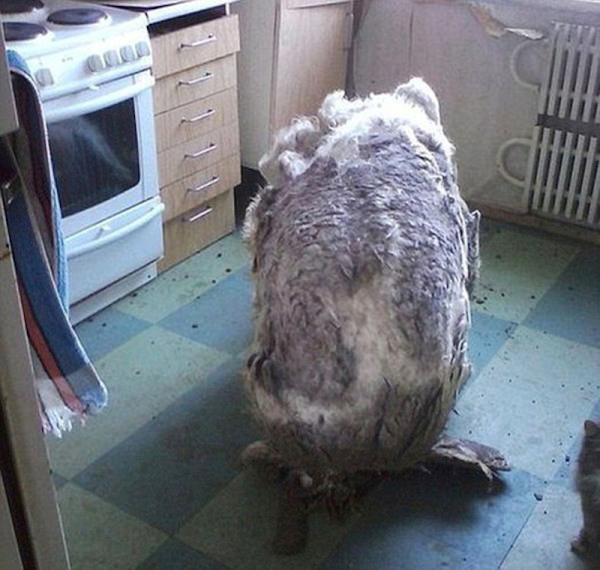 His rescuers knew that they had to act quickly and to suggest that he was uncomfortable is a major understatement! 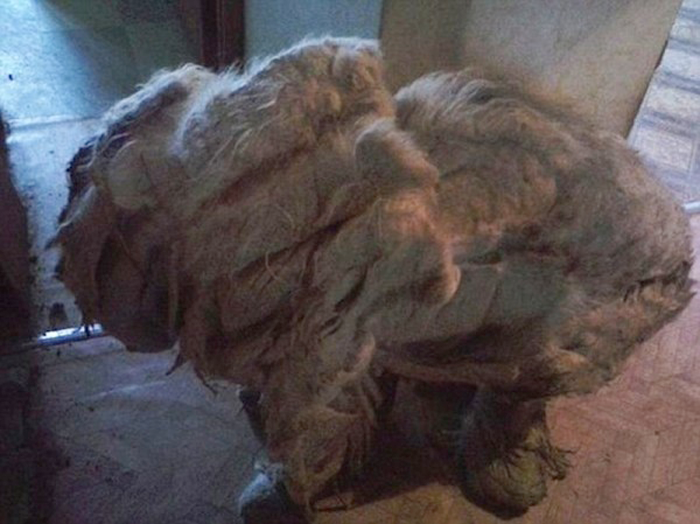 It took six staff members over three hours to remove all of the overgrown, matted fur. The clumps of fur were so enormous that cutting them off took the better part of an evening and it was a painful and excruciating process. 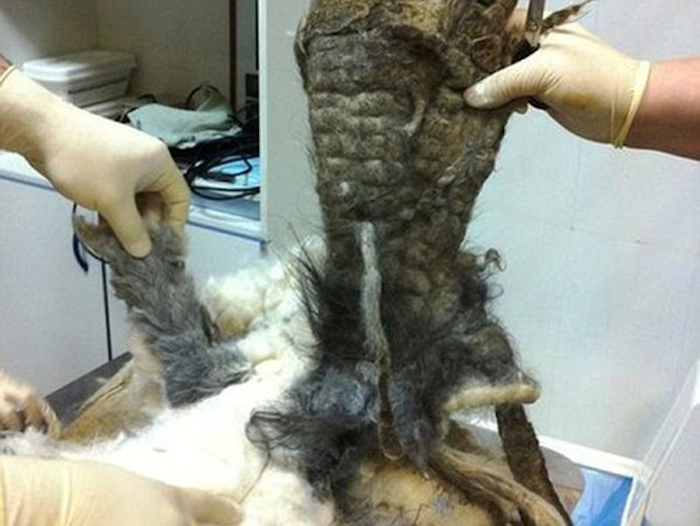 Underneath those layers of grime were infections, sores, and abscesses. The poor dog was in serious pain, and it was becoming abundantly clear that this wasn’t going to be a quick fix. 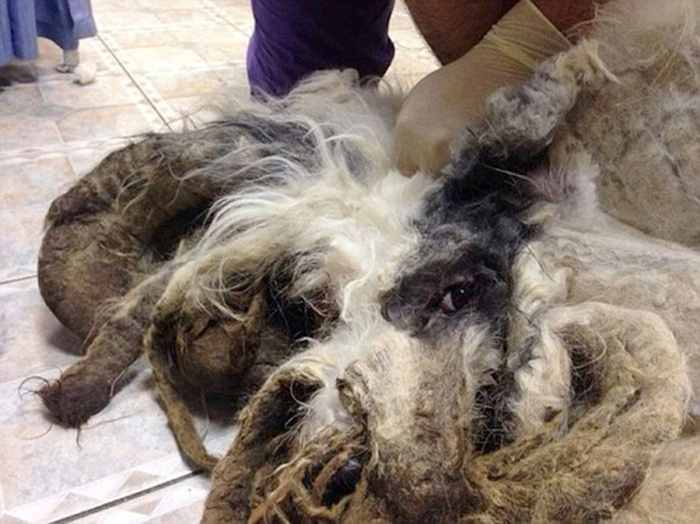 Under all that mess was a beautiful soul ready to be loved, despite all of his pain, the rescuers could tell this dog was a sweet boy. He even gave them a little hint of a smile! 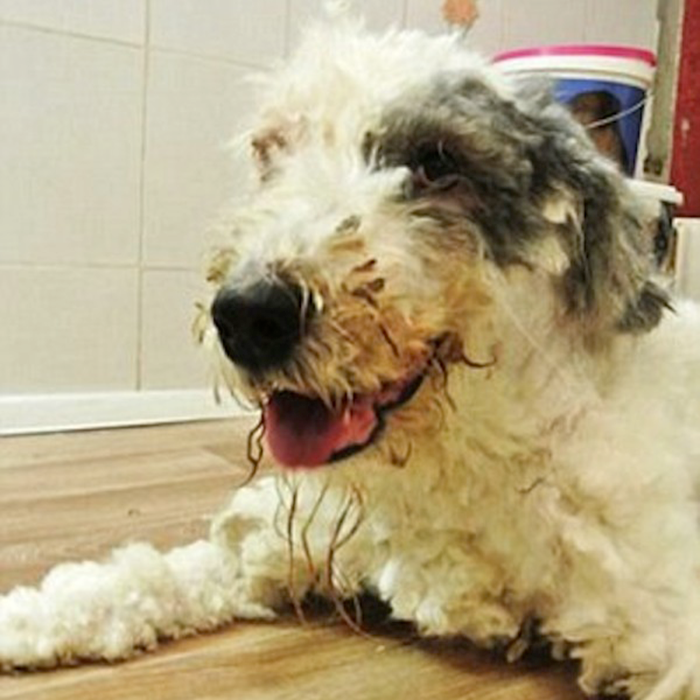 The negligent relatives of the dog’s previous owner didn’t even know his name, so rescuers renamed him Cocos. 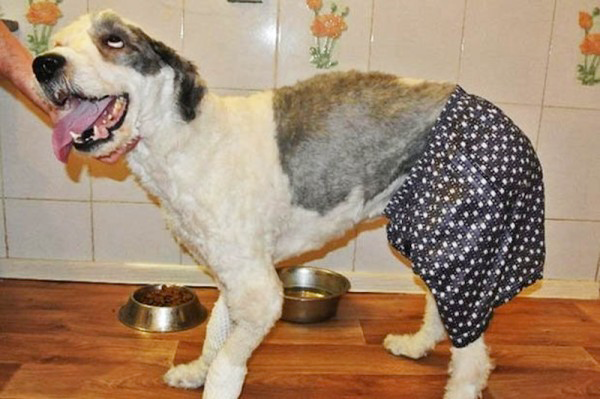 Cocos was, luckily, adopted by a woman named Elena who gave him the love, affection, and attention he deserved. Life was finally looking up for sweet Cocos. 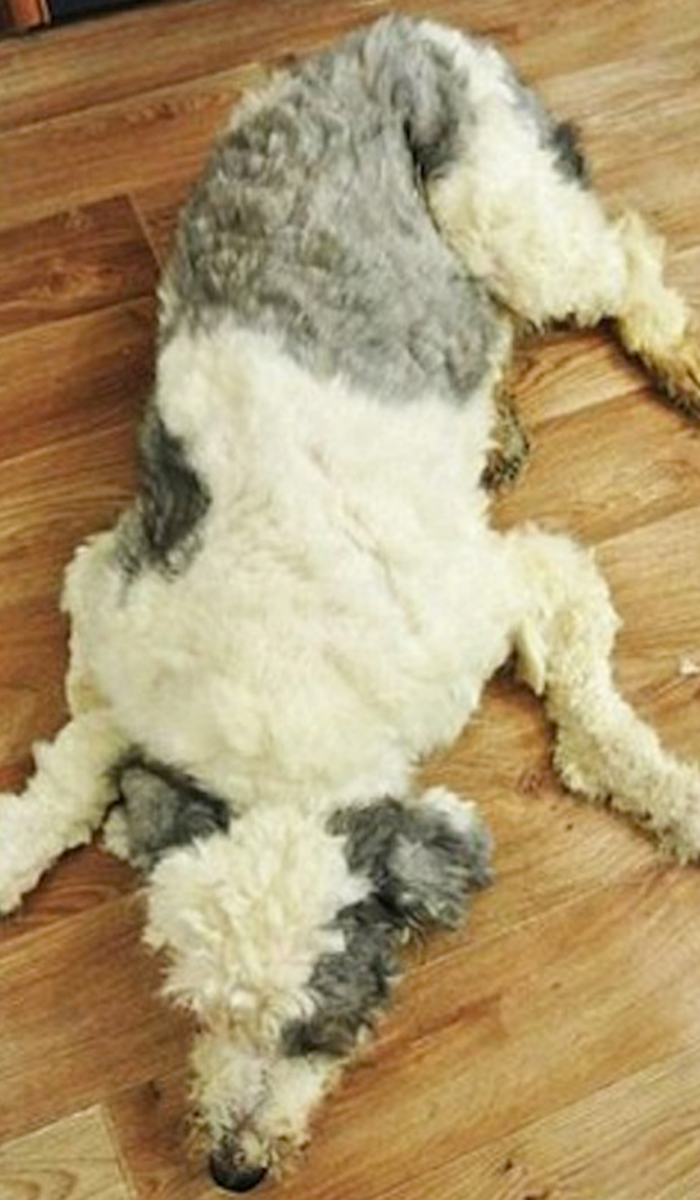 He’s now as happy as can be in his forever home! What an incredible transformation!