In India, a baby donkey was severely injured after another animal attacked her.  Animal Aid Unlimited was called to help the baby, but the mother donkey refused to leave her babies side until she was safe. 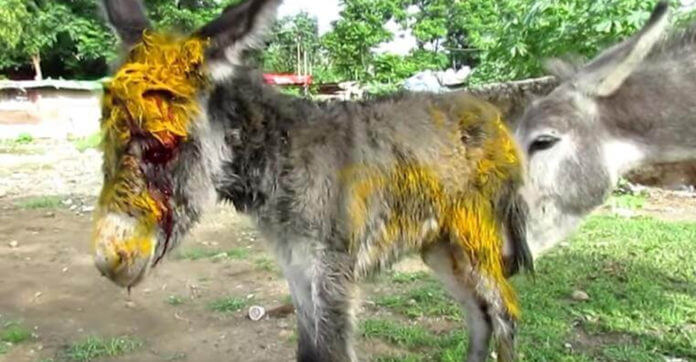 The people tried to help by covering her wounds in turmeric, and thought the turmeric would help stop the bleeding, but it wasn’t enough.

The mother donkey was helpless and just kept nuzzling and prodding her baby trying to help. 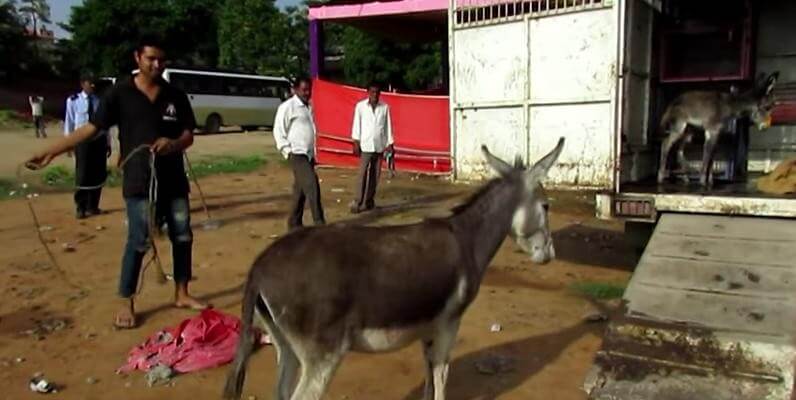 When the rescuers from Animal Aid arrived, the mother panicked.  She thought the people were trying to take her baby from her, so they brought momma along.

The workers began to treat the young donkey’s wounds, and after a short time, the mother donkey relaxed.

She seemed to understand that the people were trying to help, she wasn’t afraid anymore. Despite the severity of the wounds, the baby donkey made a full recovery.

It did take a lot of love and treatment. The young donkey was named Genevieve.

You can watch Genevieve’s story in the video below.