Home
Elephant
A Massive Elephant Kept Following This Car But When They Stopped, They Couldn’t Believe What They Saw… 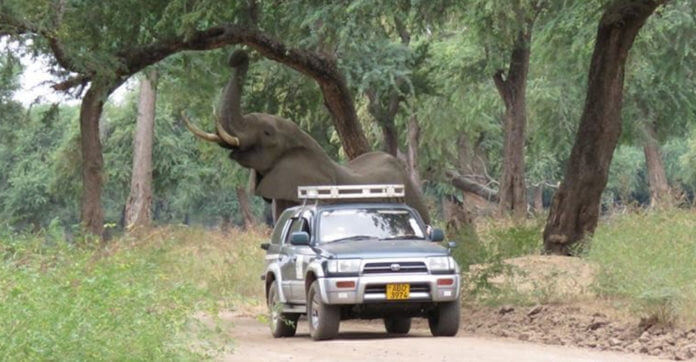 When Pretty Boy, the elephant was shot in the head, he reached out for help. He not only survived the attack but had lived with the injury for several weeks before finding someone to help. 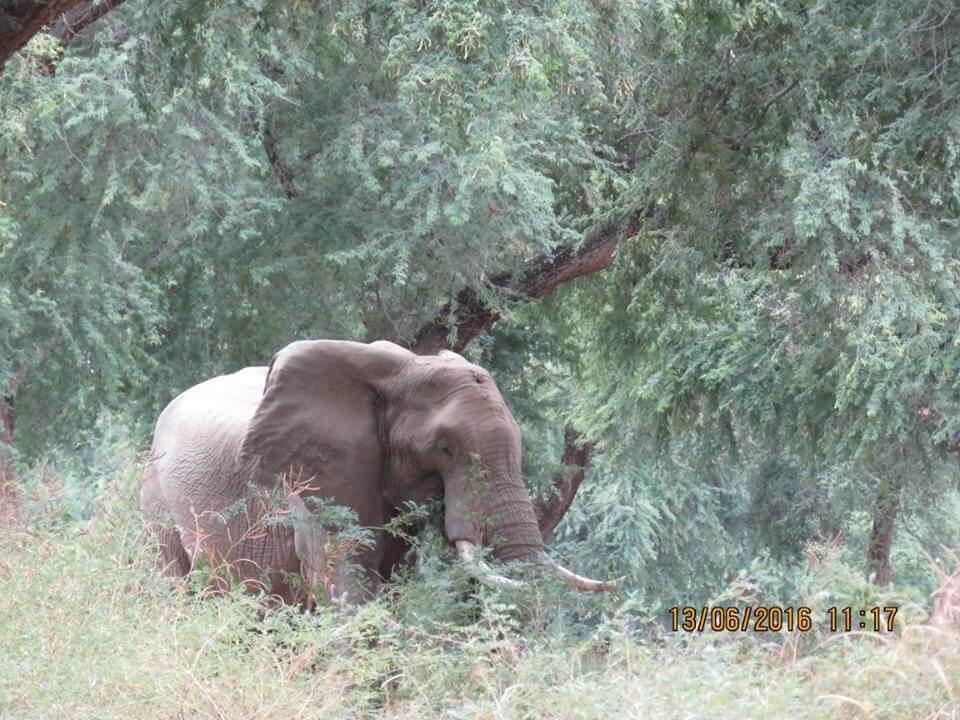 After getting word of the injured elephant, veterinarians from the Animal and Wildlife Area Research and Rehabilitation Trust (AWARE) went to Mana Pools National Parkvin Zimbabwe to help. 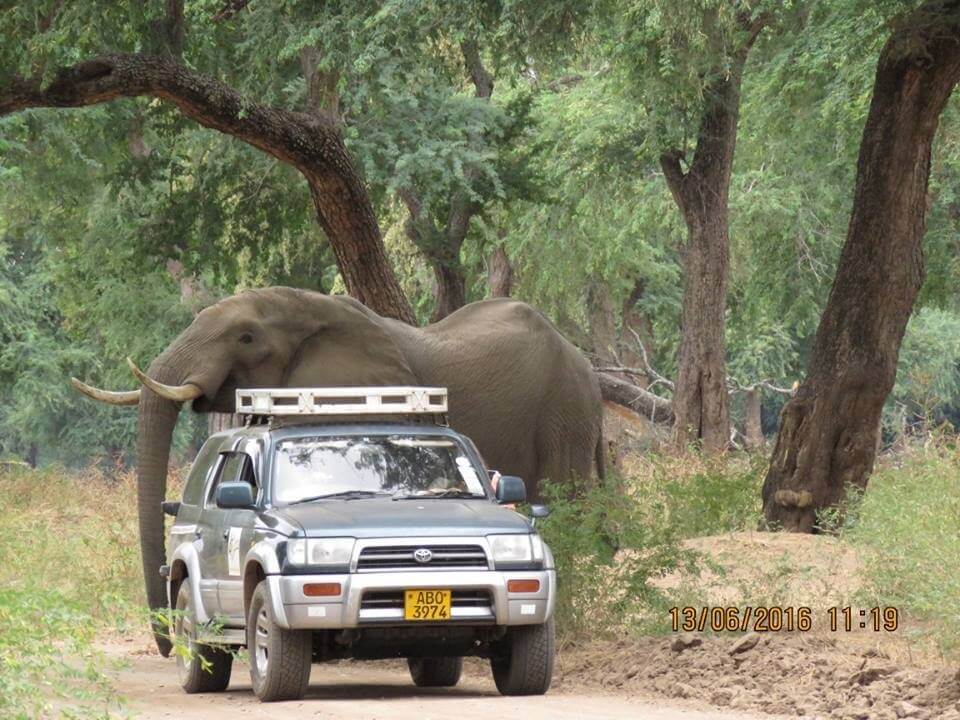 It was as if Pretty Boy knew they had come for him and approached the car within 30 minutes of their arrival! 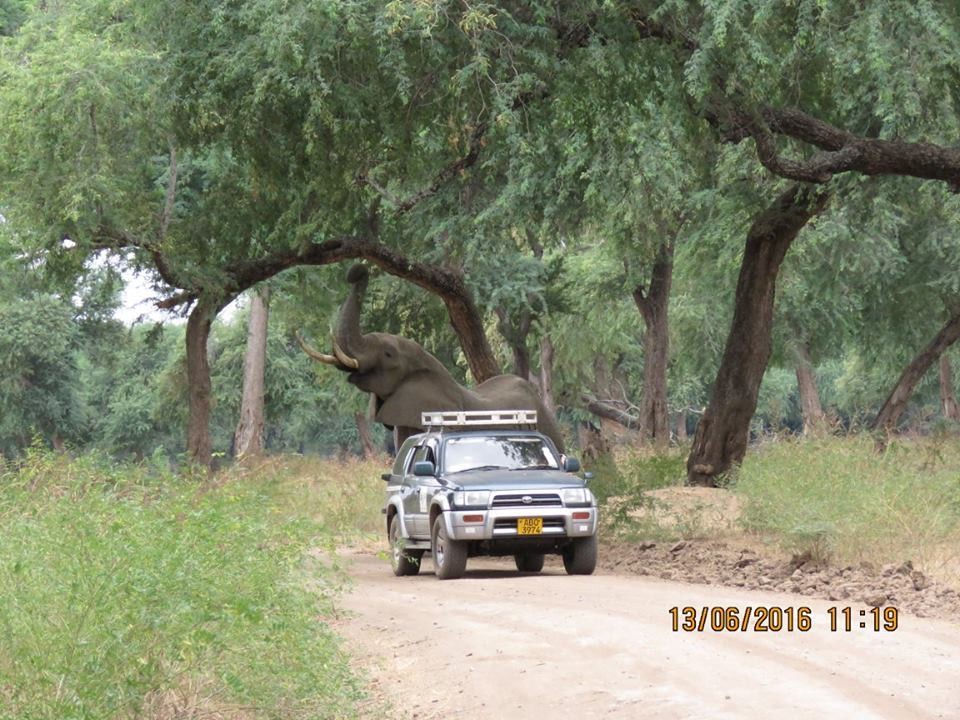 Despite his injury, Pretty Boy was relaxed and gentle.

It didn’t take long for the doctors to see the evidence of the shot in his forehead. 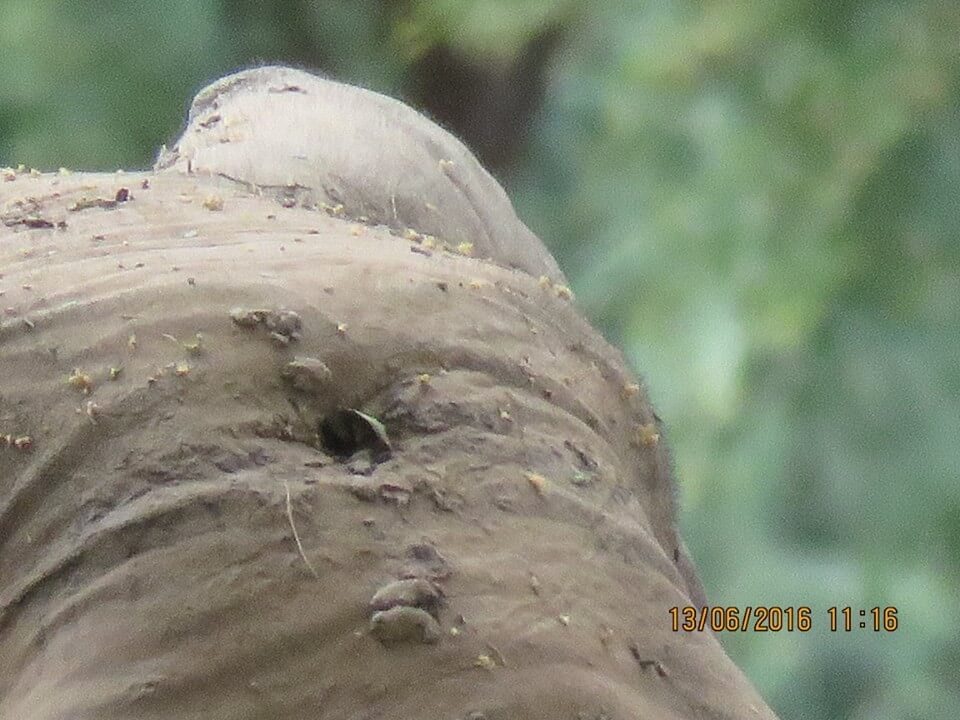 After getting a tranquilizer and X-rays, the deformed bullet was located in his head. 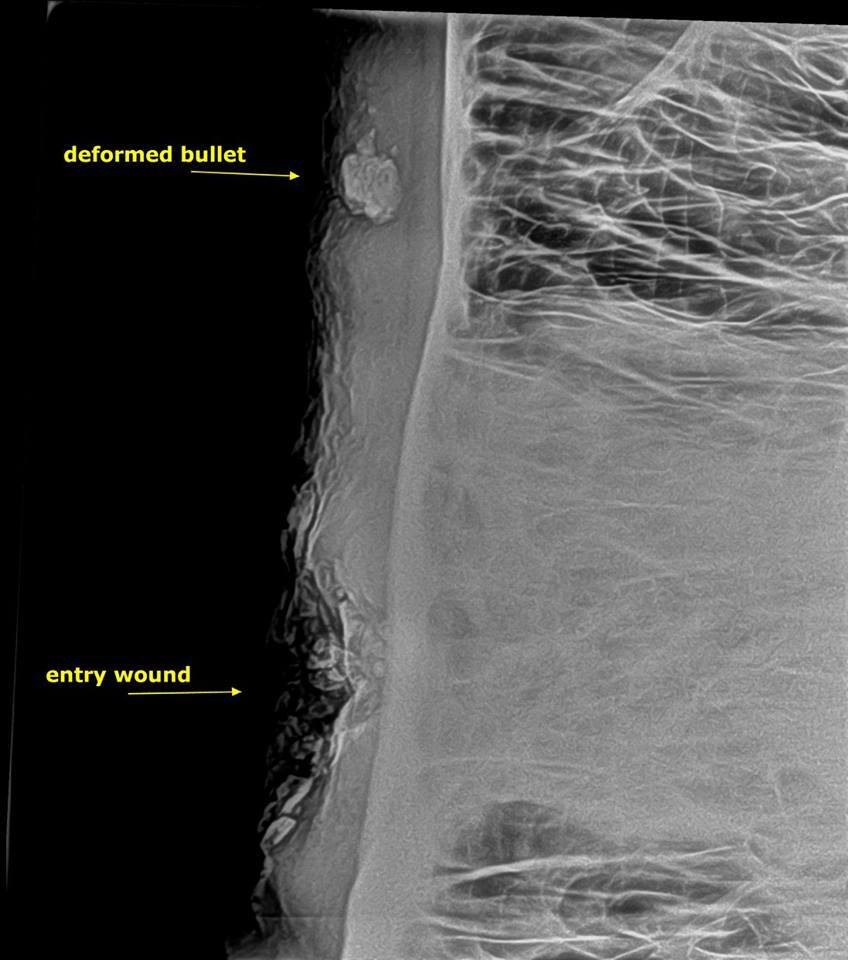 Director of AWARE, Dr. Lisa Marabini said that bullets generate a lot of heat when they penetrate tissue that they are usually sterile. 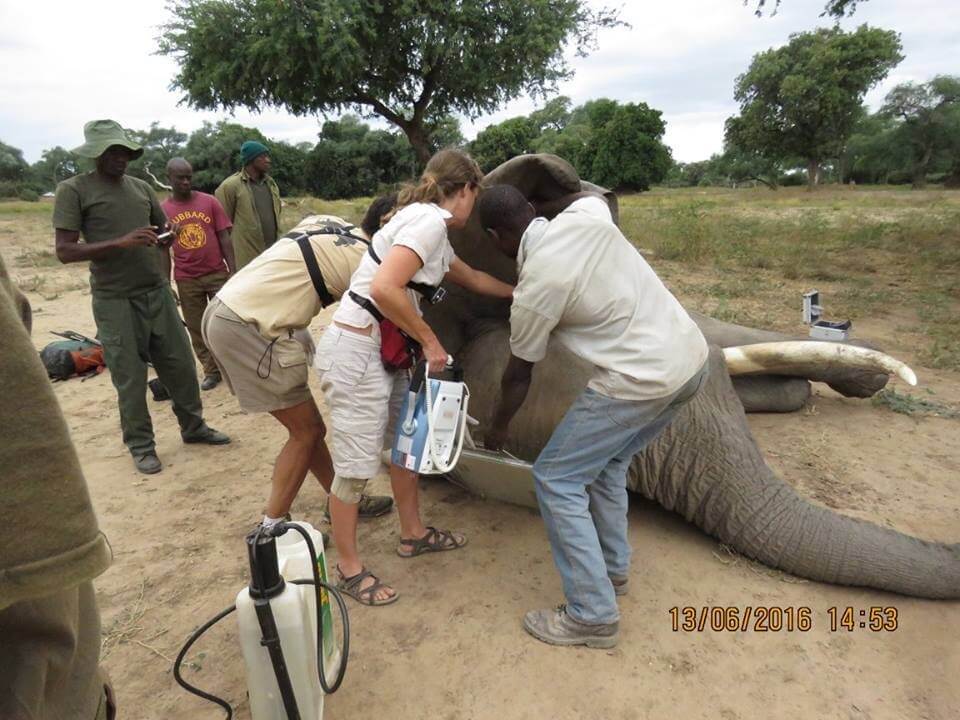 There was no need to remove the bullet if it hasn’t hit a vital structure. 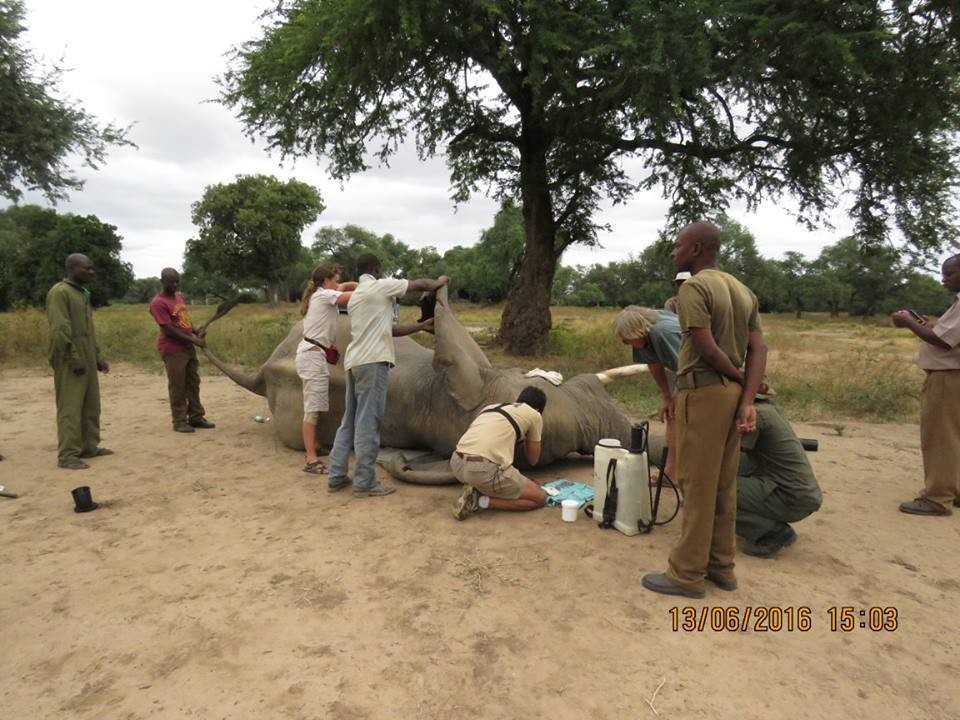 The bullet in Pretty Boy’s head had glanced off his skull causing a fracture in the bones of his sinuses, and his wound was infected. 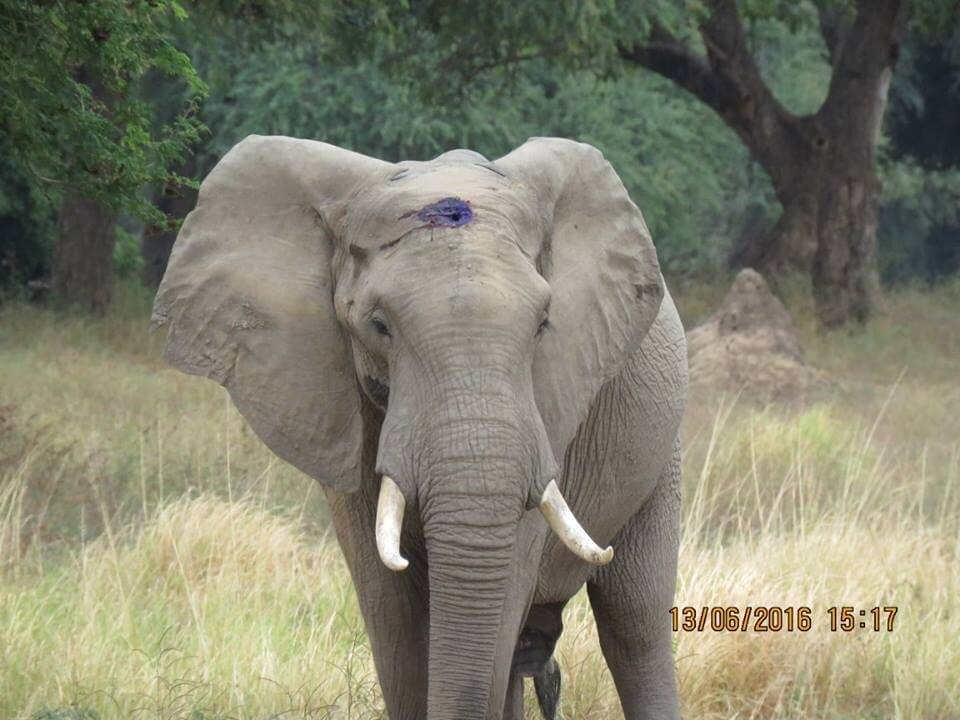 Doctors needed to remove the dead pieces of bone so Pretty Boy could heal properly. 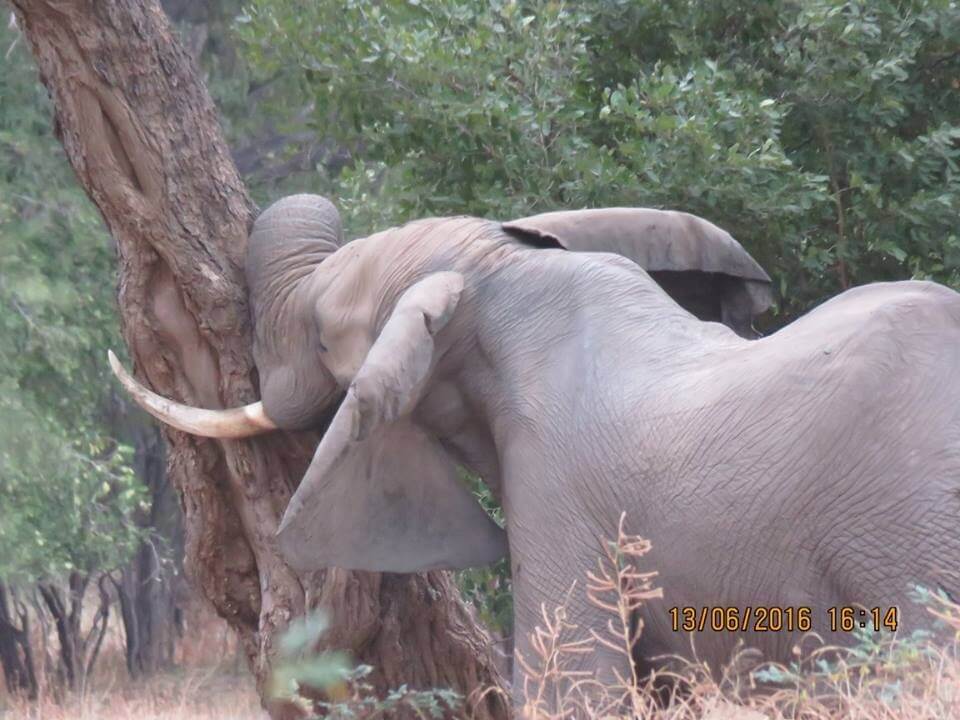 There was evidence of another abscess in Pretty Boy’s shoulder. Pretty boy was given antibiotics and parasiticides and took a quick nap on a tree! 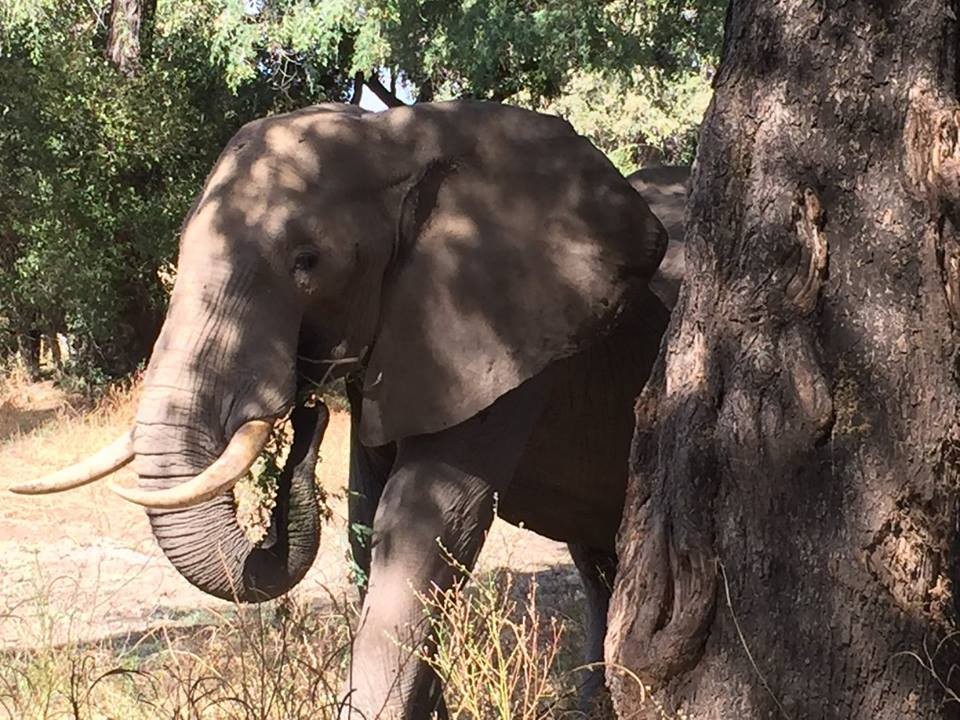 Tour operators in the area will monitor Pretty Boy’s progress over the next few weeks.