In this great, wide world there are all kinds of organisms inhabiting the Earth. Every species is unusual in its own way. Sometimes they are just literally larger than life.

We all expect elephants to be massive, but there are many animals out there that give quite a shock when it comes to size.

Check out the images below to see some of the most surprisingly large creatures on Earth. 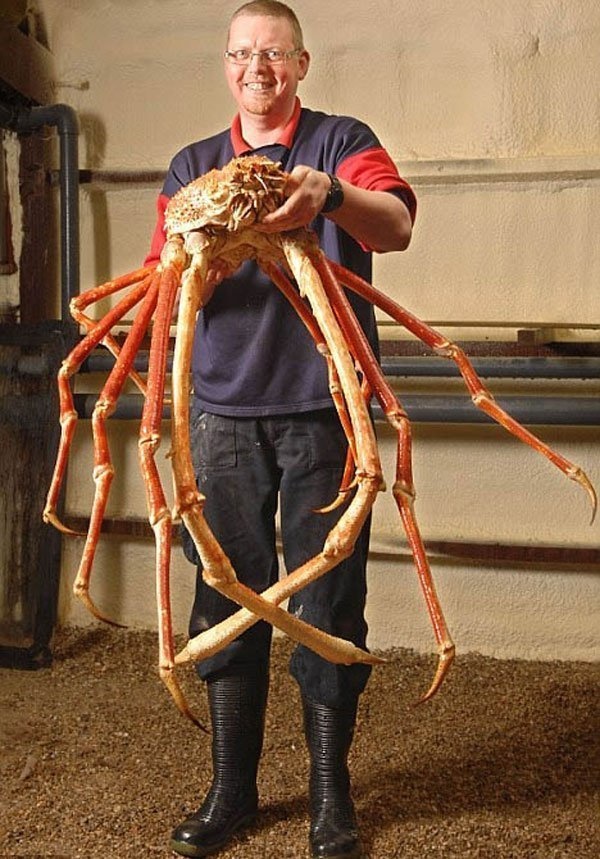 Nicknamed “Crabzilla,” this huge crab is more than 10 feet across and 40 years old and still growing! He could eventually reach a span of 15 feet. 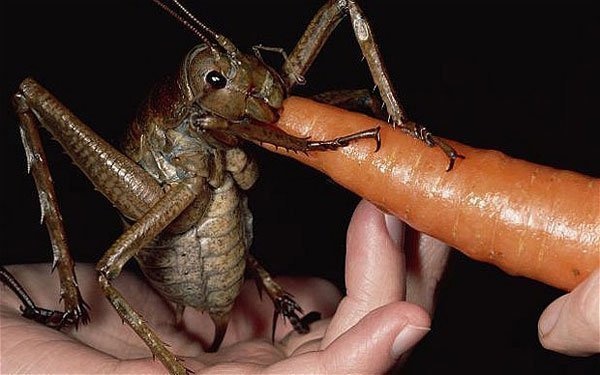 Giant wetas are larger than any other species of insect that currently inhabit the planet. This especially giant one was found on Little Barrier Island in New Zealand. 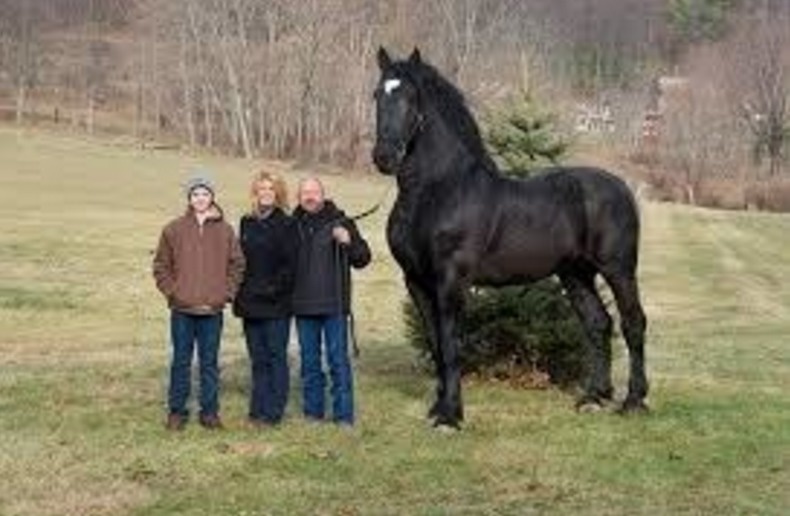 Aptly named Moose, this giant horse is a Percheron. These are well-muscled horses who have a reputation as hardworking and intelligent. 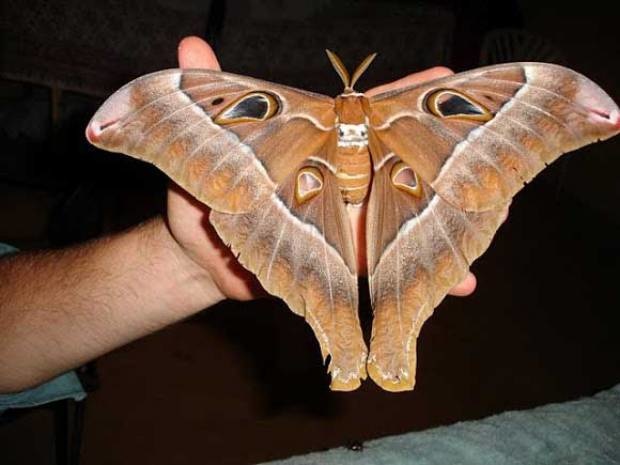 This Hercules moth has a wingspan of nearly 11 inches and is the largest moth in Australia. 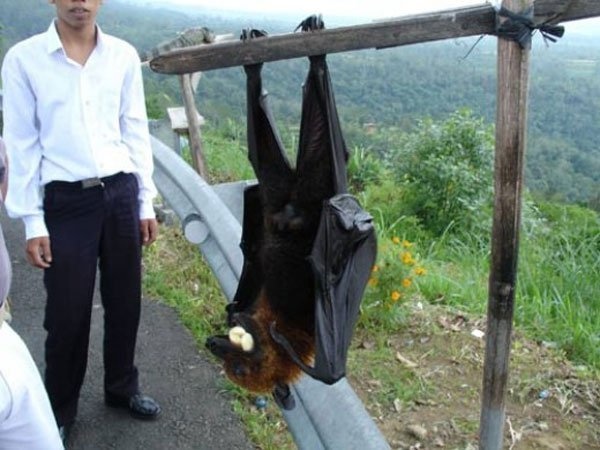 The Bismarck Flying Fox is actually the world’s largest bat. They can weigh up to three pounds and roost in large groups of hundreds or even thousands. 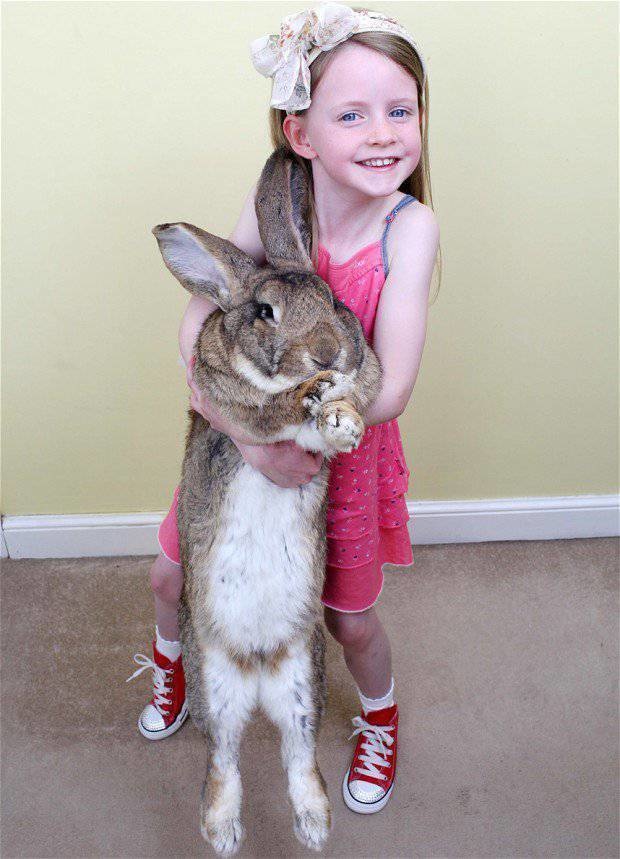 Darius is officially the world’s biggest rabbit, after getting an official weigh-in by the people at Guinness World Records. The 49-pound bunny costs a whopping $4,000 to feed each year to maintain his weight.

This huge fish was found off the coast of southern California. It took 16 people to bring the lifeless, 18-foot fish to shore. 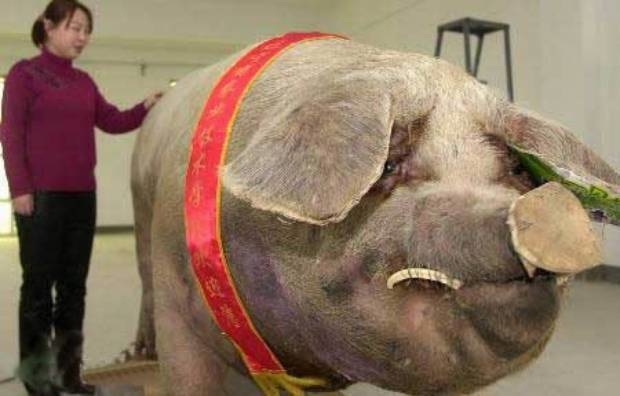 This pig weighed in at 1,984 pounds and measured over eight feet long and seven feet around the waist. Sadly, it wasn’t enough for the world record, though; that place is still held by “Big Bill,” who died in 1933 and weighed 2,551 pounds! These snails are the largest species out there. They can grow up to eight inches long and live for around five to seven years. 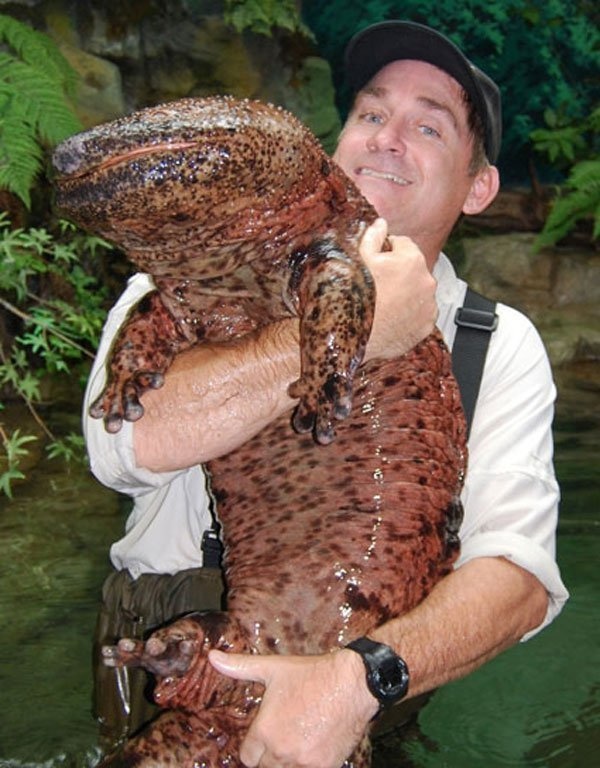 The largest amphibian in the world is the salamander. It can weigh 55 to 65 pounds as adults and measure nearly four feet in length. This specimen was found in the Philippines after a three-week-long hunt by 100 men. It measured 21 feet from tip to tail, the croc had killed at least one fisherman. 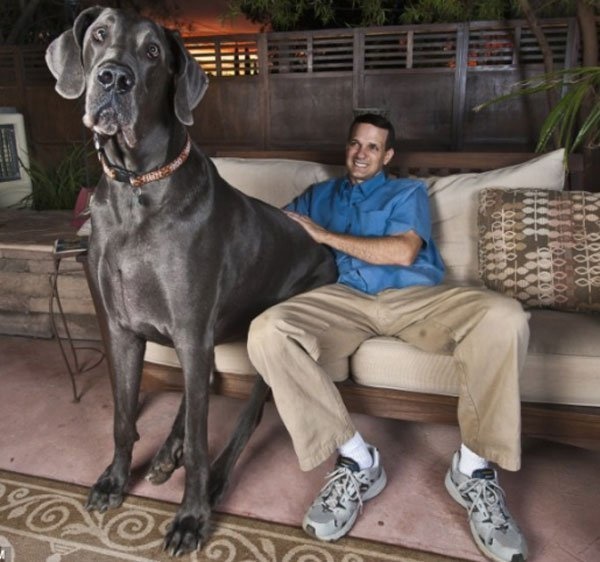 Everyone knows that Great Danes are huge, but George the Giant is in a class of his own! This pup is a real sweetheart with a body that weighs 245-pounds! Found in Cameroon and Equatorial Guinea, the Goliath frog is the largest living frog on the planet. They can grow up to 13 inches in length and weigh over seven pounds. Hercules the liger is eleven feet long and measures four feet tall at the shoulder. He’s the offspring of a male lion and a tigress and lives in South Carolina at a wildlife preserve.