Chickens and hens are a staple in the farm world. They lay several fresh eggs a day, eat your leftovers and very laid-back.

Hens tend to keep to themselves and are pretty independent. 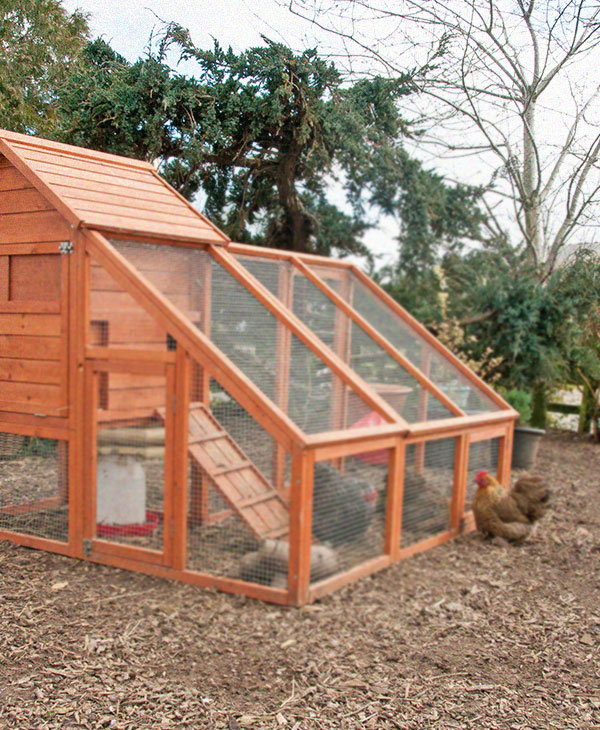 One hen, however, was known for her sweet side. Most hens can be found in the hen house nesting or resting, but this hen was always found walking around the farm and hanging out with the other animals. Unlike the other chickens, she wasn’t intimidated by leaving the hen house. 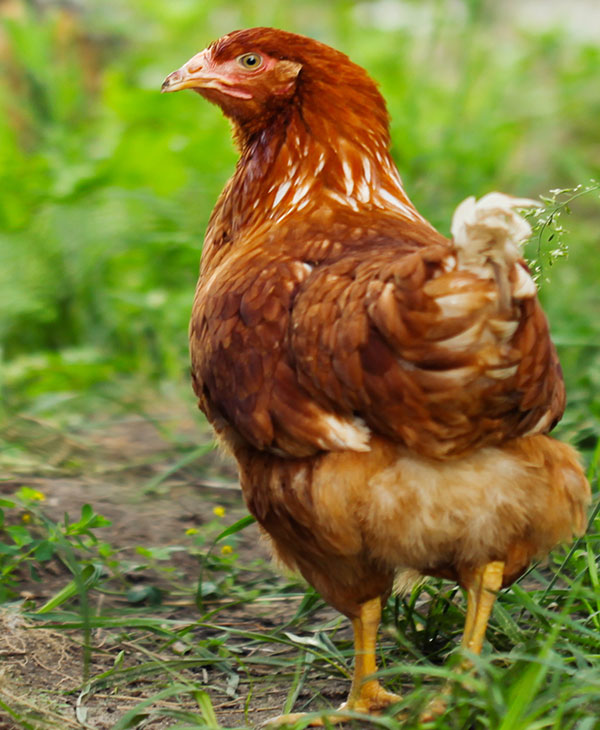 While her owner was on his morning feeding route, he noticed something was a little off. When he approached the hen house, he saw one hen that seemed to be out of place. This was his friendliest hen who normally joins him for his morning, afternoon, and evening routes around the farm. Instead, this morning, she sat motionless in the hen house. He figured, “She’ll join me later this afternoon” he thought.

As the day passed, the farmer noticed that he still hadn’t seen this hen come out of the hen house. When he went to check on her, he was shocked to see her in the same place! He was puzzled because she wasn’t able to lay her own eggs but she was clearly guarding something. “What could she be nesting on?” He wondered. 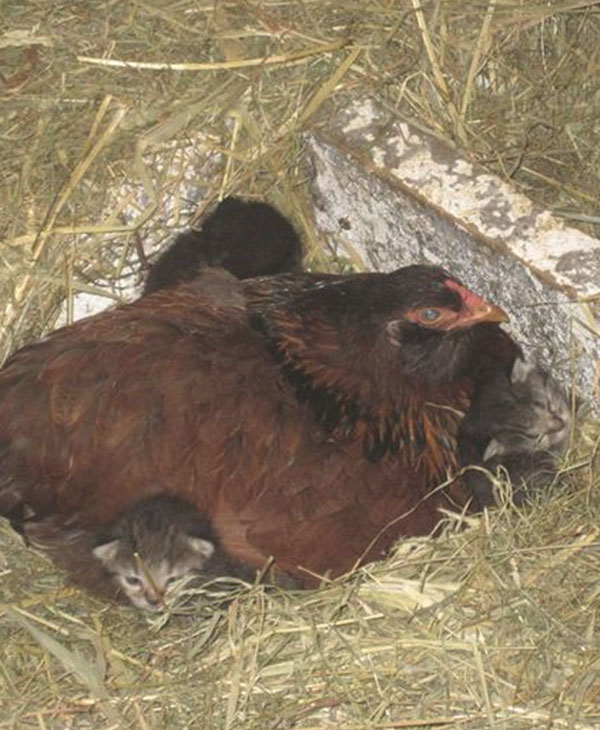 Finally, as evening approached, the farmer went to the hen house for a third and final time that day and the hen was still sitting in the same spot! That’s when he moved closer to her and was startled! She was nesting, but not on eggs!

The farmer was in shock to see that his girl was nesting on – kittens! It appeared that one of the farm cats wandered into the hen house and gave birth near the chickens! The maternal hen had decided to protect the kittens after they were born. The farmer was overwhelmed by the unconditional love of the hen and was so pleased to know that she was protecting new little kittens. 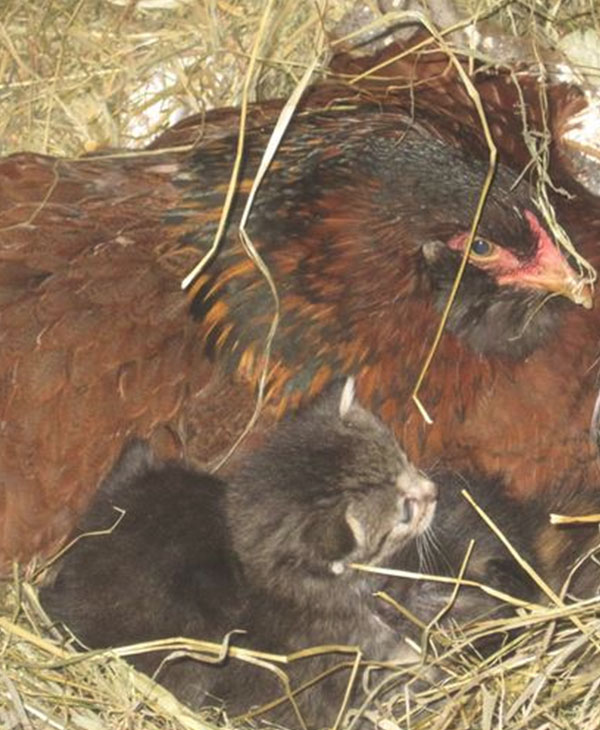 This story is a testament to the fact that a that mother’s love knows no boundaries!