George the dog lost his partner of 12 years, a Labrador named Blackie and from that point on, says owner Jacquie Litton, he was overwhelmed with grief.  He was so depressed, they weren’t sure at times that he’d even survive the heartbreak.

But then that all changed… 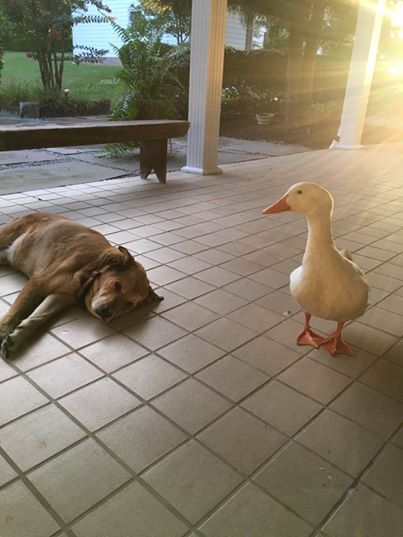 Without warning, a friendly duck appeared on the porch of their home in Tennessee — and was immediately drawn to sad old George.

It turns out, the feathered stranger was just what he needed. 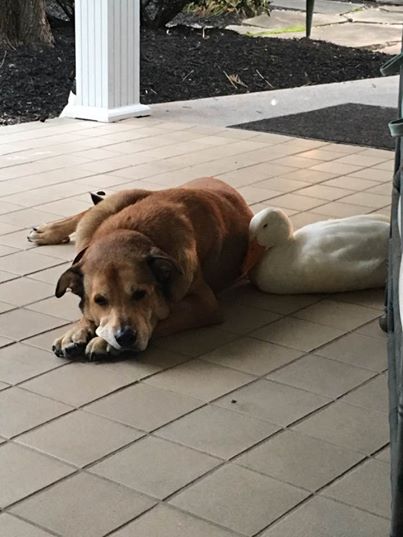 “We have no idea where this duck came from but he sure does love George and since the duck has arrived George has not cried one time,” Litton wrote on Facebook. “It is strange for a duck to just appear at our house and be attached to your dog and even more strangely the anniversary week of Blackie’s passing.” 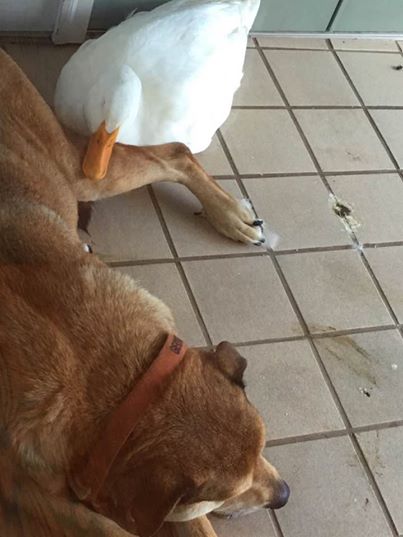 From that moment forward, George and the duck were inseparable, Litton even invited the duck inside to sleep.

George gave him his bed. 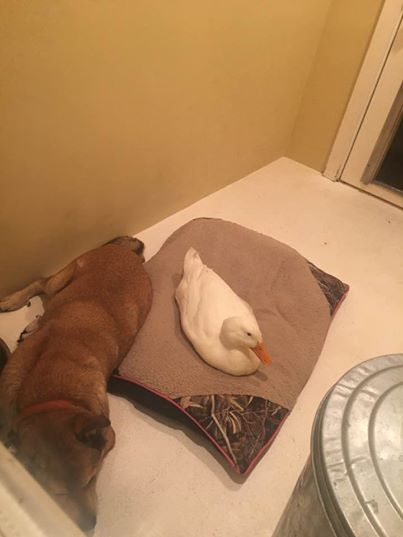 After only a week,  George has already benefitted from the joy of having a new best friend. In a way, it’s like he’s himself again.

“Since the duck has showed up, he’s been fine. He’s not wanted in the house. He’s not whined. He’s not meeting you at the car, ya know, looking sad.”