Home
Rescue
Extremely Emaciated Puppy Has A Strong Will To Live

Brewster, the Boxer, was a very optimistic pup.  When he was rescued, he wagged his tale despite his critically emaciated condition, thanking the stranger who found him in an abandoned park.

The poor baby was found weighing only 25.8 pounds in Ridgewood, NY by a good Samaritan who checked him in the NYC shelter. He was eventually taken to Adopt a Boxer Rescue (AABR). 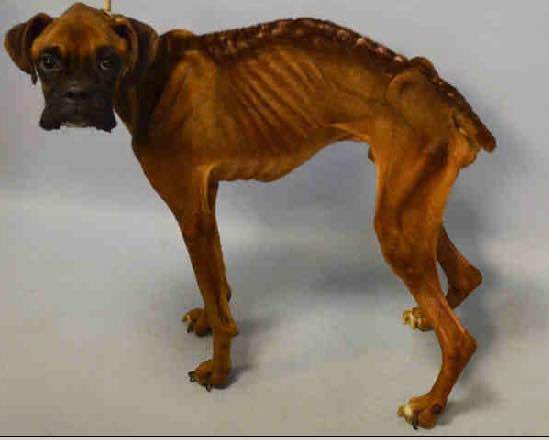 AABR admitted him to the emergency care and conducted tests. The tests, which they updated a few days after, stating that ‘he made it through the night.’ 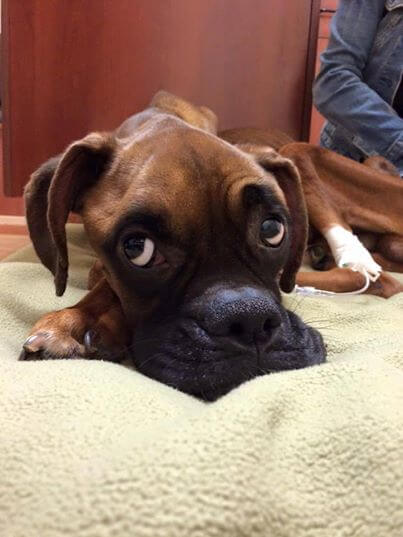 Brewster is currently on a 2-hour, slow re-feeding, giving him a higher intake of fluids that has drastically improved his peeing rate. 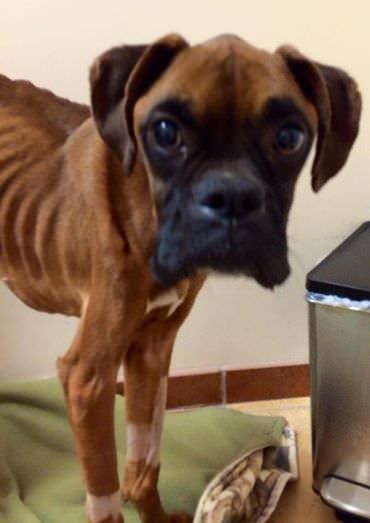 The vets’ said that Brewster is currently anemic and put on antibiotics to heal his infected sores. Brewster is thrilled to meet any stranger, be it the road or the lobby, said Amy Swift, the NY liaison for AABR. 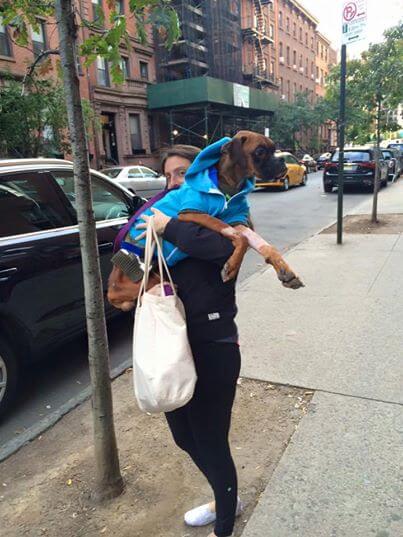 Brewster loves to go to kids on the street and snuggles. It is hard to believe he had a dark past. 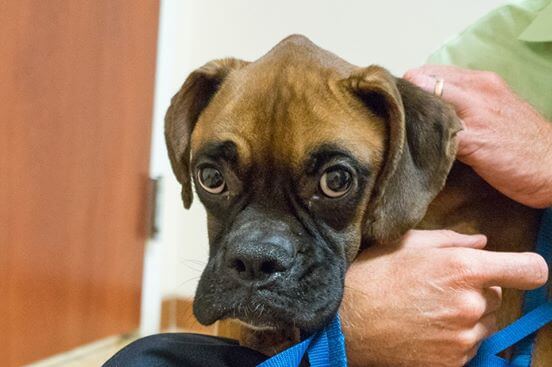 Brewster came to AABR and received $5,000 grant from Rescueme.org. 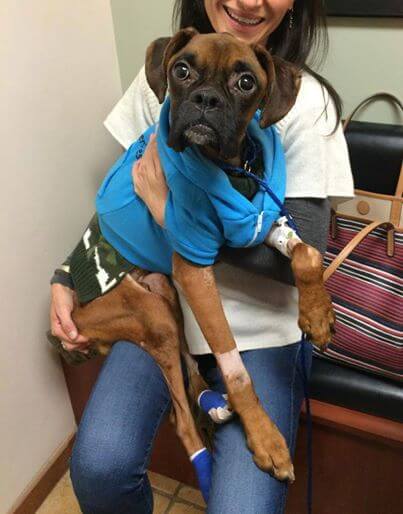 AABR updated recently that the NYPD had caught the culprit who is responsible for Brewster’s neglect and charged him with felony animal cruelty. 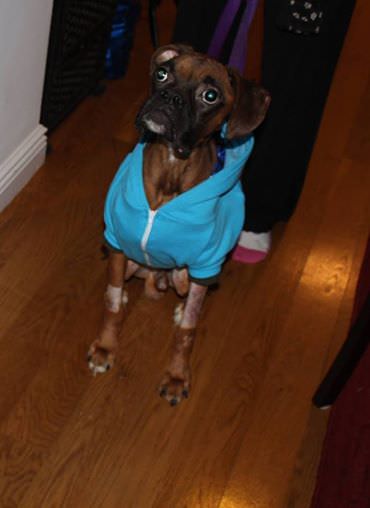