In April 2015, a woman spotted a stray dog from a distance outside Athens, Greece, whose face had completely hardened. 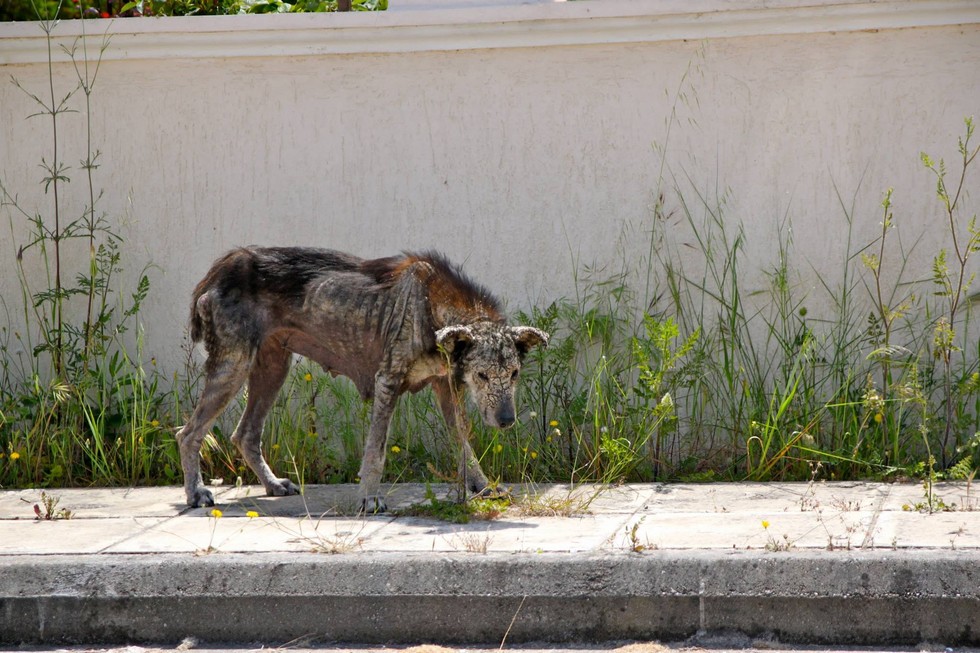 She took a photo and posted it to Facebook, in hopes that the right people would see it and come to help. The 5-year-old mixed breed dog was sick, terrified and had no way of knowing that day would mean the end of her suffering.

Petra, Greek for “stone,” had seemingly never interacted with people before, causing her to be terrified of them. Approaching her was nearly impossible — she would run away if anyone came too close. Rescuing her was extremely difficult, but everyone refused to give up. 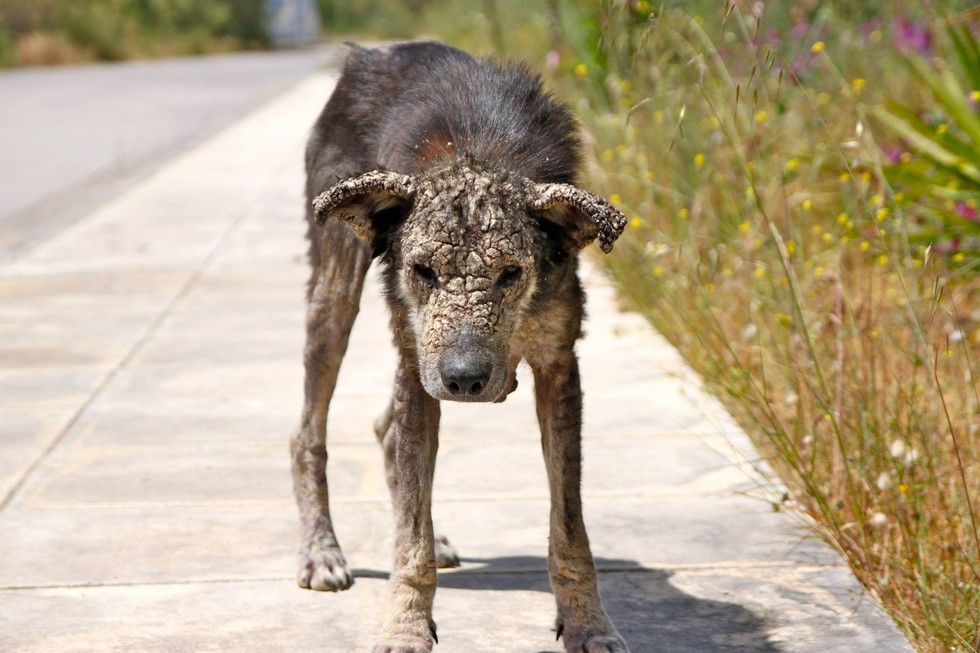 After she was finally captured, she was brought to the Save a Greek Stray shelterin Oropos, Greece. Valia Orfanidou, who has helped rehabilitate many dogs, met Petra and knew she had to help her. 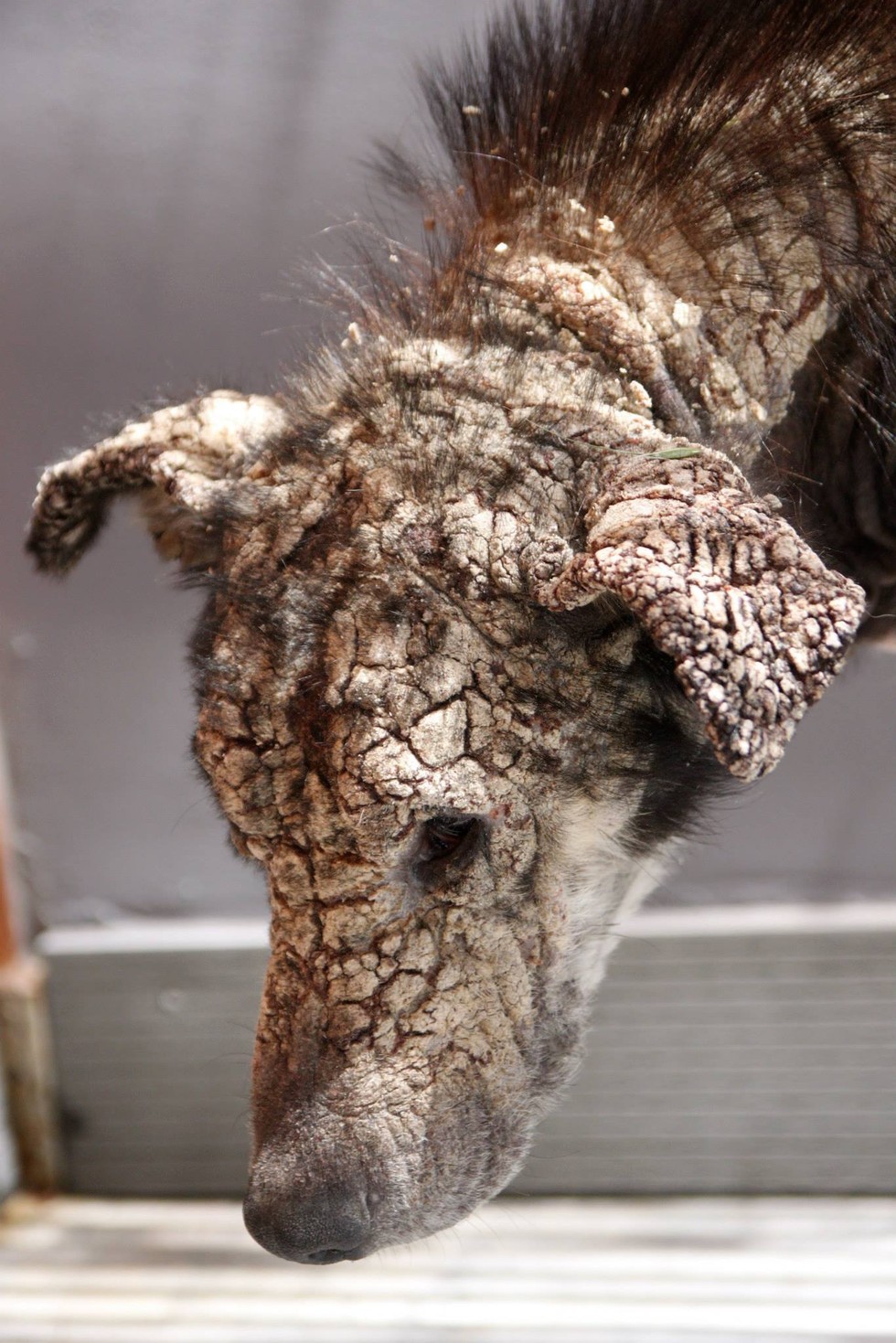 Petra was in extremely poor condition, and was treated for virtually everything, from mange, a skin infection causing painful scabs and leisions, to leishamiasis, an infection spread by bugs that can be deadly if left untreated. In fact, the severe mange diagnosis was the culprit behind Petra’s stone-like appearance.

But even as the treatment for her health issues began, her rescuers could see that Petra was still suffering. 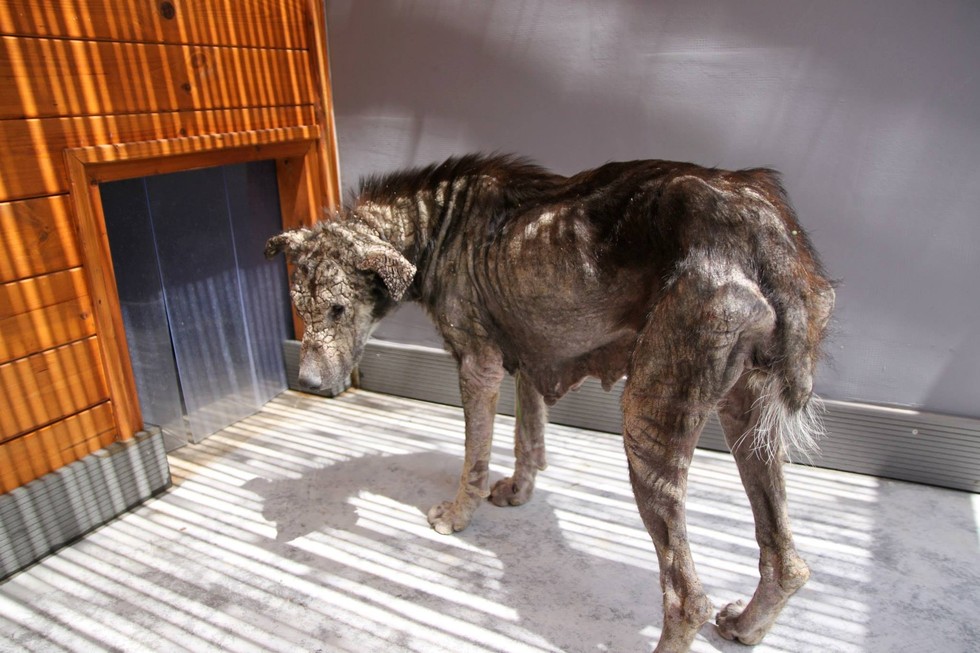 “The problem is she still didn’t trust anybody,” Orfanidou said. “She never wanted to leave her cage; she would hide every time she was approached and growl at the other dogs at the shelter.”

The first time Orfanidou tried to approach Petra, the dog was so scared she went to the bathroom in her cage — but Orfanidou refused to give up on her.

“The second time it took us one whole hour to walk just a few meters from her cage,” Orfanidou said. “She would make three or four steps, and then stop. I’d pull her slightly and then a few more steps.”

Every week Petra got a little bit braver. She became more and more willing to leave her cage, and slowly started to tolerate people touching and interacting with her. Orfanidou never gave up on Petra, and it paid off — because soon, she was a completely different dog. 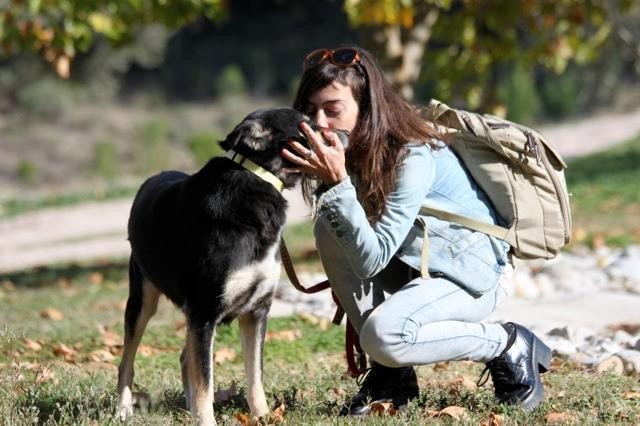 “She started wagging her tail and looked willing to play with us, her toys and the other dogs,” Orfanidou said. Petra, the dog who wanted nothing to do with anybody, was now more than ready to be loved. 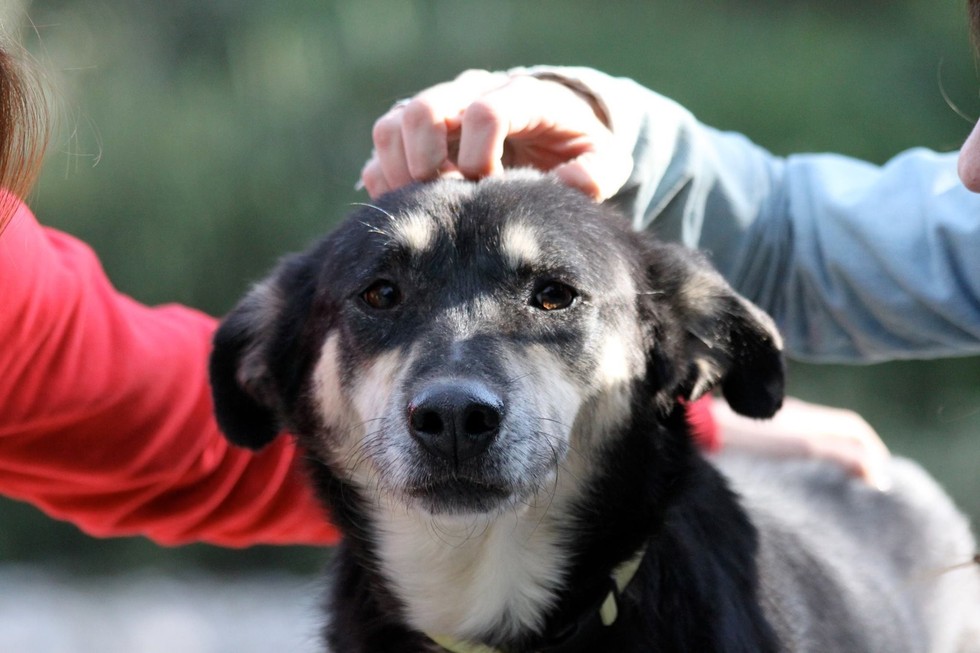 Now, Petra is completely unrecognizable. She is no longer skinny and mange-ridden, or terrified of interacting with people. She has become the most beautiful dog, both inside and out. 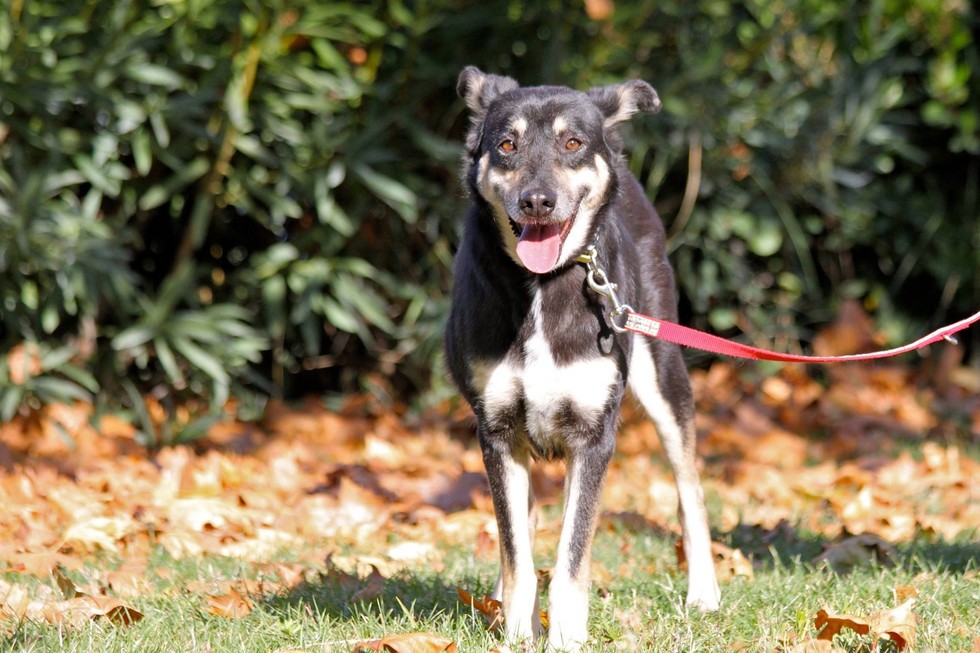 Petra is still searching for her forever home, and is ready to join her future family. If you live in Greece and would like to adopt Petra, you can contact Valia Orfanidou at [email protected] for more information.