When Jenny and Jimmy Desmond found Princess at a shelter, she was barely a year old.  She had been dumped and slated for euthanasia until the Desmonds decided to foster her. 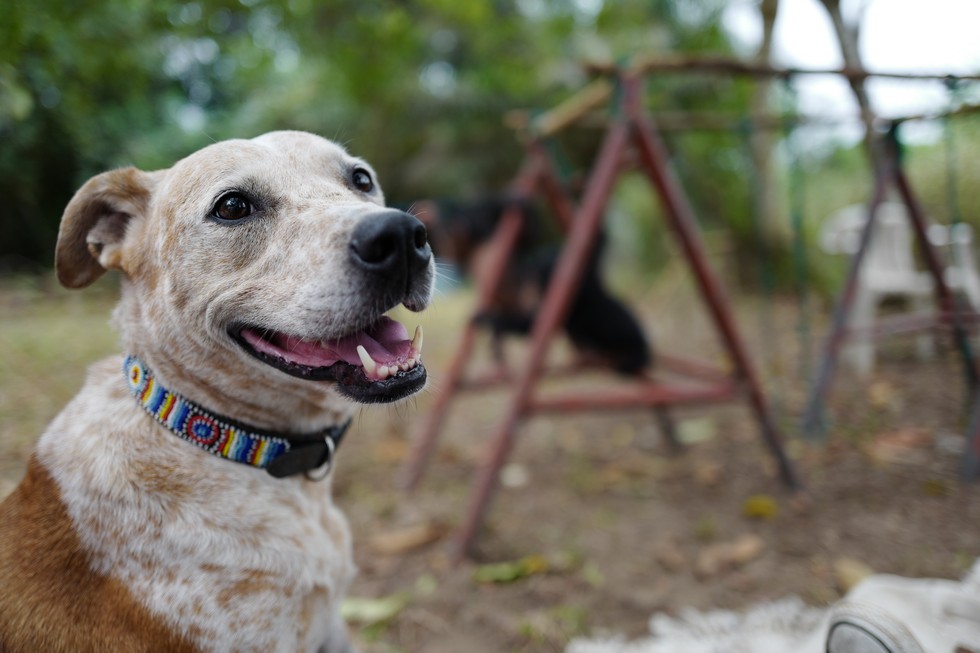 Princess knew a good thing when she saw it, and she wasn’t about to give up living with the Desmonds for anything. So when potential adopters came to visit, she acted out, basically trying to make herself as unadoptable as she could.

Knowing that Princess was trying to tell them something, the Desmonds decided to keep her.

Together, this family of animal lovers embarked on their own odyssey, a journey that would see them live in nearly 10 countries, while giving countless animals in need a second chance. 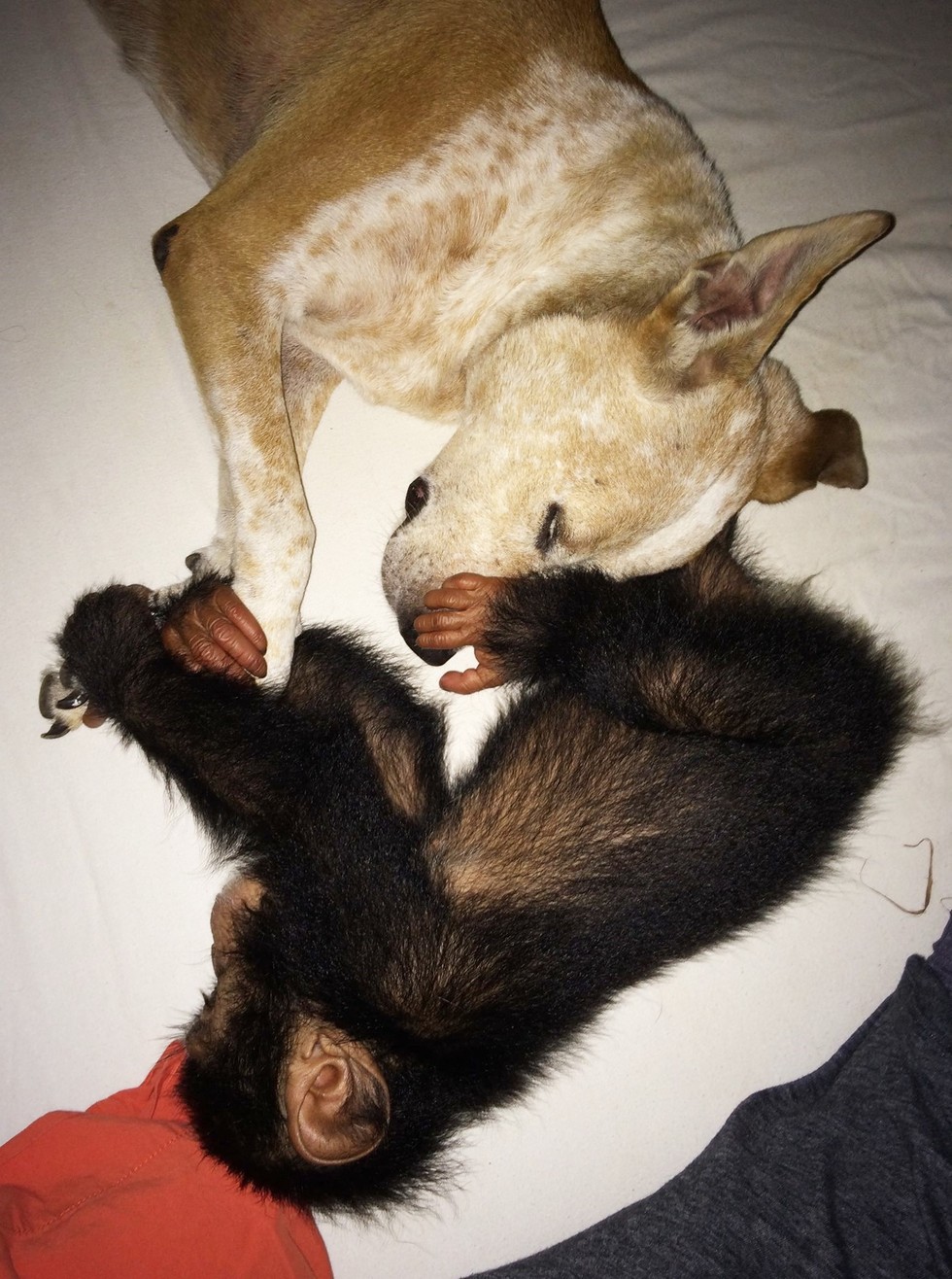 It turns out, that was Princess’ specialty. And she was a very busy girl. 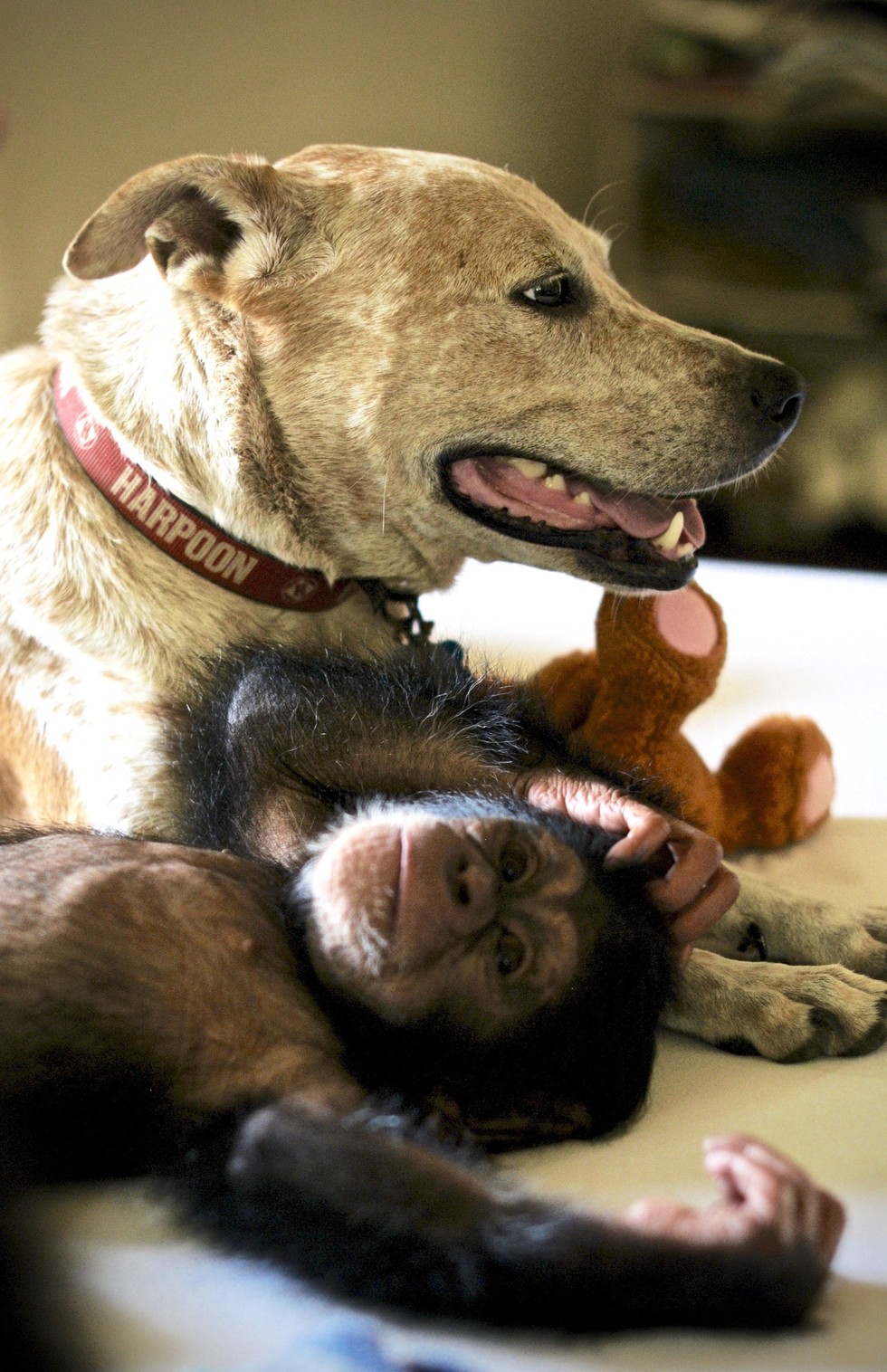 The Desmonds’ compassion for animals would take them to many countries, like Kenya and Liberia, where they live now. 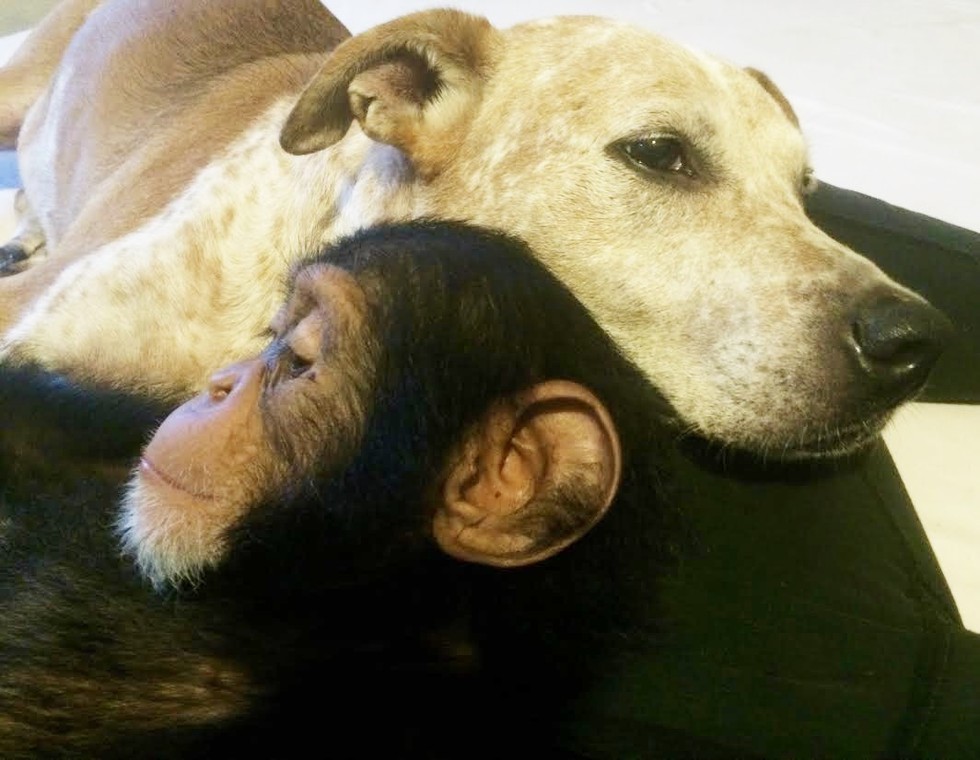 The Desmonds were there to help the dozens of chimps abandoned by the New York Blood Center.  The center just dumped them on small islands off the Liberian coast.

What might have been a death sentence for these apes, turned into something wonderful.  The Desmonds, along with the Humane Society of the United States (HSUS) and local rescuers, saved the apes by providing them with food and water. 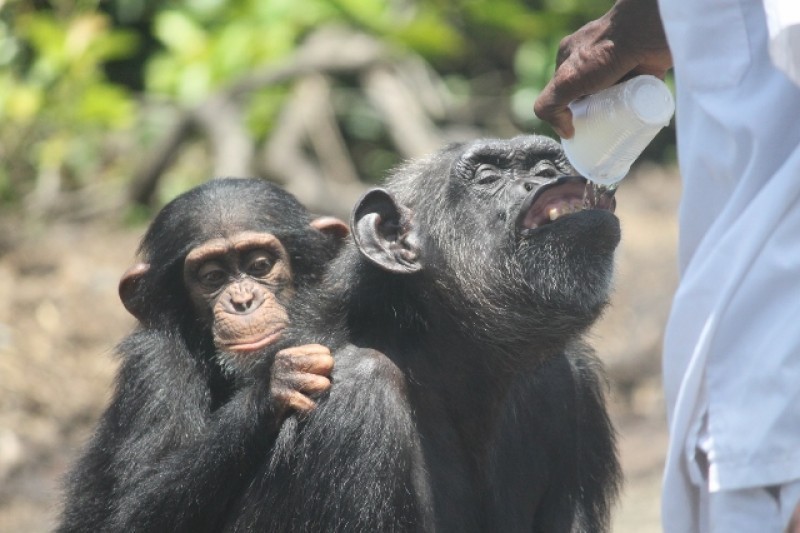 The Desmonds even worked alongside legendary primatologist Jane Goodall. 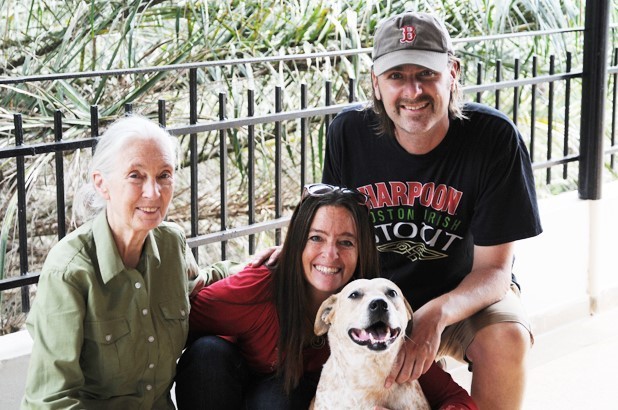 The Desmonds have since moved to Liberia, with Princess by their side.  In addition to still supporting the abandoned research apes, they harbor and heal victims of the illegal bushmeat and pet trades. 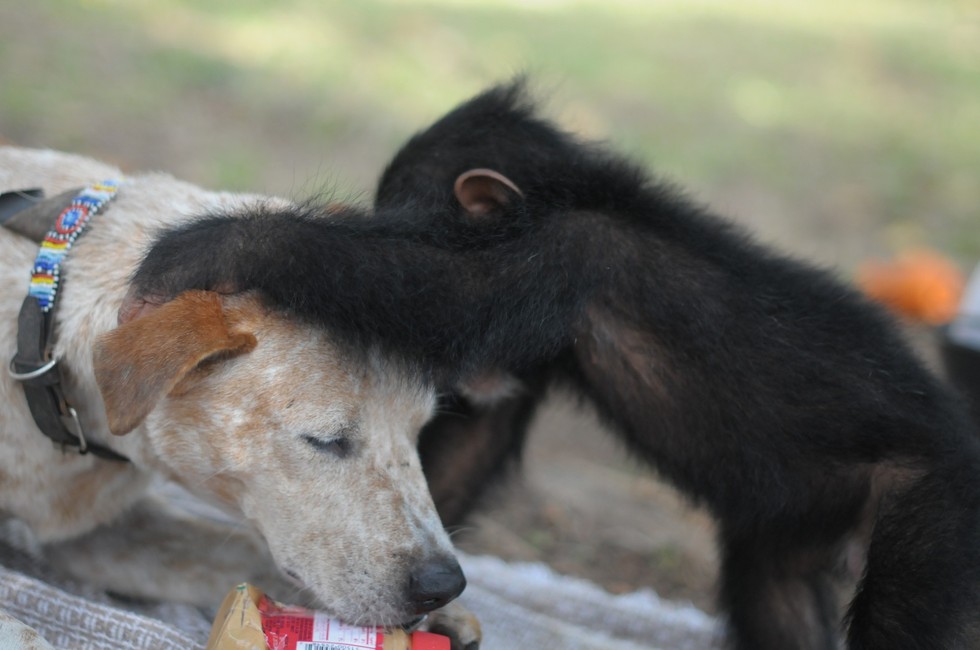 Five orphaned chimps have arrived at their doorstep, often in the arms of local wildlife officials who have heard of this family’s gift for helping animals. And a certain dog wastes no time making them feel right at home. 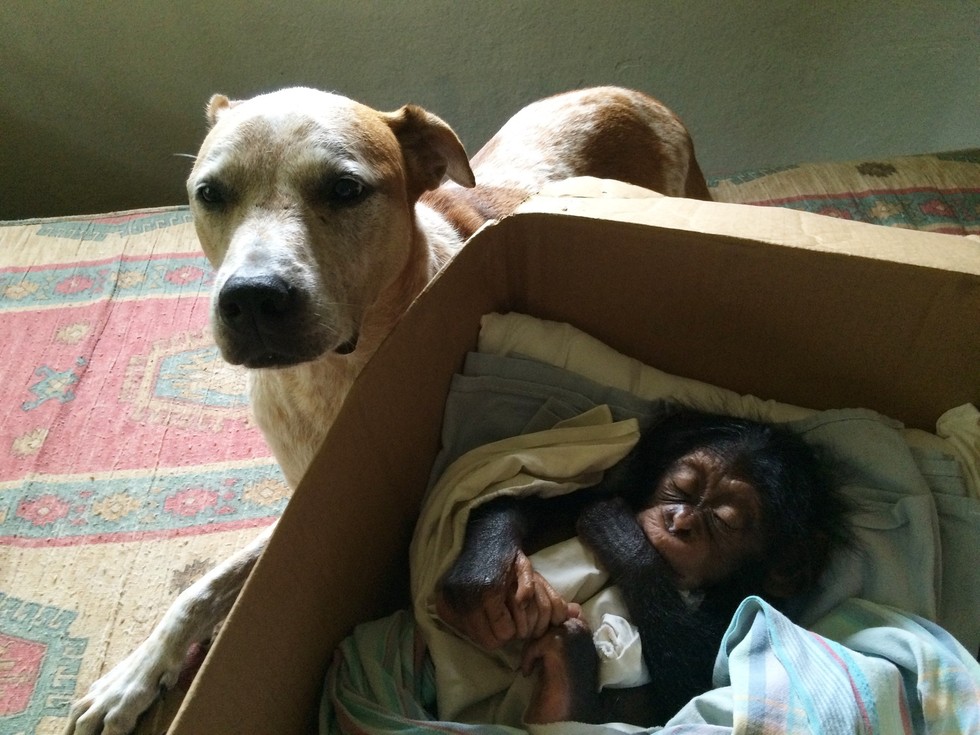 “Princess opens her heart and soul to the chimpanzees, allowing them a safe place to call ‘home’ and helping prepare them for their eventual integration into a new chimpanzee family at the rescue center,”

Desmond stresses that these chimpanzees are not pets. Many of them lost their mothers to poachers.

“They are being rehabilitated in Liberia so they can one day live with a chimpanzee family, where they belong,” she says. The Desmonds are working with HSUS and the Liberian Forestry Development Authority, among other partners, to build Liberia’s first chimpanzee sanctuary. 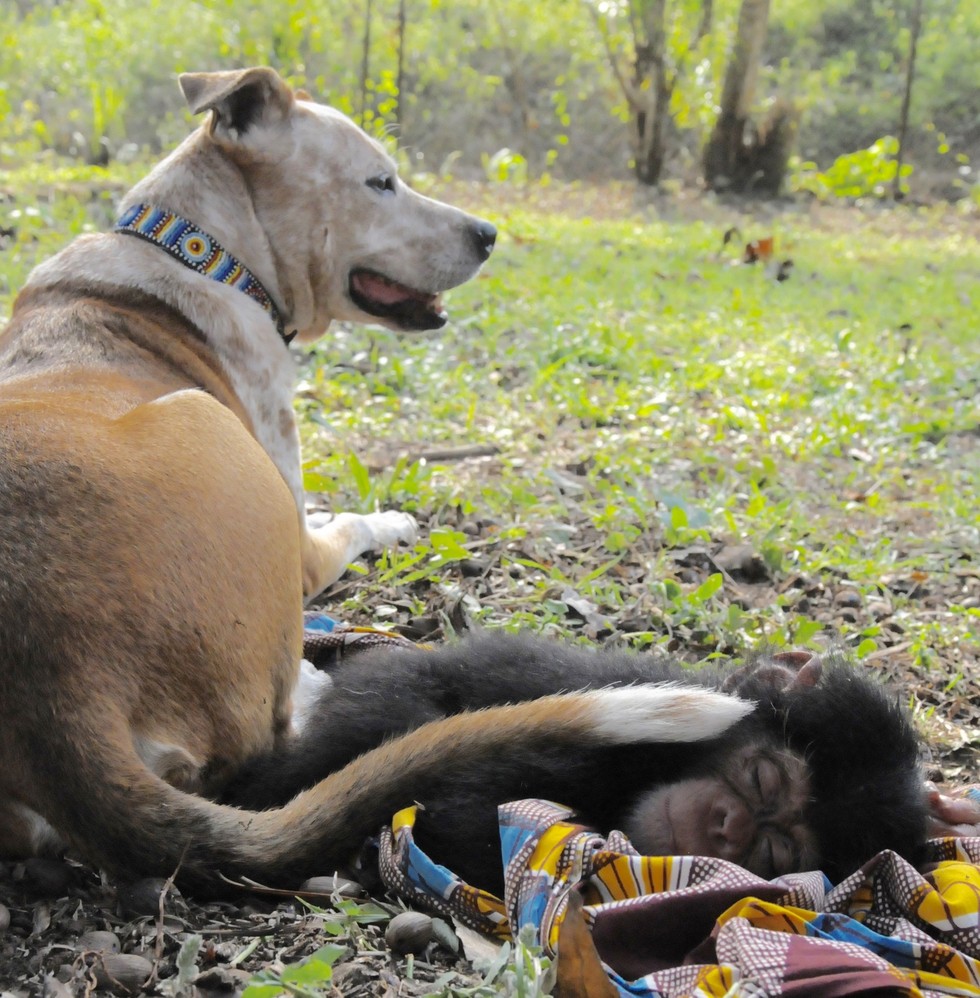 “We have a list of more (chimps) in need as soon as we have the capacity and resources to take them,” Jenny adds. “The goal is to provide care and give them a future lifetime with other rescued chimpanzees, not humans.” 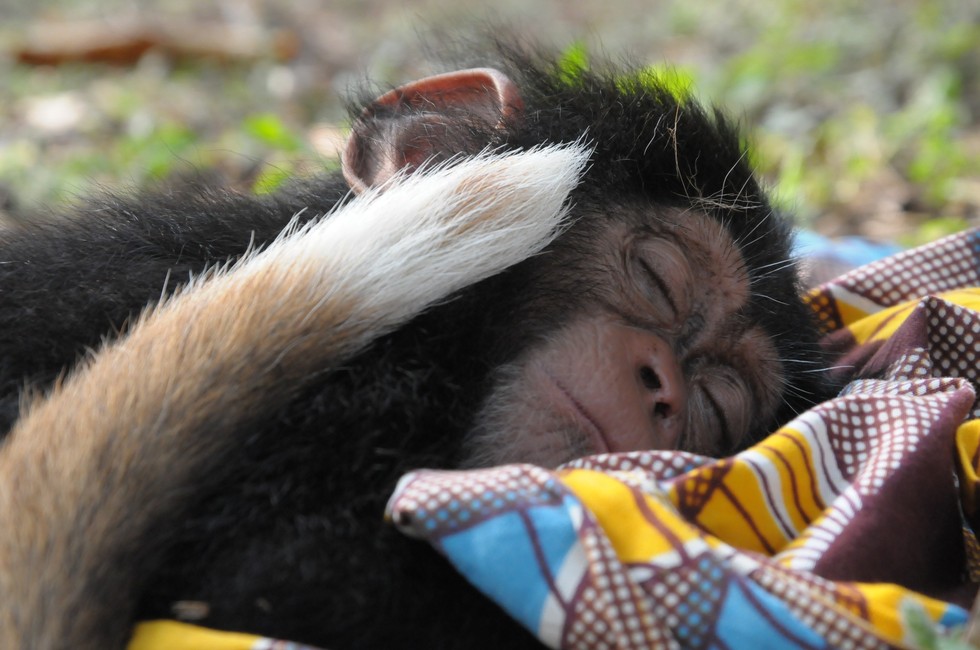 And Princess will be there with them every step of the way. 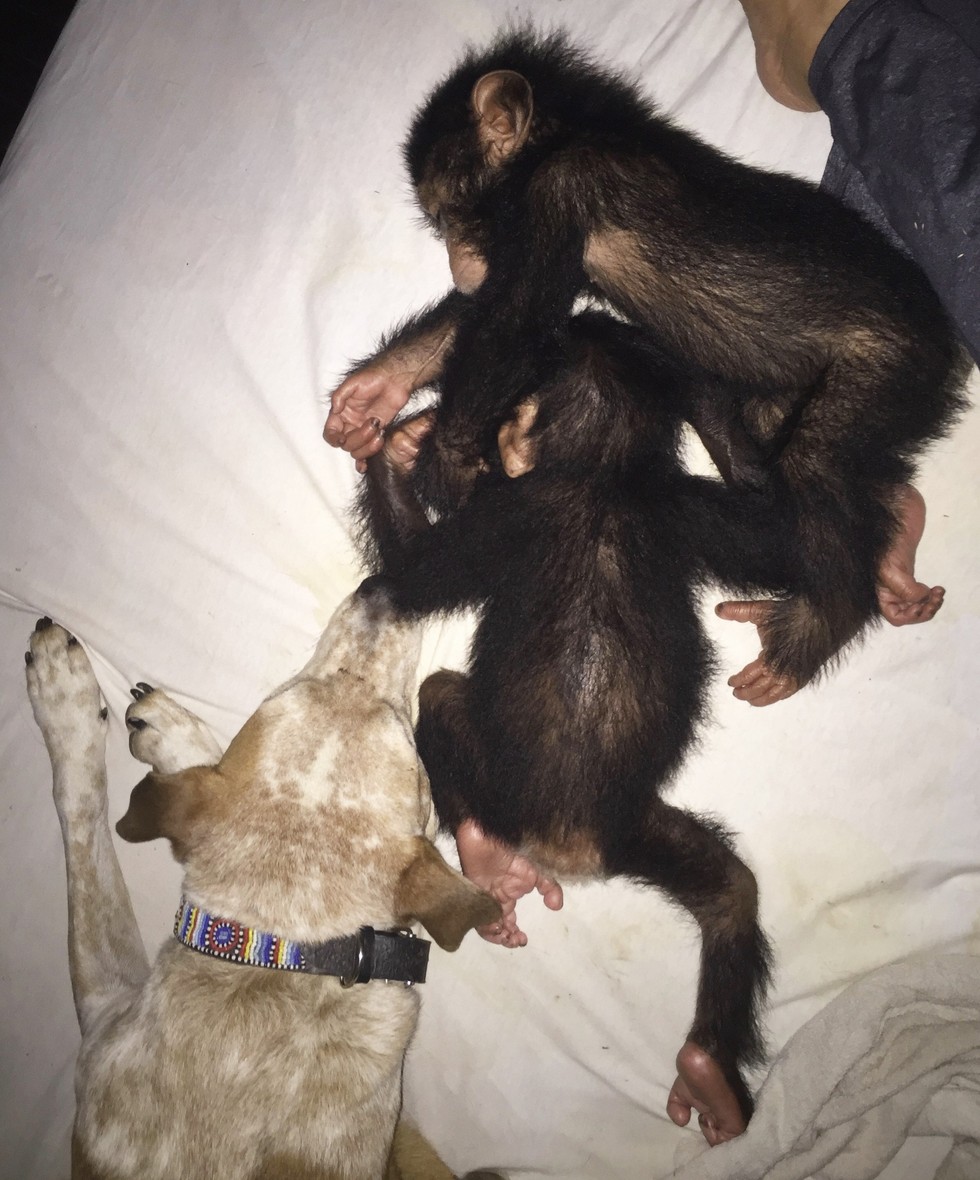