Adorable Milkshake was rescued by an animal sanctuary after being cooped up in a tiny cage by an animal haorder who took her from her mother when she was two weeks’ old.

By the time she was rescued and freed, poor Milkshake had never had any interaction with other cows – and took to following ranch worker Beth DiCaprio around with her dog, Riley. 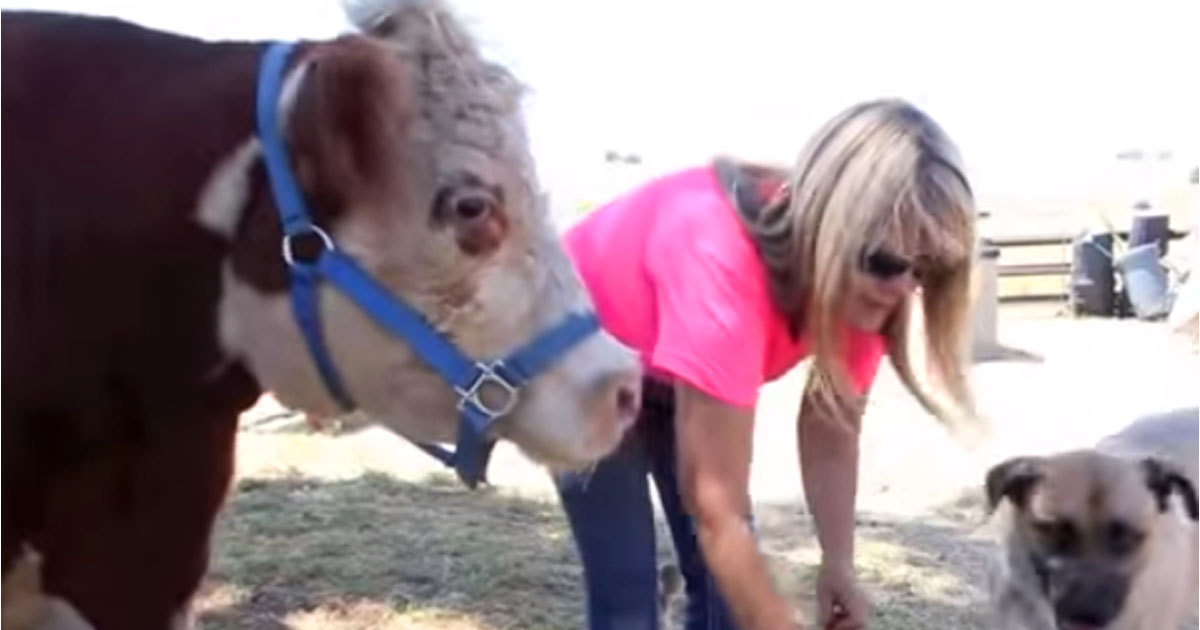