Home
chimpanzee
Chimp With A Sad Past Takes Comfort In Tiny Troll Doll
Foxie was born in August of 1976 into a lonely life. Subjected to laboratory research on hepatitis vaccines, Foxie was compelled to produce more chimpanzees for research. But she never got to raise them.   Foxie gave birth again and again, but all four of her babies, including a set of twins, were taken away from her just after being born. 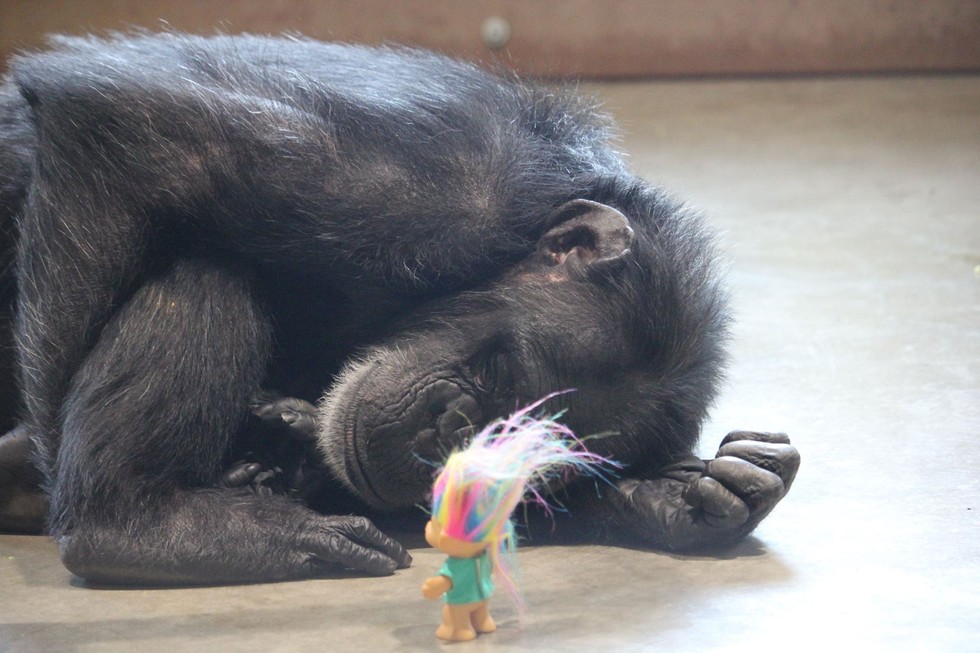 When Foxie retired to Chimpanzee Sanctuary Northwest in 2008, the caregiver at the lab warned that Foxie was not to be trusted, that she would be rough if people got too close. 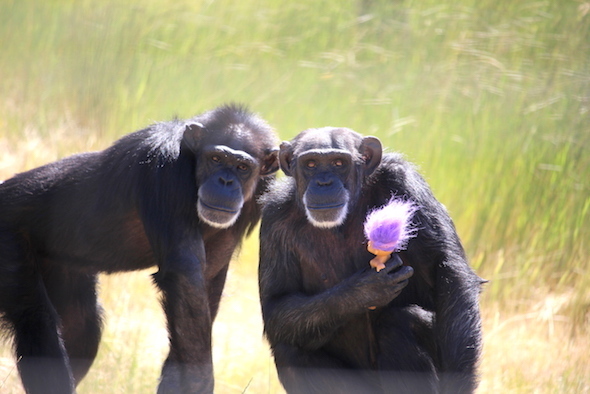 “When she arrived at the sanctuary she was aloof for a time around humans and cautious about her surroundings,” Diana Goodrich, of Chimpanzee Sanctuary Northwest said. “She would not play with or even touch any of the toys and other items we gave the chimps.” 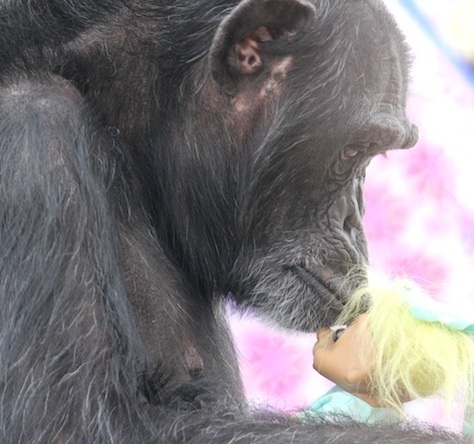 Until they gave her a troll doll. Her first troll doll was one with bright pink hair in 2008. Since then, she’s adopted many more. Foxie and her troll dolls have been inseparable. 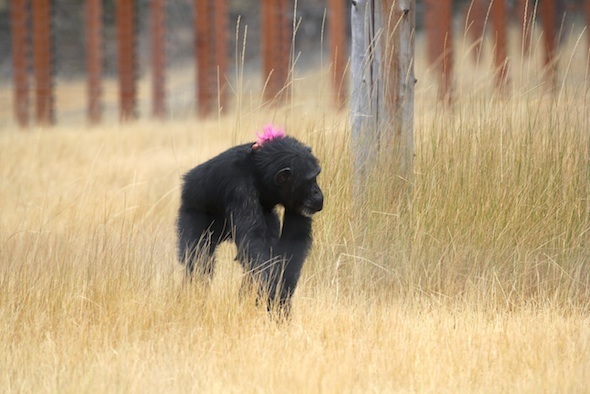 “Sometimes she carries the dolls on her back like a chimpanzee mom would do with an infant,” Goodrich said. “So we’ll just see a hint of troll hair on Foxie’s back when she’s walking around.”

“After all the years of deprivation, she has something that is hers,” one commenter wrote on Facebook. “Beautiful and tragic.” 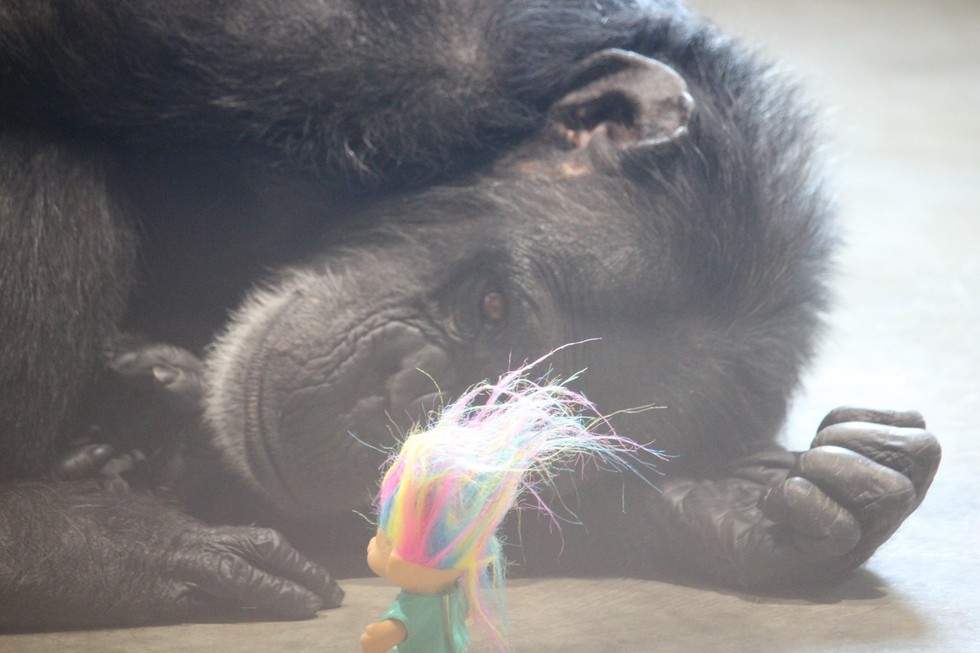 “Does she have enough trolls or is it possible to send her one?” wrote another. “I collect them so I have many.”

The answer? “She has hundreds 🙂 but she’s always excited to get a new one.”