Hope For Paws is a non-profit organization that rescues abandoned and abused animals. This story is about a stray dog who had been living on the streets his entire life until Hope For Paws stepped in. They received a call about the dog and arrived on scene to help. The dog was afraid of humans and wouldn’t let anyone near him. Immediately upon arrival, the dog saw the team and took off into a busy intersection. 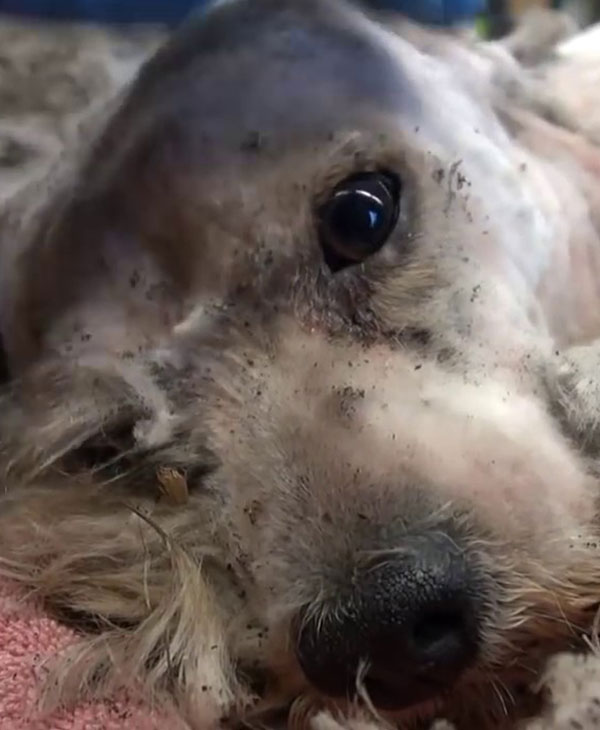 The team began running after him, hoping to stop anything bad from happening to the poor dog. They were eventually able to trap him in a gated enclosure and slip the ‘stick’ around his neck.

The dog, whom they named, Benji, had never known a loving touch and began trying to escape. He did not trust the rescuers and was very scared. Slowly, they were able to earn his trust and gently pet his back. He calmed down and stopped panting stopped. The team patiently took their time to let him know he was safe.

Once they slipped the ‘Lucky Leash’ on his neck, it was then time for Benji to start a new life. They placed him in the car and took him to the vet to be examined.  A Hope For Paws Representative said it was one of the worst mattings they had ever seen. It was time to shave away a lifetime of neglect. Just look at him now… 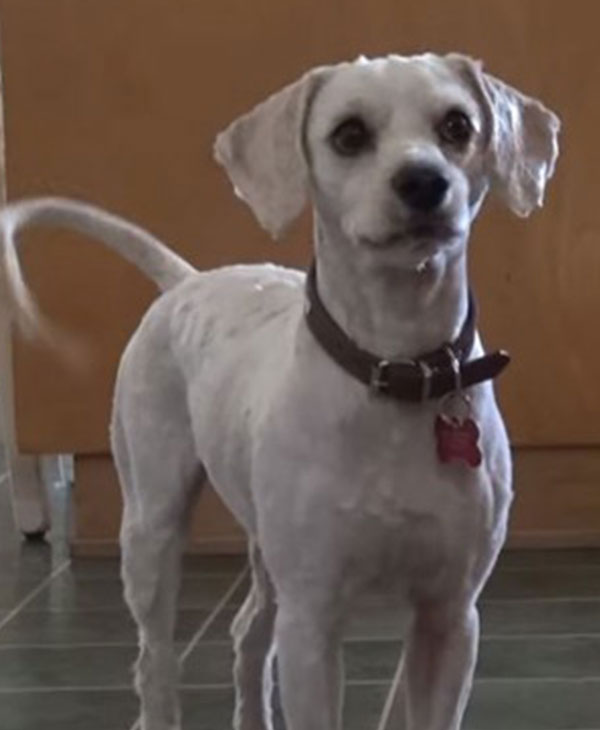 After Benji’s makeover, Lisa Chiarelli of Hope For Paws began working on healing his soul. The poor dog was shut down for more than ten days, but Lisa continued to show him love and support.

Benji met two friends, Lola and Frankie who helped him come out of his shell and become a happy and healthy dog. Today you would find him running, playing and enjoying life with his two best buddies.

Watch the video below of Benji’s journey: