Home
all animals
Tiniest Little Tortoises Are Cutest Twins Ever

Chris Leone, the founder of tortoise breeding and conservation group Garden State Tortoise LLC, was waiting for a clutch of western Hermann’s tortoise eggs to hatch this week when he noticed one of the hatchlings was having trouble getting out of his egg. While Leone doesn’t usually assist in the hatching process, something prompted him to step in – and he found the cutest little surprise. 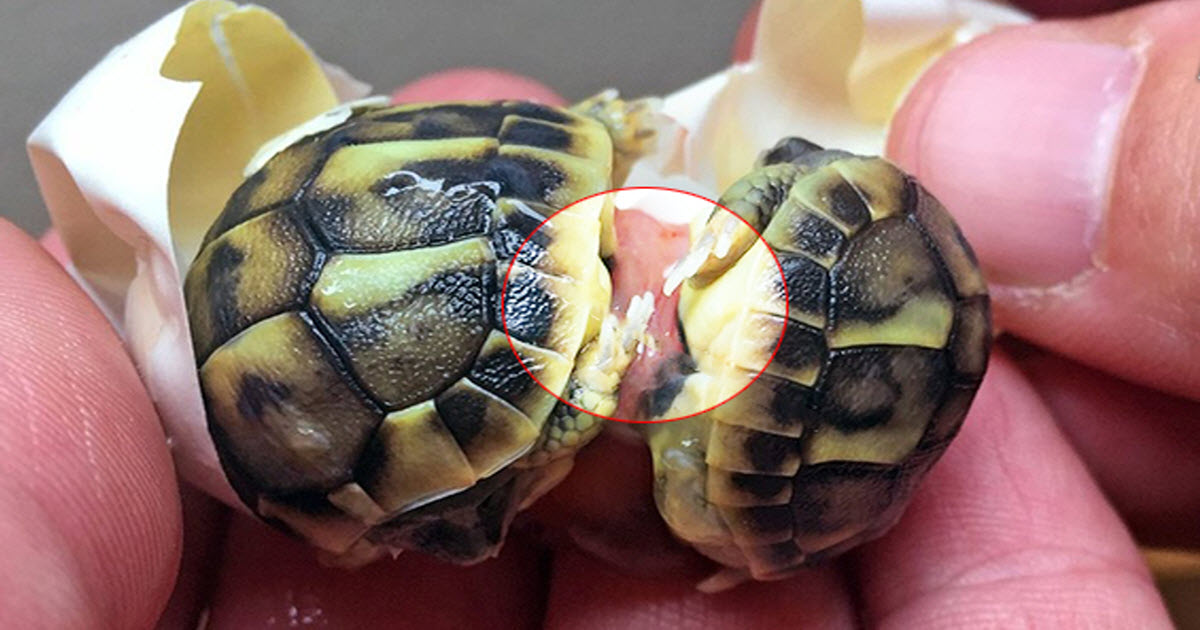 Inside were two teeny tiny tortoise twins, who were both attached to the same yolk as the larger one tried to break out. They were “perfectly formed” and healthy, Leone said, describing them as “little beauties” in a Facebook post.

And they certainly are – right down to their little matching tortoise claws.

After the yolk was absorbed, Leone needed to help them detach from the sack – and each other. He and a helper tied dental floss across the part connecting them, which helped them detach on their own a few days later. “It’s always best not to interfere with these animals but sometimes it’s needed,” he wrote in a video of the process. “In this case, our help was needed for their survival.”