A suspicious suitcase with tiny air holes was left outside the home of a veterinary nurse on a street in London. She was stunned when she opened it and found 15 kittens inside.  Surprisingly,  all 15 kittens, a mixture of tabbies, grays and black and whites aged between three and five weeks old, survived the ordeal of being squeezed into the case with only a few air holes to breathe.34 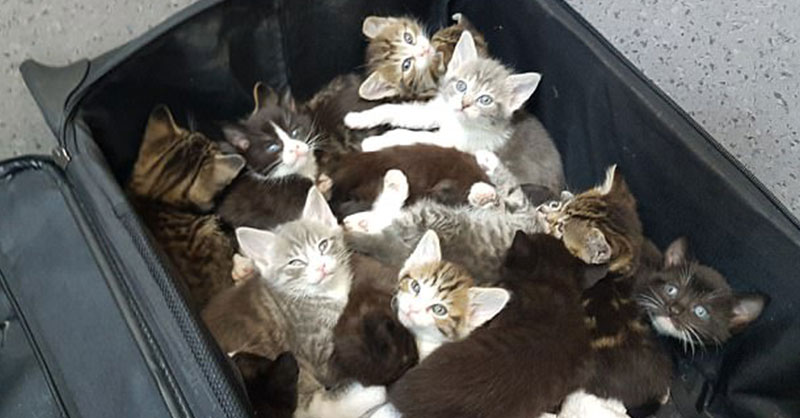 After she found the 15 kittens, she turned them over to the Cats Protection Hornchurch & District Branch. 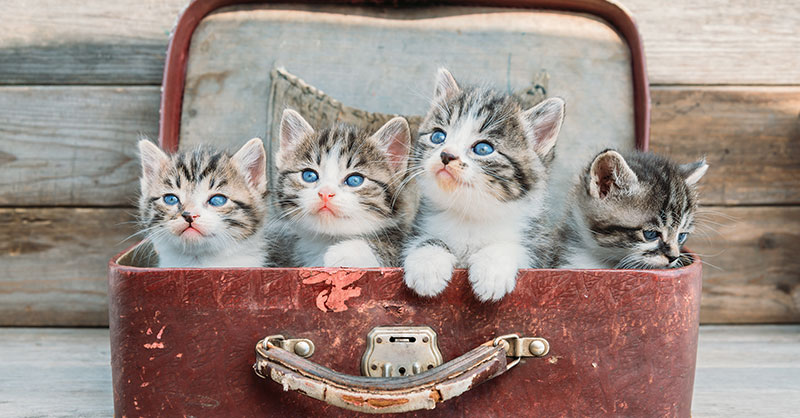 “Sadly, the case was found [standing] up, which meant the kittens would have all been laying on top of each other,” said Alison Gambles, a spokeswoman for the shelter. It is believed that the kittens came from several litters born either three to five weeks ago. Because they were so young they had to bottle feed them.

They have all been checkout and treated for eye infections. All 15 kittens are happy and healthy. “They are all doing fine,” Gambles said. “They are a full bundle of mischief.”